Republicans are literally being laughed at while trying to defend Trump

Witness Joni Ernst, who was met with laughs while trying to explain her position on Trump 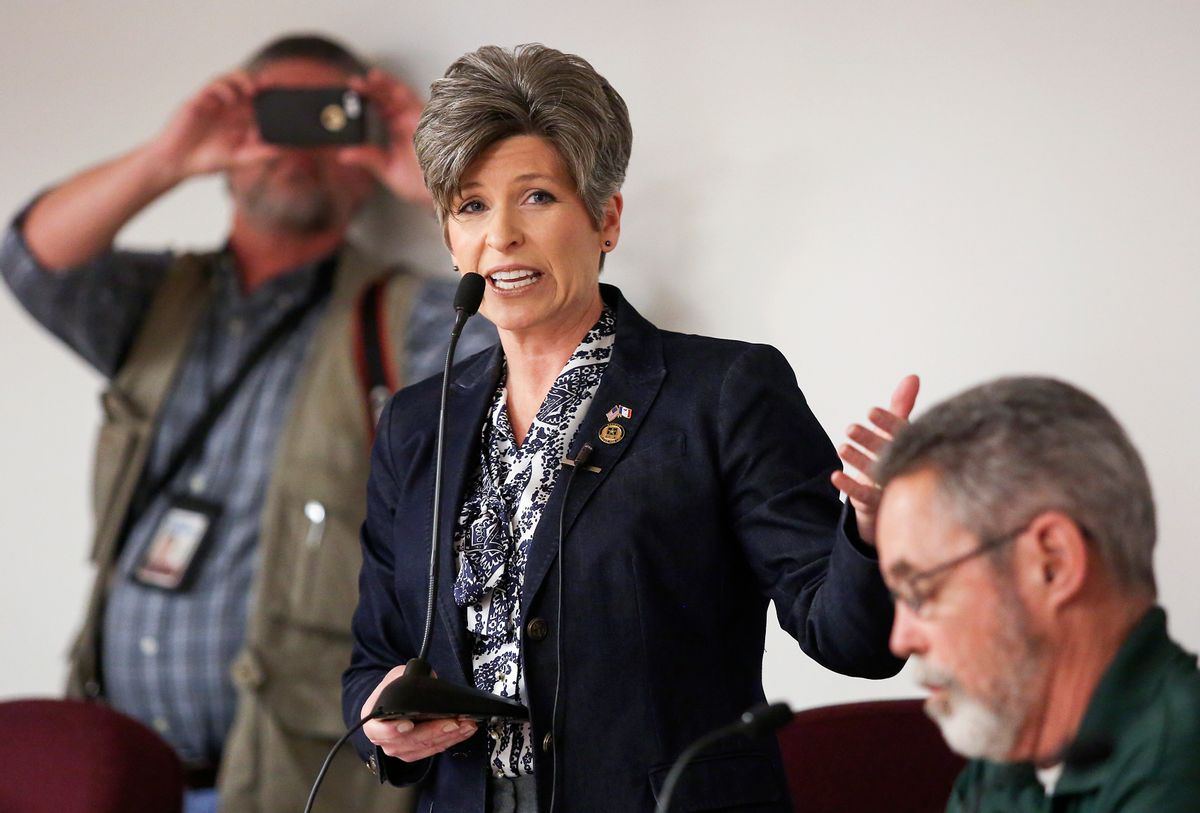 Sen. Joni Ernst, R-Iowa, tried to defend President Donald Trump from backlash for saying he'd rather have Norwegian immigrants than minorities — and left many of her own constituents unconvinced.

This wasn't the only time since the start of the year that Ernst has been scorned by her own constituents for carrying Trump's water. During another meeting with constituents, Ernst was confronted with a voter who expressed concern that the president was damaging America's international relationships with his "white supremacy talk."

"I don't respond a lot to what the president is saying because, you know what, if I'm going to talk, I want to talk about the things I'm working on and the things that are important to Iowa," Ernst told the audience.

She added, "He is standing up for the countries where we have seen --" an audience member interrupted and asked Ernst to name a few; she mentioned Norway — the same country Trump said he wanted to send more of its people to America as immigrants instead of El Salvador, Haiti and the nations of Africa he described as "s**thole countries."

Ernst has not always been so inclined to go easy on the presidents under whom she has served. In 2014 she aroused controversy after describing President Barack Obama as someone who had "become a dictator" and should either be "removed from office" or be impeached, according to Yahoo News. She later walked back her statements, admitting that there was no evidence that Obama should be impeached and adding that he wasn't a dictator, although she still insisted that "his repeated use of unilateral action sure makes him look like one."

White House press secretary Sarah Huckabee Sanders has also been defending Trump from charges of racism. Speaking to reporters on Tuesday, Sanders insisted that the president couldn't be racist — because he had once had a reality TV show and many of his current critics have allegedly asked him for money.

"I think that is an outrageous claim," Sanders told reporters. "And frankly I think if the critics of the president were who he said he was, why did NBC give him a show for a decade on TV? Why did Chuck Schumer and all of his colleagues come and beg Donald Trump for money?"