“Sh**holes” vs. Norway: Trump’s merit-based immigration scheme based on lies

Pop quiz for Kirstjen Nielsen: What country has the shortest work week and most generous welfare? Is it a sh**hole? 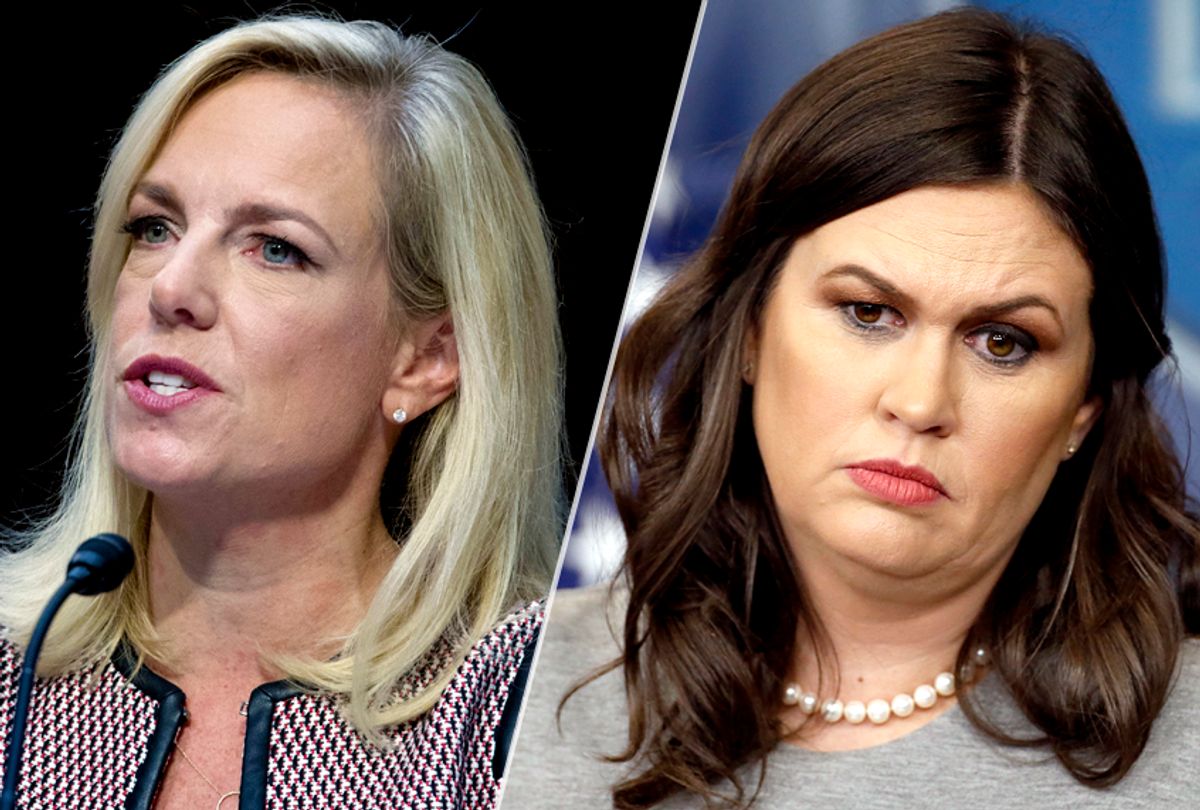 A bit lost in the outcry and feuding accounts over last week’s White House meeting, in which Trump is reported to have decried legal immigration from “shithole” countries like those in Africa, has been the administration's troubling assertion that the president reportedly contrasted places like Haiti and El Salvador to Norway because he believes Norwegian immigrants will be more likely to help the United States.

On Tuesday, Kirstjen Nielsen, the hand-picked successor at the Department of Homeland Security to current White House chief of staff and former DHS head John Kelly, continued to protect the president and the hardline conservatives who scuttled a bipartisan immigration deal during that Oval Office meeting. Nielsen, who was present at the now-infamous meeting, told the senators on the Judiciary Committee that she could not recall if Trump used the world “shithole” to describe African nations, even though the White House has never officially denied it and Sen. Dick Durbin, D-Ill., has repeatedly confirmed the president said it. Trump’s denial, which was neither direct nor unambiguous, came the next morning on Twitter.

“I did not hear that word used,” Nielsen told Sen. Patrick Leahy, D-Vt., claiming she couldn’t remember Trump’s words from only five days before.

That’s not the potential lie, however much it may strain credulity. It was Nielsen’s attempt to brush aside the president’s offensive suggestion that revealed the racism not-so-subtly hidden behind Trump’s proposal for a “merit-based" immigration system. (Despite his claims on Tuesday that he welcomes immigrants from "everywhere," Trump on Friday complained about immigration from "high-crime countries" that are "doing badly.")

Leahy went on to press the DHS head on Trump’s reported comments that he would prefer more immigrants from Norway.

“I don’t believe he said that specifically,” she responded, before attempting to decode the intent behind Trump’s words that she could not recall:

I think what he was saying is -- as far as best I can tell, and as you know, there were about a dozen people in the room, there were a lot of cross-conversations, there was a lot of rough talk by a lot of people in the room, but what I understood him to be saying is, let's move away from the countries, and let's look at the individual and make sure that those we bring here can contribute to society.

Nielsen said Trump’s call for people from Norway was not about race but merit.

“What he was referencing is, from a merit-based perspective, we’d like to have those with skills who can assimilate and contribute to the United States, moving away from country quotas and to an individual merit-based system,” she said.

Nielsen apparently agrees with Trump that Norwegians work "very hard" and, in context, seems to think Haitians and Africans do not. The White House took this argument that immigrants from such nations have no contribution to make to America a step further Tuesday afternoon.

“When he denigrated Haiti, El Salvador, Africa — countries where we are trying to have some ability to match China and others in influence — he didn’t say it was because we needed more Ph.D. students and skilled workers,” Leahy said. “He said he wanted people from Norway. Being from Norway is not a skill.”

While the good people of Norway certainly work, Nielsen’s attempt to recast Trump’s words as a recognition of a particularly industrious nation is laughable at best. About 20 percent of the Norwegian population receives government assistance. As Arizona State University law professor Orde Kittrie explained in the Wall Street Journal, Norway’s generous labor laws grant workers the shortest work week in the world:

Norway is fabulously wealthy, thanks to North Sea oil. Its economic output per capita is 20% higher than America’s. Little Norway’s government pension fund is the world’s third largest, valued at around $1 trillion. Lucky geography has allowed the country to become a cradle-to-grave welfare state, with free university tuition and universal health care. Norwegians topped the global happiness rankings in 2017. Only 502 of them moved to the U.S. in 2016.

Still, Nielsen's contention that Norway is full of notably hard-working people is her potential perjury. It’s her unbelievable claim that she is not sure about the country’s racial makeup.

“Norway is a predominantly white country, isn’t it?” Leahy continued to press Nielsen.

“I actually do not know that, sir,” she said, “but I imagine that is the case.”

It’s not a matter of imagination. According to the CIA’s World Factbook, 83 percent of Norwegians are ethnic North Germanic people, and another 8 percent are European.

There’s obviously no way to prove that Nielsen lied deliberately. But the person in charge of Homeland Security is willing to have us believe that she is unsure about the demographic makeup of a NATO ally, and cannot recall hearing the president call an entire continent a “shithole.”

Leahy on Tuesday called Trump's remarks “the most vulgar and racist thing I’ve ever heard” from a president, either Democrat or Republican. Perhaps the Democrats could back such tough words with tough action and strip any potential bipartisan deal to save DACA of language that eliminates the diversity visa lottery – a program that disproportionately aids immigrants from those “shithole” African countries.