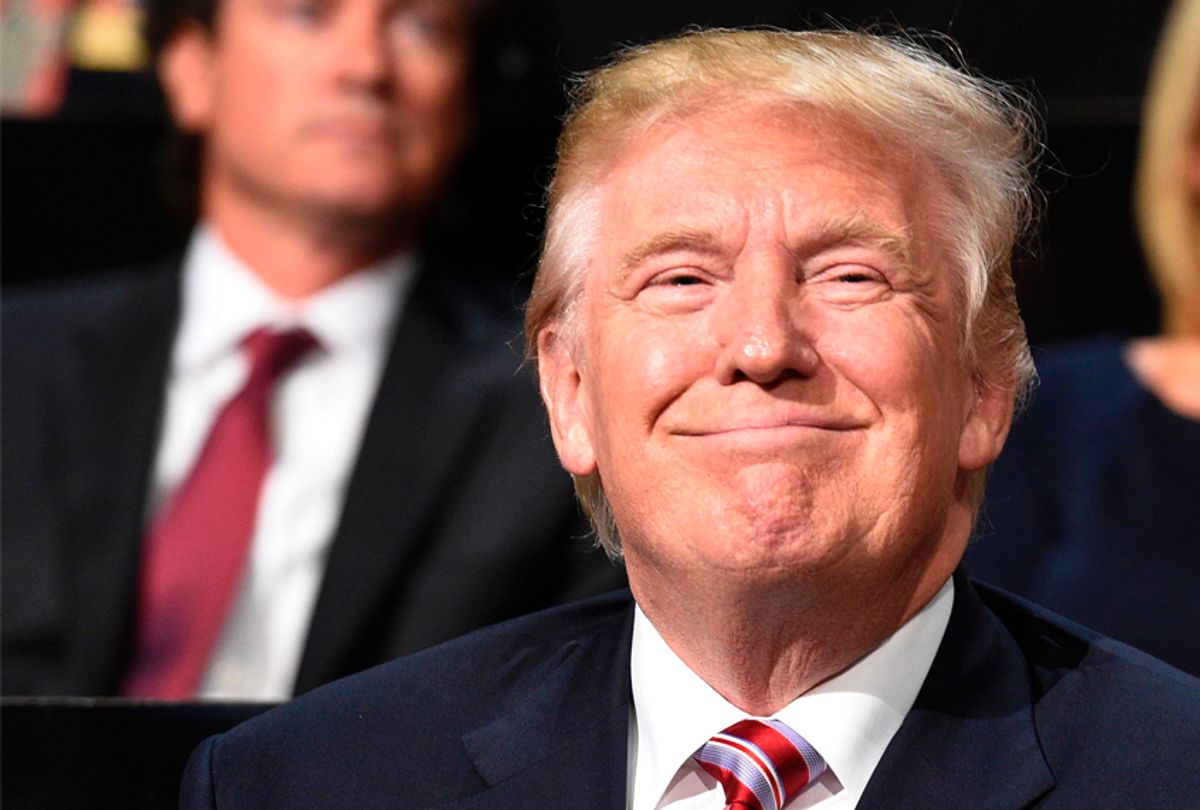 On Tuesday, the White House gave the country the results of President Donald Trump's first medical exam. As the administration would say, the president — whose daily diet reportedly includes a 2,500-calorie one-sitting gut-buster — is in fine health, all things considered. But the devil's in the details, and the details of the medical exam are raising eyebrows.

The president is 239 pounds, according to Dr. Ronny Jackson, the White House physician since 2006. At a claimed 75 inches tall, Trump is one singular pound shy of being considered obese by the prevailing standard. It's easy to think that were President Barack Obama to be found just shy of earning a similarly embarrassing label, conservatives would have screamed that there was a cover-up taking place. That's exactly what liberals did on Tuesday night.

Some on Twitter pointed out that Trump's weight was comparable to athletes who are in much better shape — though it should be noted that muscle is a lot heavier than fat. And the president, who reportedly feasts on fast food and is definitely averse to exercise, limits his walking to the distance between the golf cart and the tee and bicep curls when he needs to lift the remote.

Coming to the defense of Jackson, the doctor who examined Trump, was David Axelrod, who touted Jackson's résumé (he's a naval doctor who has worked in previous administrations).

But one of the biggest critics — maybe the hero of the nascent girther movement — is Dr. Sanjay Gupta, who challenged Jackson during a briefing Tuesday, getting Jackson to admit that President Filet-O-Fish has heart disease.

"He is taking a cholesterol-lowering medication, he has evidence of heart disease and he is borderline obese," Gupta asked. "Can you characterize that as excellent health?"

"I would say the dose of his cholesterol medicine is very low," Jackson replied. "If we [change] the diet and exercise, I just don’t think that he has much room to do anything else."

Jackson also said that Trump's mental fitness got passing grades. This, too, didn't leave many satisfied. Trump took what's known as the Montreal Cognitive Assessment, a screening protocol for memory loss or early dementia. The test required Trump do do such strenuous tasks as recognizing a lion and "remembering a list of five words, right away and five minutes later," according to NBC News.

The Montreal test set the bar rather low for Trump, who aced the exam.