In or out of the NFL, kneeling or standing, the athlete is doing exactly what needs to be done in the Trump era 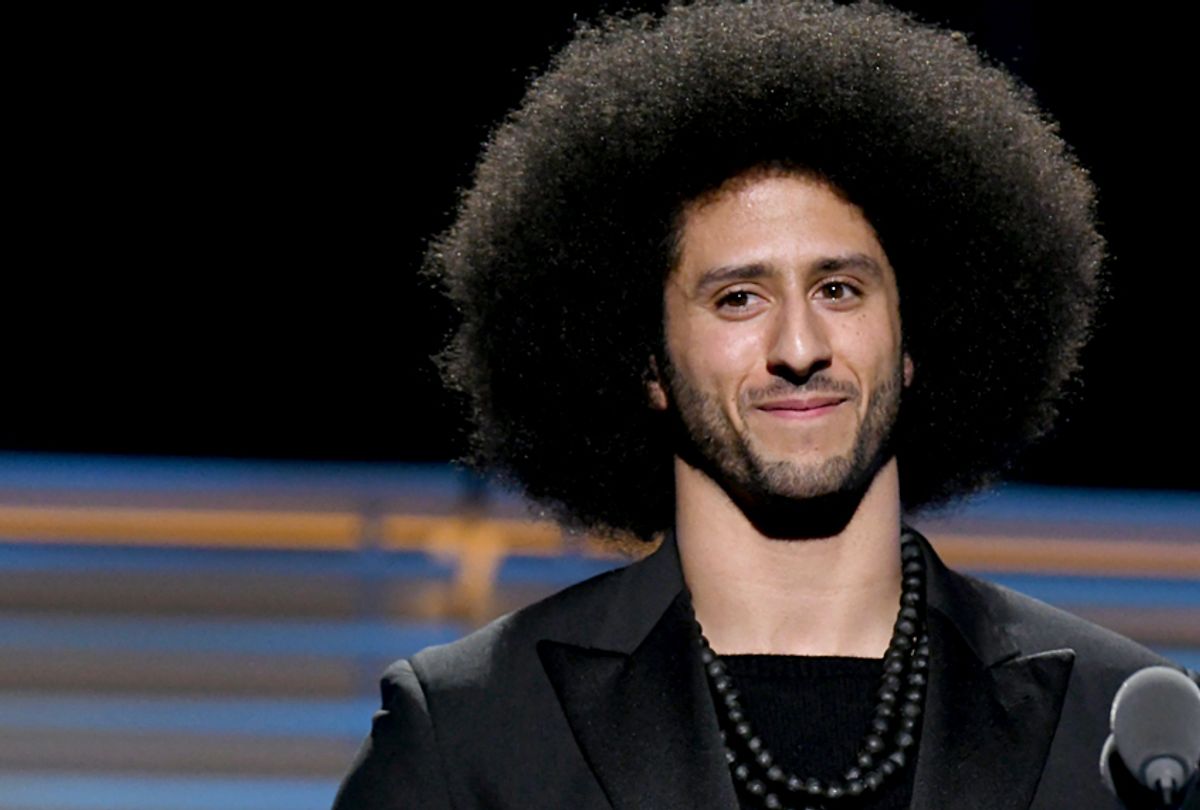 Colin Kaepernick is back at it again. This week, the former NFL star-turned-activist, announced that he will be giving away the last $100,000 of the $1 million he pledged to donate to charitable causes in 2016.

So far, Kap has donated money to a collection of nonprofits, activist groups and youth programs, including the Coalition for the Homeless, Justice League NYC, United We Dream, Assata’s Daughters and American Friends Service Committee. There are dozens more listed on his website, with detailed accounts of where his money will go and how the funds will be used.

The last installment will be split up between 10 organizations that impact social change. The quarterback is calling it "10 for 10," with each recipient receiving $10,000 a piece. Rolling out announcements of the donations via social media one at a time, he's also cataloguing how other celebrities are matching his donations.

Actor Jesse Williams jumped on board for round two, matching Kap’s donation of $10,000 to the Advancement Project, a next-generation multi-racial civil rights organization based in Washington, D.C.

Despite the flash that comes with those big numbers, Kaepernick hasn't just been writing checks or making speeches over this period of financial support. He's been doing his homework. His list of organizations shows that he's taken the time to make sure these funds get into the hands of people who are truly doing the great, important work communities of color and America in general require right now.

I hope the next time a politician or critic fixes his lips to trash Kap for taking a knee and creating a movement, they also mention all of the good he is doing and the many lives and communities positively affected by his efforts. Through them, Kaepernick is truly making America great, for the first time.