Time to stop using 9 million children as a bargaining CHIP 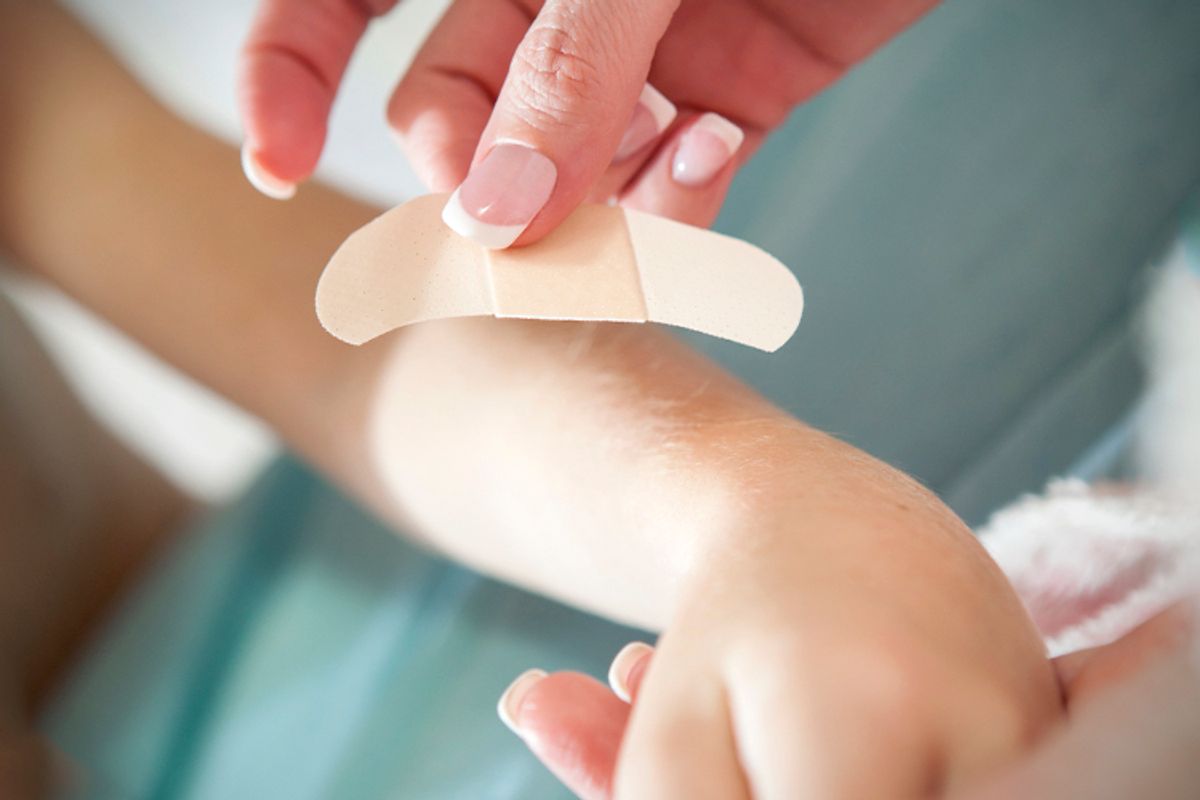 Since the inauguration of President Donald Trump, health care has been front and center in American politics. Yet attention has almost exclusively focused on the Affordable Care Act and congressional Republicans’ slew of attempts to repeal and replace it.

These efforts, combined with a variety of other steps taken by the Trump administration, have increased the number of uninsured Americans by more than 3 million since last January.

With Congress so preoccupied, little attention has been paid to a bipartisan program that has been in place since the late 1990s: the Children’s Health Insurance Program. Often referred to simply as CHIP, it provides health coverage to 9 million American children whose families earn too much to qualify for Medicaid but cannot afford private health coverage.

Funding for CHIP ran out at the end of last September, leaving both state governments and families with great uncertainty. So far, congressional Republicans have refused to offer a clean renewal of CHIP, but have consistently raised demands to undermine the ACA in return. Their latest measure offers to fund CHIP in exchange for avoiding a government shutdown and a deal with Democrats over Dreamers.

Holding 9 million children and their families as bargaining chips has gone on much too long.

Since its creation by a bipartisan coalition under the Clinton administration, CHIP has been crucial for the health of millions of American children, their families and their communities. It has also proven tremendously popular with families and their doctors, as well as with state and federal level policymakers.

CHIP fills in the gap for those children who fall just above the Medicaid threshold, determined by family income, but still do not have access to affordable, employer-sponsored insurance. Almost all CHIP children live in households where at least one parent works. Ninety percent live in households that are 200 percent below the federal poverty line.

At cost of just below US$14 billion, CHIP, together with Medicaid, has been crucial in ensuring that more than 95 percent of American children are covered by health insurance today. This compares to 89 percent at the time the program was created.

States have a significant amount of flexibility in terms of eligibility levels, benefit design, copayments, premiums, enrollment and administrative structure. At the same time, the financial contribution of the federal government is significantly above what’s offered for Medicaid, making participation particularly enticing for states. Not surprisingly, with large amount of flexibility and generous financial support, states have long looked favorably toward the program.

Yet CHIP, unlike Medicaid, is not an entitlement but rather a block grant. As a block grant, CHIP requires periodic appropriation of funding to maintain the program.

Why is CHIP so important?

The benefits for families and communities of CHIP are many. CHIP is crucial in providing financial security, preventing families from suffering catastrophic losses.

CHIP also serves a large number of children with special and costly health needs, such as ADHD and asthma.

The crucial role of CHIP has been repeatedly emphasized by health policy experts. Not surprisingly, MACPAC, the commission that provides Congress with advice on Medicaid and CHIP, recommended last January to continue and further enhance the program.

How should we move forward?

Between the Medicaid expansions of the 1990s, the creation of CHIP and the ACA, America has made great strides in providing health insurance to its most vulnerable, including America’s children. Indeed, insurance enrollment rates for children are at historic highs, hovering around 95 percent. Congressional inaction has endangered these historic gains.

Since funding ran out in September, Congress provided a limited lifeline by providing temporary funding to states. Similarly, the Department of Health and Human Services has been able to reallocate funding to those states most in need. Yet, without further Congressional action, almost half the states expected to run out of funding in February.

Already, states have been confronted with daunting challenges on how to possibly maintain or phase out the program. Several states will automatically terminate their programs if federal funding for the program falls below a certain threshold. Moreover, state budgets have assumed that the program will continue in its current form. Failure to reauthorize the program at current levels would pose tremendous problems for all states.

The continuing resolution introduced by congressional Republicans the week of Jan. 15 once more attempts to bargain CHIP for further erosion of the ACA by suspending or delaying several of its tax provisions. Ironically, Republican efforts to undo the ACA are expected to drive up premiums in the insurance markets so much that renewing CHIP for 10 years would likely save the federal government money.

Yet, even at the current cost, I firmly believe CHIP is a tremendous bargain. Its great benefits allow children to reach their potential. It’s time for Congress to get their act together and pass a stand-alone long-term renewal of CHIP.

Editor’s Note: This is an updated version of an article that originally ran on Sept. 21, 2017.