Carl Higbie, a former Navy SEAL, made hateful comments about African-Americans, undocumented immigrants and others 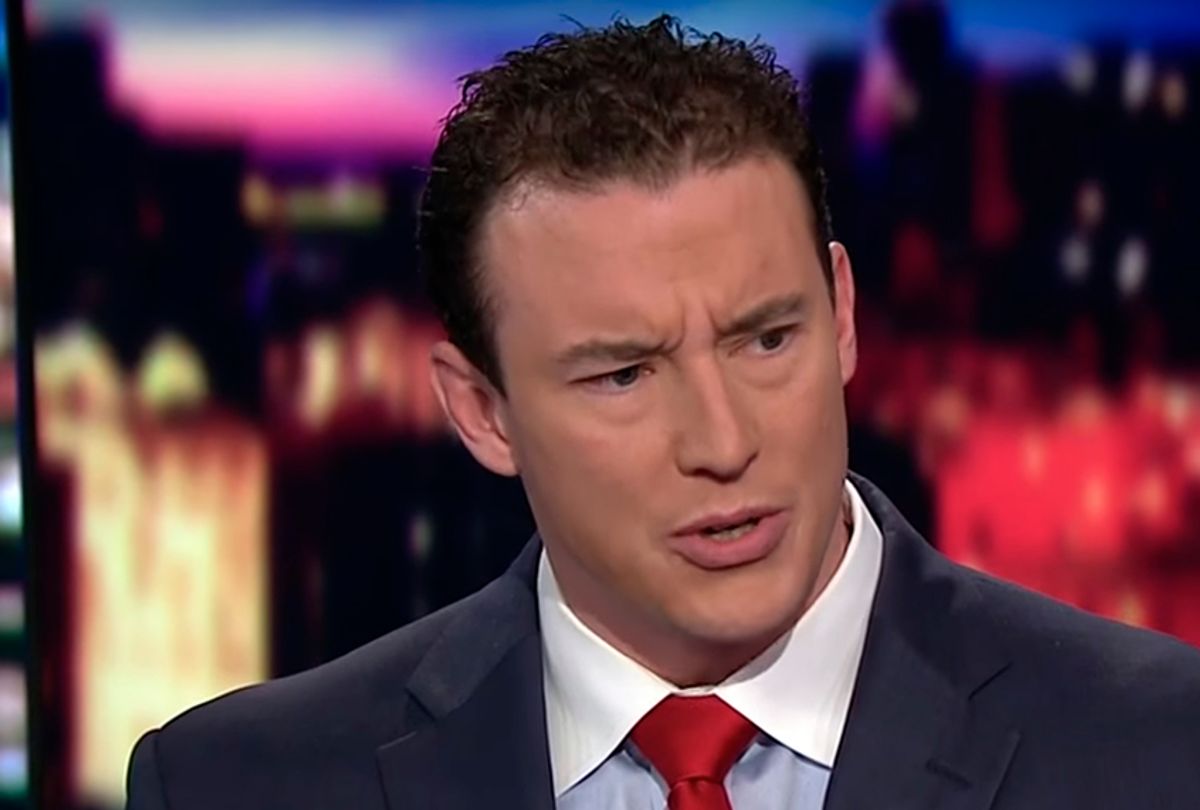 Carl Higbie, a former Navy SEAL whom President Donald Trump appointed as the Chief of External Affairs for the Corporation for National and Community Service, has resigned after it was resigned that he had made bitterly racist, sexist, xenophobic and homophobic statements.

Higbie announced his resignation on Twitter and insisted that his views, despite repeated often and emphatically, did not represent his real opinions.

Among the opinions discovered by CNN's KFile — most of them occurring in 2013 and 2014 — was the fact that Higbie once claimed African-Americans had "lax" morals. In addition to claiming that "the black race" had succumbed to a "culture that is breeding this welfare and the high percentage of people on welfare in the black race," Higbie argued, "we're promoting birth control to a black woman because of the incredibly high rate of children born out of wedlock that are under-cared for or not cared for at all."

Higbie also took issue with the use of the term "African American," arguing that "the whole African-American thing gets me whipped up because it's like 99 percent — and I'm paraphrasing here — of people who write down African-American have never been to Africa."

"I talk about this in my book, you know, I was, I was molested by a gay guy when I was a young kid and that kind of set the precedence for me. So I, I just, I really don't care for them," Higbie said. "You know what, you want to be gay? Fine. Do it over in your own corner. If I was president of the United States, I wouldn't make laws saying you can't be gay because I believe that's your right. So go over there, be gay, don't march down in the middle of the street and your drag outfit being fairies and things like that. Don't throw it in my face. Don't make me like it because I don't — do it on your own. Do it over there and let it be your thing."

Higbie also expressed a hatred of Muslims, insisting that he was not an Islamophobe because "I'm not afraid of them. I don't like them. Big difference." He also claimed that Muslims defecate in their hands and "bang little boys on Thursday nights."

Higbie even encouraged acts of violence against undocumented Mexican immigrants.

Advertisement:
"What's so wrong with wanting to put up a fence and saying, 'hey, everybody with a gun, if you want to go shoot people coming across our border illegally, you can do it fo' free.' And you can do it on your own, and you'll be under the command of the, you know, National Guard unit or a Border Patrol, I think stick a fence six feet high with signs on it in both English and Spanish and it says 'if you cross this border, this is the American border, you cross it, we're going to shoot you.'"