Dealmaker Donald Trump hasn't been involved in ending the shutdown

The president has ceded control of dealmaking to his conservative staffers 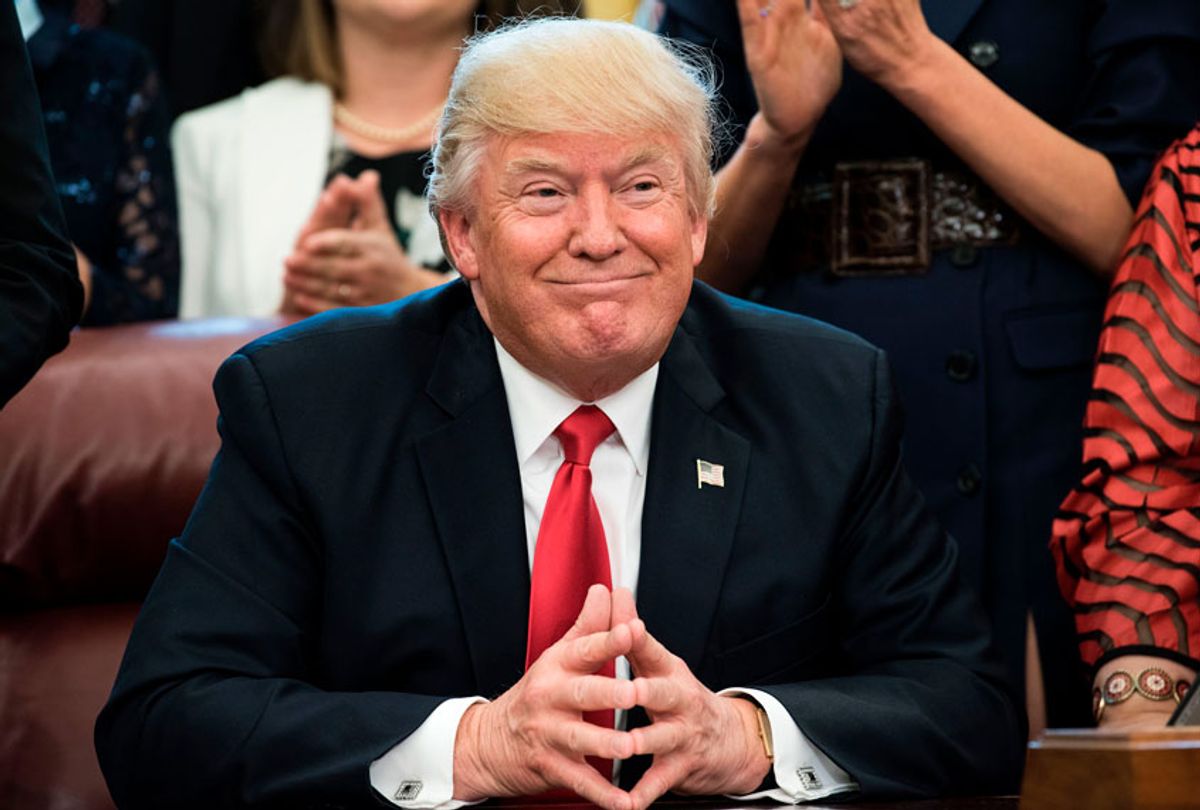 Serious questions have emerged as to whether President Donald Trump is in charge of his own White House when it comes to the negotiations that could end America's ongoing government shutdown.

There have been two occasions within the past two weeks in which Trump has indicated a willingness to extend legal status to undocumented immigrants who came to the United States as children, only to suddenly pull back at the seeming behest of his staunchly anti-immigrant staffers, according to The New York Times. The two main culprits behind Trump's vacillations on the subject appear to be his chief of staff, John F. Kelly, and his senior policy adviser, Stephen Miller. Both have reputations for being very hawkish on immigration issues.

It was the intervention of Kelly and Miller on Friday that prevented Trump from working out a compromise with Senate Minority Leader Chuck Schumer to keep the government from shutting down, according to NBC News. Kelly was also responsible for leading talks on Sunday between the White House and the Republican Party's two congressional leaders, House Speaker Paul Ryan and Senate Majority Leader Mitch McConnell.

"There’s a real sense that there’s a disconnect between the president and his staff on immigration issues, and people on all sides are seeking to exploit that disconnect. This is what happens when you have a president who is not clear and consistent on what he will accept: It emboldens all parties to take positions that they won’t compromise," Republican strategist Alex Conant told the Times.

Conant's perspective was shared by Sen. Lindsey Graham, R-S.C., who placed the blame for Trump's failure to work with Congress on an immigration deal squarely on Miller's shoulders.

"Every time we have a proposal it is only yanked back by staff members. As long as Stephen Miller is in charge of negotiating immigration, we're going nowhere. He’s been an outlier for years," Graham told reporters on Sunday.

This, of course, did not stop Trump and his supporters from attempting to deflect blame onto the Democrats.

"Democrats who stand in our way will be complicit in every murder committed by illegal immigrants," intoned one advertisement posted on YouTube by Trump's reelection campaign on Saturday.

"Unfortunately, we cannot answer your call today because Congressional Democrats are holding government funding - including funding for our troops and other national security priorities - hostage to an unrelated immigration debate. Due to this obstruction, the government is shut down," declared an automated message on the White House over the weekend.

The White House has been making sure that Trump was seen looking busy, as shown in this photo of him on his phone.

The shutdown comes shortly after Trump reneged on a bipartisan immigration deal — one he said he didn't like, while wondering why we couldn't have immigrants from Norway instead of minority populations.

"My mom was almost moved to tears to think that this country, which she was willing to risk her life to come to, the commander-in-chief doesn't seem to value the worth, the contribution of her folks like herself," Adem Bunkeddeko, a congressional candidate from New York's 9th district, told Salon last week.