In 2017, more Americans were killed for being trans, lesbian or queer than in any year in recorded history 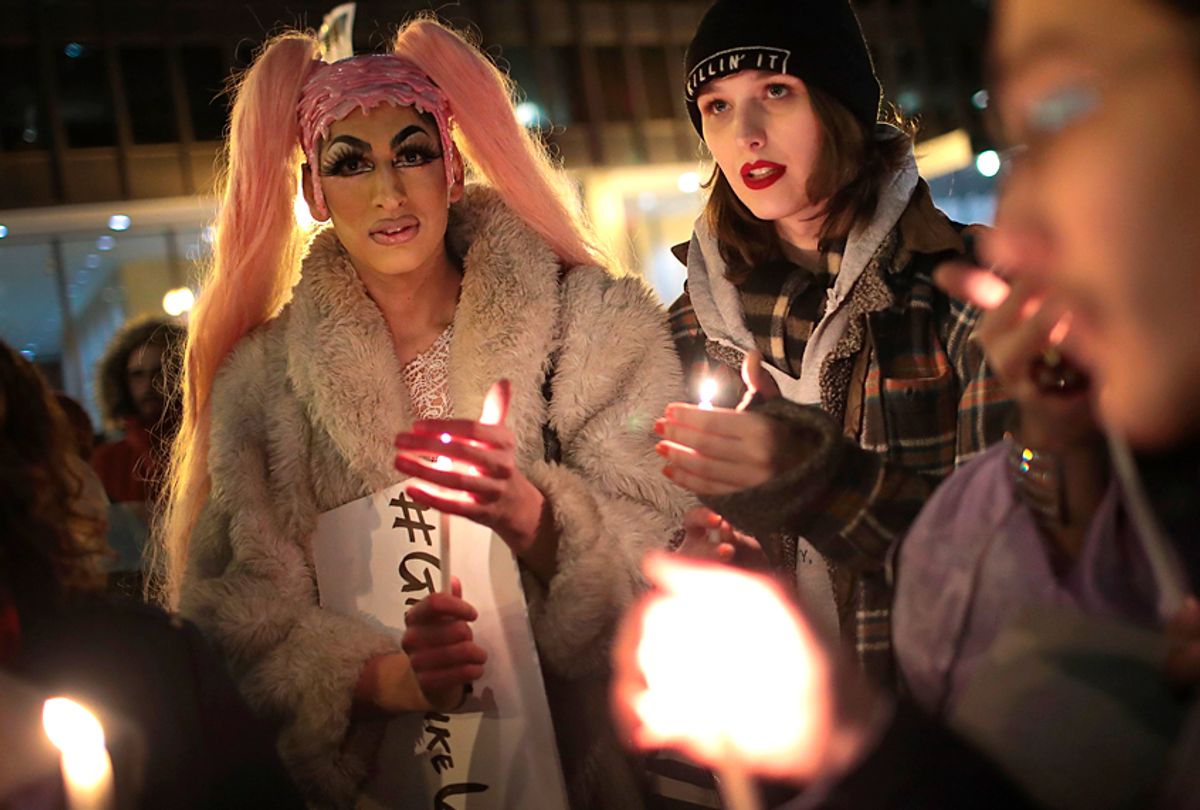 Donald Trump's first year as president was also set a deadly mark for  LGBTQ Americans according to a report by the National Coalition of Anti-Violence Project (NCAVP) released Monday.

The organization says that it found "the highest number of anti-LGBTQ homicides in our 20-year history of tracking this information," reporting a total of 52 such murders in 2017 — effectively one a week. In terms of single-incident reports, it's  an 86 percent increase over 2016 totals (the 2016 Pulse Nightclub shooting in Orlando that took 49 lives is represented as a single incident here.)

The NCAVP's mid-year report in August 2017 similarly noted the highest murder rate organization had seen since its inception. Monday's report suggests that the murder rate only increased as the year went on.

"We are releasing this report during a time when our communities are witnessing the few civil rights protections and policies being rolled back and discrimination being instituted into law," the report says. "While much of this violence is not new, but rather amplified, this past year has sparked a national conversation about the escalation of hate violence against so many marginalized communities. NCAVP hopes that sharing this information now will encourage people to reject anti-LGBTQ bias whenever it occurs, and to resist any hateful rhetoric or policies put forward by this administration or by legislators."

Researchers found that trans homicides also hit a historic high in 2017, a mark that dovetails with a five-year-long upward trend in the number of trans women of color killed for their identities. Indeed, people of color seem to be the most at-risk cohort in the LGBTQ community. Of the 27 transgender homicides in 2017, 22 were women of color. Of the 52 total anti-LGBTQ homicides in 2017, 71 percent were people were non-white.

In terms of geographic distribution, New York and Texas had the most LGBTQ murders. There's a strong age disparity in the numbers as well. The NCAVP found that 65 percent of all anti-LGBTQ homicide victims in 2017 were 35 and under.

"Our communities live in an increasingly hostile and dangerous climate, after a year of anti-LGBTQ rhetoric and policies coming from the White House, federal government agencies, state and local sources and in our communities across the country," Beverly Tillery, executive director of the Anti-Violence Project, told Washington Blade. "Anti-LGBTQ violence has long been a crisis, but NCAVP has watched the escalation of violence this past year with great concern."