A 15-year-old victim says the university still wants payment for "treatment" that was, in fact, molestation 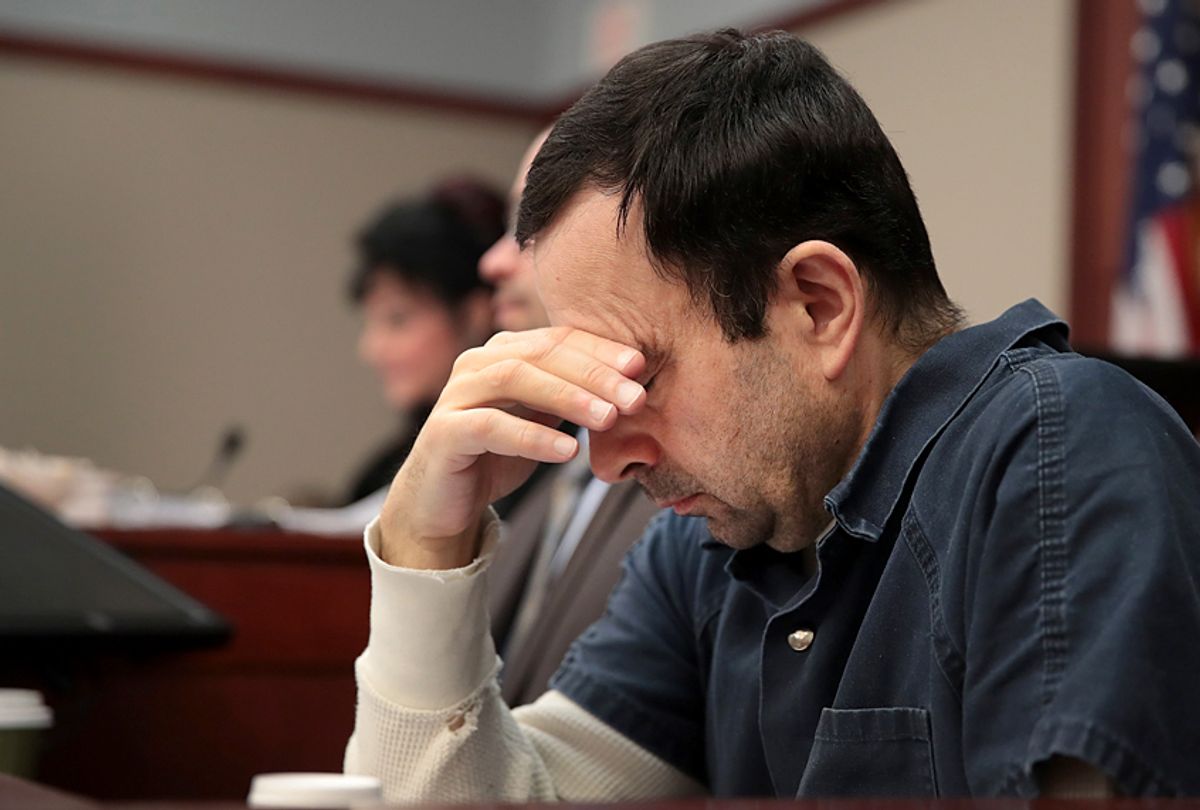 A 15-year-old girl who testified during the sentencing hearing of convicted sex criminal and former USA Gymnastics physical therapist Larry Nassar claims that Michigan State University (MSU) has billed her family for sessions in which Nassar abused her.

"I, too, was sexually assaulted by Larry Nassar — multiple times at multiple appointments," said Emma Ann Miller during the trial's sentencing phase on Monday. "My last 'treatment' was in August 2016. A week later, he was let go by MSU . . . I’m possibly the last child he will ever assault."

Nassar was indeed terminated from Michigan State, one year after USA Gymnastics (USAG) — the organization that fields the U.S. gymnastics national team — reported allegations concerning his behavior to the police. Moreover, it is alleged that the university's upper management had knowledge of accusations against the doctor tied to incidents at the MSU office he maintained, and did little to nothing about it. Currently, it is strongly suspected that he sexually abused over 150 girls and young women during his time as a physical therapist for athletes, in an alleged pattern of assault that dates back to the 1990s.

University president Lou Anna Simon claims that, while a Title IX complaint was filed with MSU's coordinator and investigated through that office and the police, she was unaware that the accusations included Nassar. "I was informed that a sports medicine doctor was under investigation,” Simon said last Wednesday in a court appearance to observe a sentencing hearing. "I told people to play it straight up, and I did not receive a copy of the report. That’s the truth."

Regardless, Nassar was able to continue practicing medicine and molesting women and girls long after allegations against him became public. The 15-year-old speaking today would be just one of them. Currently, there are more than a few calls for an investigation into MSU's actions concerning Nassar and for Simon's resignation.

The 15-year-old continued, "MSU Sports Medicine charged me for those appointments. My mom is still getting billed for appointments where I was sexually assaulted."

“Instead of getting up at your sentencing, giving some hollow, insincere apology," she said to Nassar, "you could outline all the times — for me, for us — that MSU, Twistars and USAG should have stopped you,” Miller said. Twistars is a local gym where Nassar also worked.

"Do the right thing for us. Be honest, try and help us. Tell us who knew what and when. Tell us how and when there were opportunities to stop you. Tell us about the tell-tale signs that others at MSU, Twistars and USAG should have seen but didn’t. In one of your last public acts, actually help someone."

Time reports that a spokesperson for MSU claimed that he had no knowledge that would confirm that the university is currently demanding payment for sessions in which Miller was abused, but that the university's billing department will look into it. "I can tell you that patients of former MSU physician Larry Nassar will not be billed," the spokesperson said.

Throughout his alleged history of abuse, Nassar followed an apparent pattern of telling patients, administrators and families that he was manipulating the "pelvic floor" of the athletes under his treatment for health reasons — a cover for what turned out to be a large number of sexual assaults.

In 2015, a series of complaints led to a full FBI investigation of Nassar, which ultimately resulted in his conviction on possession of 37,000 child pornography images and videos and the molestation of the girls those images and videos depicted. The judge in the case sentenced him to 60 years, allowing his victims to testify against him during his sentencing hearing. Those testimonies are now entering their third week.

In related news Monday, three members of the USA Gymnastics board resigned. Already, critics and independent investigators had suggested that major changes and steps towards accountability were necessary following USAG's handling of the accusations against Nassar.

An attorney for over 100 of Nassar's victims said on Monday, "In speaking with some of our clients this morning, all of them wondered whether USAG will change the position they have taken in court that USAG had no duty to warn its member gymnasts even though they knew Larry Nassar was a molester." He added, "Until that happens, this move is simply a public relations ploy to save a sinking ship of an organization."