Trump's attacks on Chuck Schumer were amplified by Russian bots 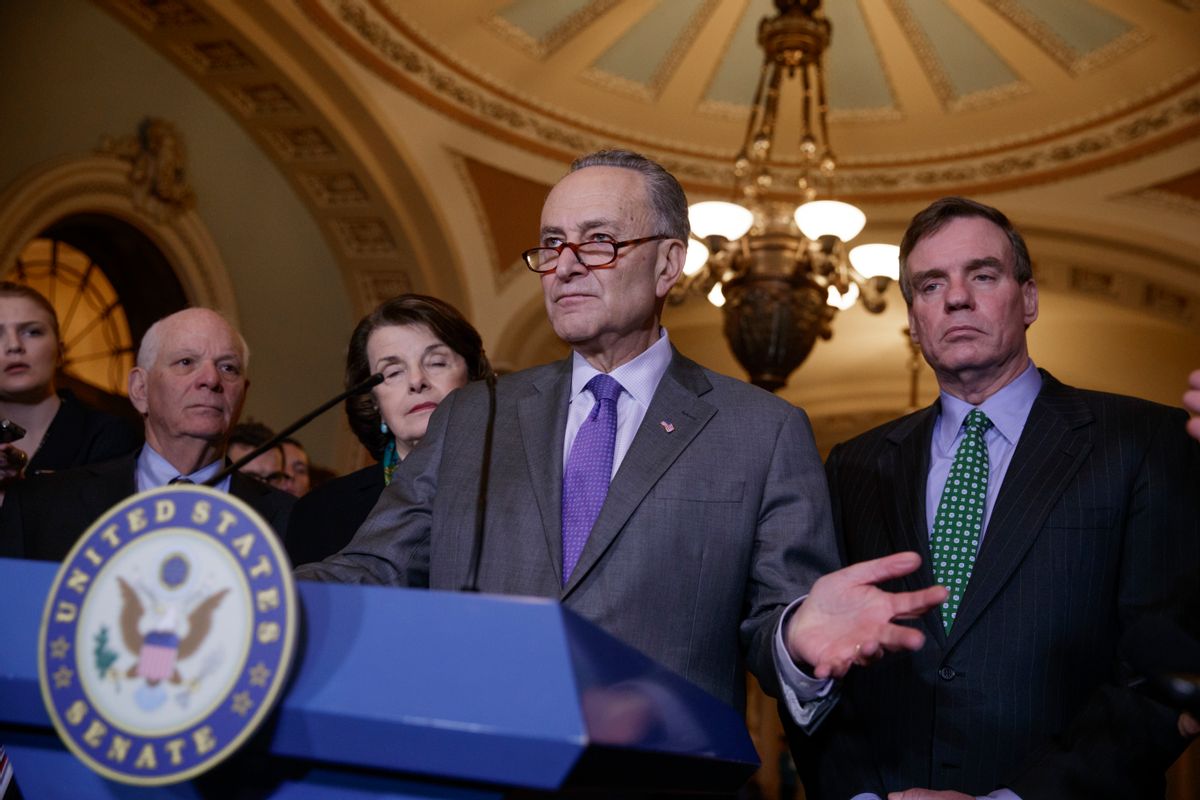 Donald Trump may claim that he has no connections to Russia, but Russian bots have been doing a lot of the president's dirty work when it comes to blaming Democrats for the government shutdown and deflecting from the ongoing Trump-Russia scandal.

The hashtag "#schumershutdown," which Trump has been promoting on Twitter, has been used more than 600 times within the last 48 hours, according to Alliance for Securing Democracy. This is in keeping with the narrative that was promoted by Trump and his fellow Republicans blaming Democrats for the shutdown — and despite the fact that polls and experts agreed that it was Republican intransigence which was responsible for the parties' inability to reach an agreement.

The next most popular hashtag was "releasethememo," which refers to an ongoing conspiracy theory that a memo written by the House Intelligence Committee would reveal abuses of the Foreign Intelligence Surveillance Act by the special counsel investigating alleged collusion between the Trump campaign and the Russian government. Last week, calls for #releasethememo suddenly shot up by 265,100 percent in a 48 hour period.

Even before the government shutdown and call for "releasing the memo," Russian bots were suspiciously one-sided when it came to the narrative that they promoted. Between Jan. 2 and Jan. 13, the Alliance for Securing Democracy found that the Russian bots overwhelmingly focused on attacking liberals and Democrats (particularly Hillary Clinton, Oprah Winfrey and Barack Obama), Republicans who are critical of Trump (John McCain and Marco Rubio) and the ongoing investigation into the alleged Trump-Russia collusion. They also attempted to stir up anti-immigrant sentiment.

The Alliance for Securing Democracy describes itself as a "bipartisan, transatlantic initiative" dedicated to "publicly document and expose Vladimir Putin’s ongoing efforts to subvert democracy in the United States and Europe." One of its methods has been to monitor social media accounts that promote Russian propaganda.

"The Alliance for Securing Democracy is looking comprehensively at the tools that Russia uses to undermine democracies and democratic institutions across Europe and in the United States," Laura Rosenberger, the director of the organization and a senior fellow at German Marshall Fund, told Salon in August.