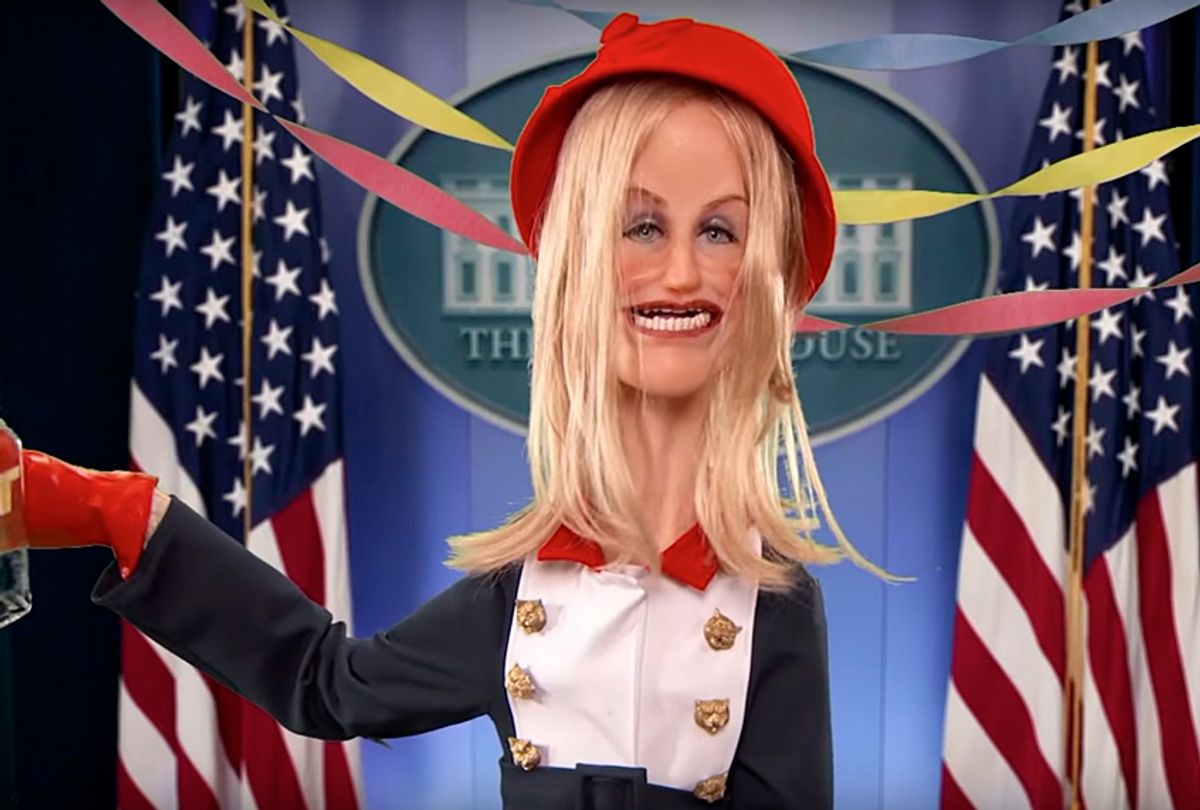 The federal government shutdown led Trump to change his weekend plans. Instead of celebrating the anniversary of his first year in office at a $100,000-per-couple fundraiser at his Mar-a-Lago resort in Florida, the president had to stay in D.C. to work with democrats to re-open the government. Sad!

But now that the shutdown is over, the party is on. Late-night Jimmy Kimmel gave viewers an exclusive look at the festivities Monday night on his talk show, “Jimmy Kimmel Live!”

The television host got a hold of White House "spokespuppet" Kellyanne Conway for a preview of the celebrations and to discuss her boss’ first year in office.

The spoof interview poked fun at the administration’s use of "alternative facts," like the crowd size at Trump’s inauguration ("The biggest crowd in history," spokespuppet Conway said) as well as Conway’s unforgettable "red, white and blue-cci" Gucci Inauguration outfit "made in America" (Gucci is manufactured in Italy).

Conway signed off by telling Kimmel "to suck it" and calling him a "snowflake." Nevertheless, the comedian got the last laugh. See the whole segment below.