Propagandist angry at Facebook for spreading other peoples’ propaganda 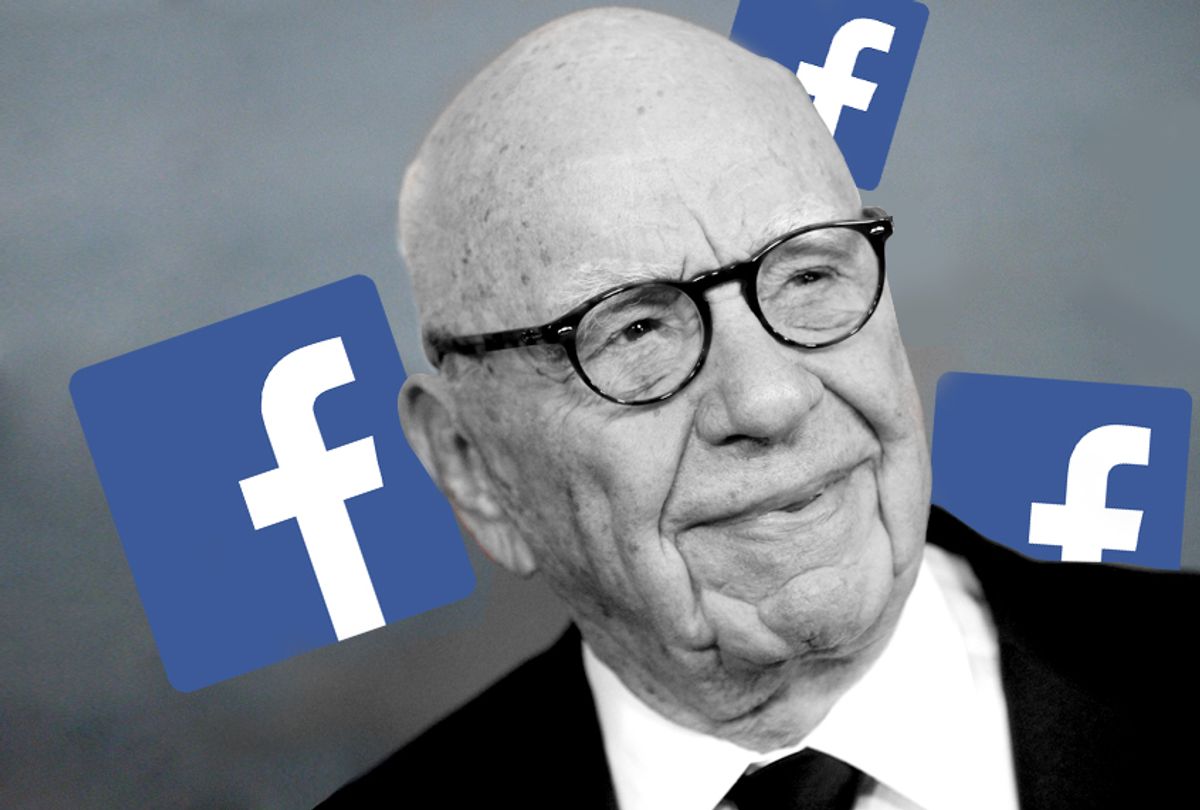 If you're not a conservative Republican, the irony of that statement probably does not elude you.

"Facebook and Google have popularized scurrilous news sources through algorithms that are profitable for these platforms but inherently unreliable," Murdoch said in a statement, according to Reuters. He encouraged the site to deal with the criticisms that it inadvertently promotes "fake news" by paying "trusted" news publishers a carriage fee, even though Facebook has said it plans on creating member surveys to identify "trustworthy" outlets.

"There has been much discussion about subscription models but I have yet to see a proposal that truly recognizes the investment in and the social value of professional journalism," Murdoch added in his statement.

Murdoch has been harshly criticized for including a right-wing bias in Fox News' coverage of major stories, which he achieved in part with the help of former Republican operative Roger Ailes. Ailes was the CEO of Fox News until he had to step down in disgrace in 2016 after multiple accusations of sexual harassment.

This isn't to say that Murdoch doesn't have a point when he draws attention to Facebook's journalistic irresponsibility.

"Days after the election, Mark Zuckerberg was saying that it's pretty crazy to even think that fake news from Facebook may have influenced votes in favor of Donald Trump," Natasha Tiku of Wired told Salon Talks in November. "And earlier this month they said about 10 million people had seen ads from the Internet Research Agency, which is what is the Russian troll farm that most of the numbers you're seeing are based around. So if in the span of a month we have gone from 10 million to 126 million, obviously the impact, the full impact hasn't yet been calculated."