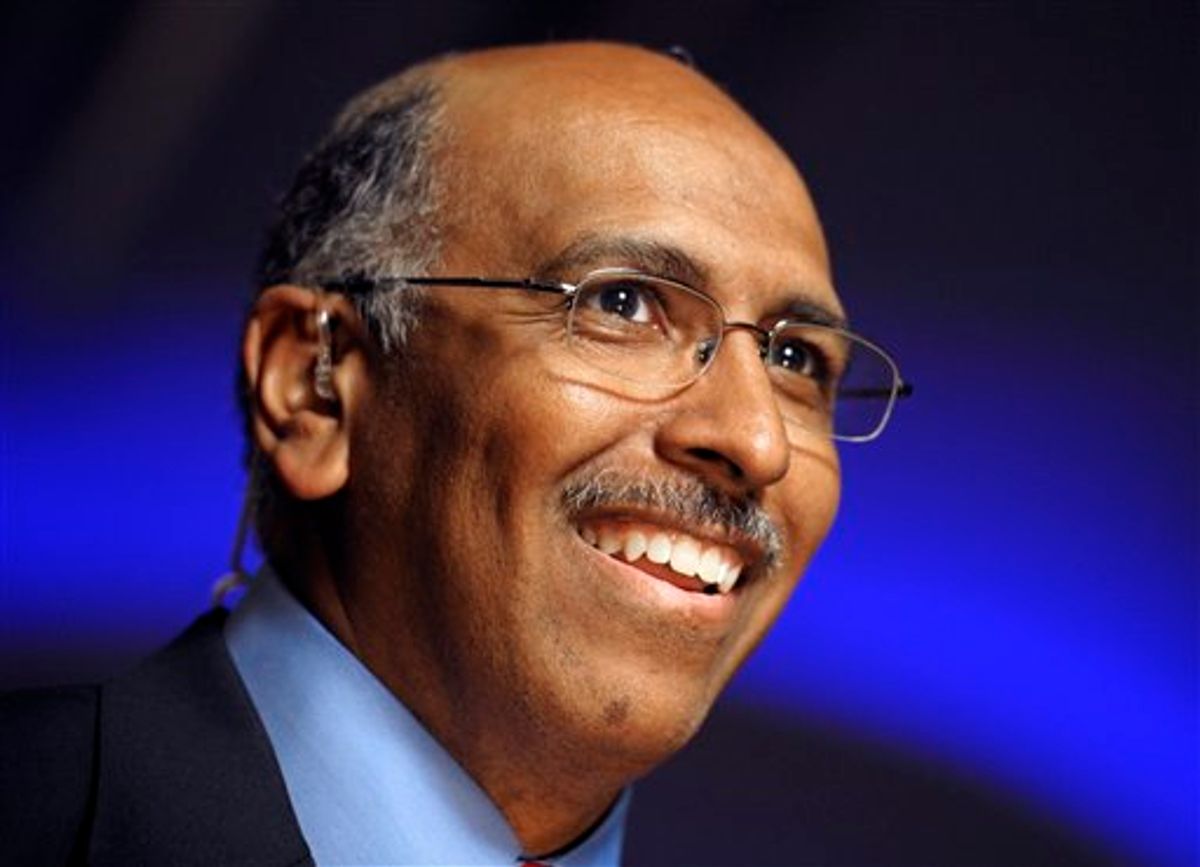 Michael Steele, the former chairman of the Republican National Committee, has made it clear that he feels evangelical leaders who continue to support President Donald Trump have lost their moral authority.

Steele was responding to comments made to Politico on Monday by Tony Perkins, the president of the evangelical activist group Family Research Council. Perkins told Politico's Off Message podcast that, when it came to Trump's confirmed and alleged sexual indiscretions and vulgar language, "We kind of gave him — ‘All right, you get a mulligan. You get a do-over here.'" He defended this position on the grounds that "from a policy standpoint, he has delivered more than any other president in my lifetime."

After hearing these comments during an episode of "Hardball with Chris Matthews," Steele was indignant.

"I have a very simple admonition at this point: Just shut the hell up and don’t ever preach to me about anything ever again. I don’t want to hear it," Steele told NBC.

Steele wasn't the only commentator to call out evangelical hypocrisy when it comes to Trump. Franklin Graham, the president and CEO of the Billy Graham Evangelistic Association, came up with a litany of defenses for the wayward president while being interviewed by CNN's Don Lemon on Tuesday.

"This happened 11, 12, 13, 14 years ago. And so, I think there is a big difference and not that we give anybody a pass, but we have to look at the timeline and that was before he was in office," Graham told Lemon. "There is a lot of presidents that have had rough language and a lot of these things that have been accused of the President, I am not sure are true. He says he didn't do it. And the others that said he didn't do it."