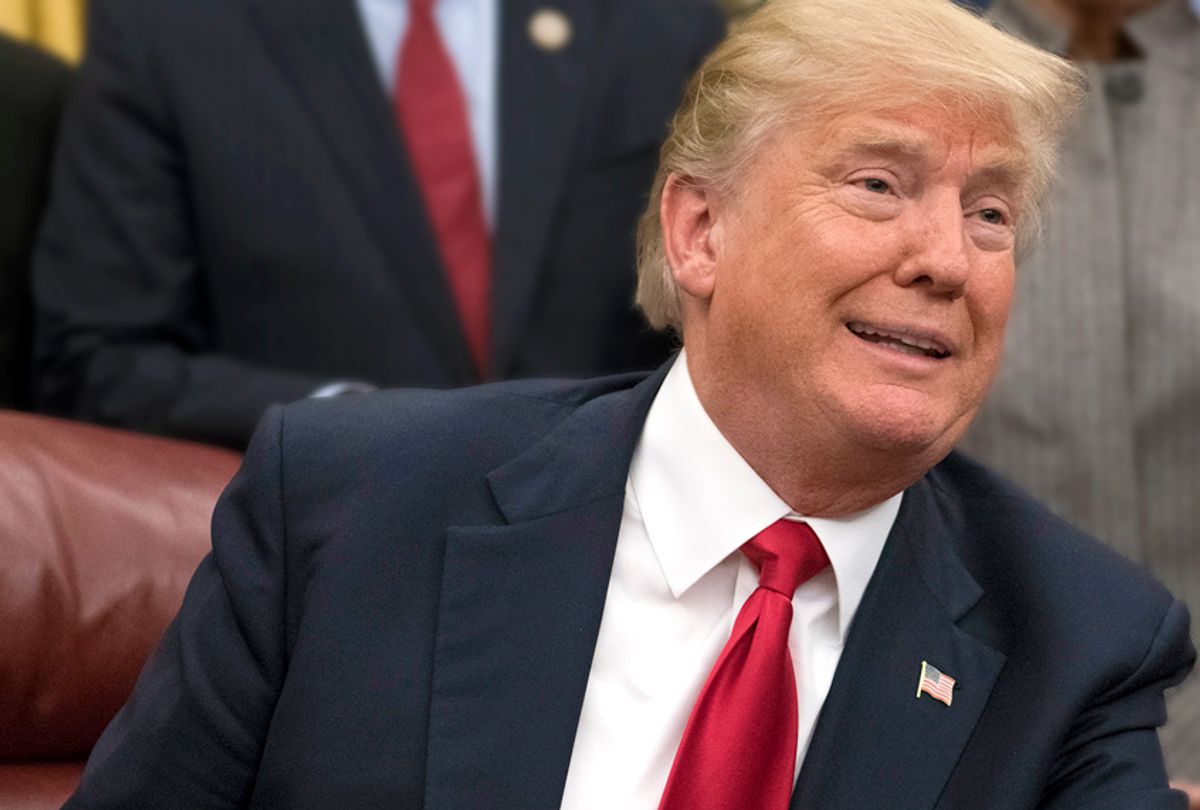 President Donald Trump is "looking forward" to being interviewed by Robert Mueller, the special counsel investigating the Trump campaign's alleged ties with the Russian government, repeatedly suggesting he hasn't done anything nefarious.

Mueller's investigation also includes a potential obstruction of justice case against Trump, for firing FBI Director James Comey last May in order to impede the inquiry that he has repeatedly deemed, a "witch hunt."

The president went on to say that he expects the interview to take place in "about two or three weeks." Trump's lawyers have been negotiating with Mueller's team for weeks about the president answering questions and what issues will be raised, the Times said. When asked about testifying under oath, Trump added that he would do it, but also pivoted to Hillary Clinton.

Ty Cobb, the lead White House lawyer, attempted to reel in the president's motor-mouthed statements after the fact. "He’s ready to meet with them, but he’ll be guided by the advice of his personal counsel," Cobb told the Times. He added that "arrangements" were still being worked out between the two sides. But even with representation, and without the presence of a grand jury, Trump doesn't have to be under oath to potentially jeopardize himself, as lying to the FBI is a felony.

When asked if he believed Mueller would be fair to him, Trump said, "we're gonna find out." He also seemed to justify his decision to fire Comey as a way to defend himself from unfair treatment.

Trump's comments on collusion echoed what press secretary Sarah Huckabee Sanders told reporters on Wednesday afternoon. She set the bar for collusion as "he had help winning the election," and not working with a foreign government. But when Trump told reporters "I couldn’t have cared less about Russians having to do with my campaign" Thursday, he's omitting what seemed to be this cry for help from a foreign source.

As Mueller's team shifts to Trump in the upcoming weeks, it's an indication that the investigation is somewhat winding down. Republicans, the Trump administration and most conservative punditry, have attempted to delegitimize, or even directly impede, the ongoing Russia inquiry. Trump has denied any and all wrongdoing, but sitting down with the special counsel will surely put that to the test.