Conservatives respond to NYT report that Trump tried to fire Mueller: "So what?"

While most see obstruction, Trump's friends see nothing to worry about 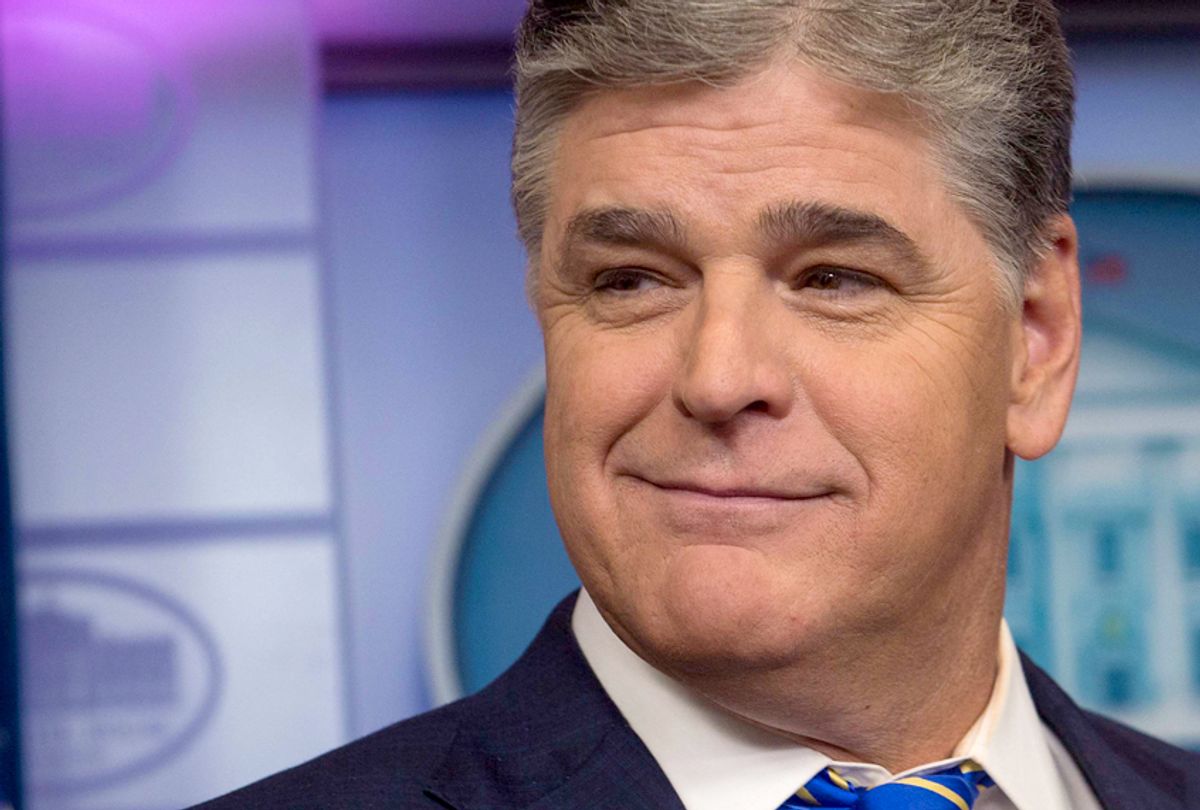 President Donald Trump is denying that he attempted to fire special counsel Robert Mueller in June — but his most prominent supporters, instead of joining him, are simply downplaying the story.

Trump was reported to have attempted to fire Mueller until his own counsel, Donald McGahn, made it clear that he would resign rather than go along with such a decision, according to The New York Times. Trump also considered firing Deputy Attorney General Rod Rosenstein, although he ultimately decided against that as well. When asked about the story at the World Economic Forum in Davos, Switzerland, Trump described it as "fake news."

This was the same line promoted by one of Trump's biggest media boosters, Fox News' Sean Hannity, initially touted that his own sources couldn't confirm the Times' story and insisted that the publication had often been mistaken in the past. Later in the broadcast, however, Hannity shifted gears after he received confirmation from some of his sources.

"Does he not have the right to raise those questions? You know, we'll deal with this tomorrow night," Hannity told his viewers.

The hosts of "Fox & Friends," a show that Trump has been known to obsessively watch, also downplayed the significance of the Times' story on Friday morning. After co-host Brian Kilmeade questioned its veracity because the material merely came from four people who were "told of the matter," co-host Ainsley Earhardt argued that the story wouldn't even matter if it was true.

"Well, the president says it's fake news, that happened last June, it's something we have to tell you about because it's a headline on the New York Times. What do you think about that? Do you even care?" Earhardt asked viewers.

"I actually didn’t know, but it’s totally irrelevant because he didn’t fire Mueller. I find it very ironic that this information is coming out while he’s here in Davos, while he’s had great fanfare … [and] I would love to get a look at somebody like Steve Bannon’s phone records to see who he’s talking to and how this information is out there," Scaramucci told Cuomo. He also questioned why the information was coming out while the president was in Davos and concluded by describing it as "another one of those non-sensical stories and another red herring."

In addition to contradicting Trump's repeated assertions that he had never considered firing Mueller, the Times story also drastically increased the likelihood that Mueller is focusing on Trump personally in his probe as to whether there was potential obstruction of justice in the firing of former FBI Director James Comey.

"This is an important piece of evidence because it comes after Trump fired Comey and learned that he was under investigation for obstruction of justice," former federal prosecutor Renato Mariotti wrote in Politico. "It should be easy for Mueller to prove that Trump read or viewed legal analysis discussing the possibility that Trump obstructed justice by firing Comey. Trump’s desire to fire Mueller despite knowing that firing a law enforcement official overseeing the Russia investigation could raise obstruction concerns is strong evidence that Trump’s intent was to obstruct the investigation."

Mariotti added, "The excuses offered by Trump also bolster Mueller’s case, because they indicate that the president realized that firing Mueller to impede the investigation would be perceived as wrongful."

Even before the Times' story broke, the fact that Mueller had pivoted his investigation toward interviewing Attorney General Jeff Sessions and Comey himself strongly indicated that the investigation was focusing in on Trump. With the report that Trump tried to fire Mueller, the likelihood that the probe will target Trump has increased further. Even though the president didn't decide to pull the trigger, the fact that he had to be pressured away from doing so by threats of mass resignations reveals the seriousness of his intent. Similarly, the fact that Trump has continued to try to remove law enforcement officials who are either investigating his alleged crimes or he perceived are insufficiently loyal — including Comey, Rosenstein and Mueller — makes it more difficult for the president's team to argue that his ultimate goal isn't to obstruct investigations into potential wrongdoing.