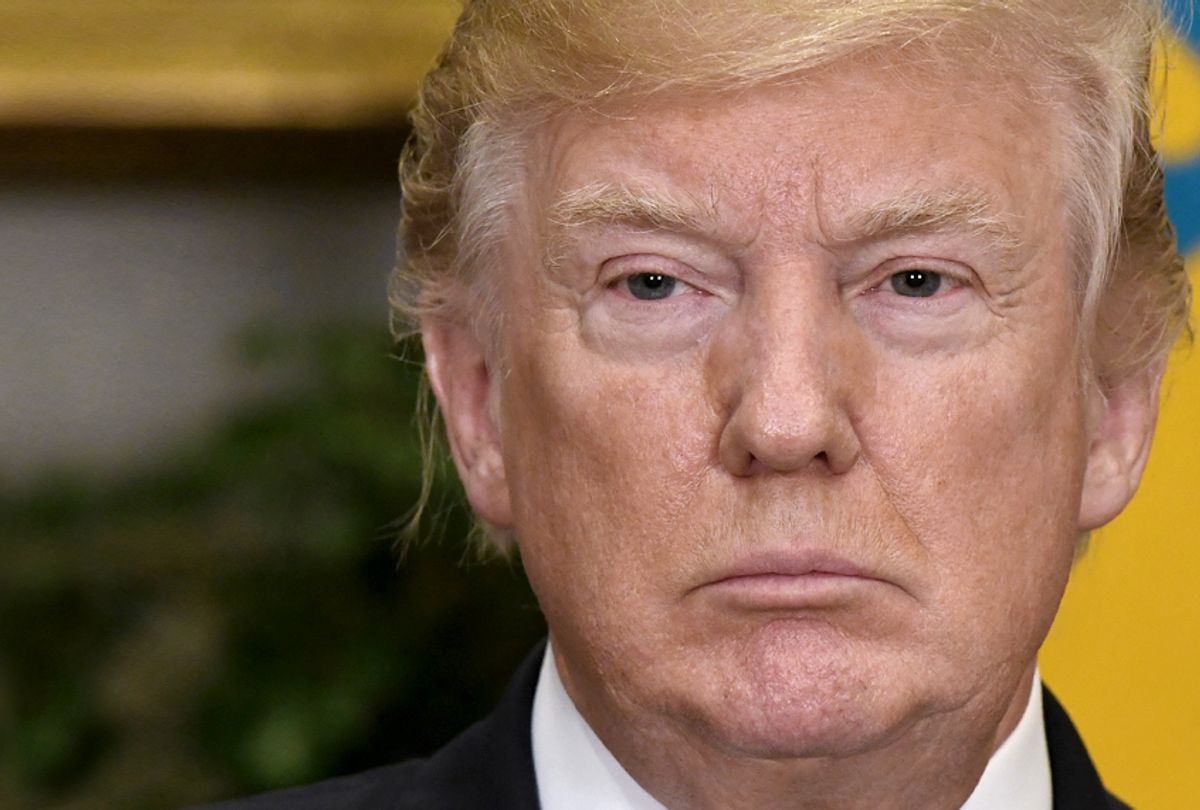 Last year, President Donald Trump caused an uproar when he retweeted unverified videos from an ultranationalist British political group that peddles Muslim-bashing conspiracy theories. That was one of the main reasons his rumored visit to the United Kingdom was met with outrage.

In order to soften things up with one of America's closest allies, Trump did a sit-down interview with a friend of his, the equally loathed British TV host Piers Morgan. Morgan tried to get the president to apologize for those remarks, which angered many. But the president avoided apologizing, even when Morgan pleaded for him to do it because it "would go a long way."

"If you're telling me there's horrible people — horrible, racist people," Trump said, not admitting that the Britain First crowd is quite literally horrible racist people, "I would certainly apologize if you'd like me to do that. I know nothing about them."

Note that there was no apology whatsoever.

Trump's defense boiled down to: eh, it's Twitter. What can you do?

"I didn't do it," Trump said of the videos he retweeted. "I didn't go out and —  I did a retweet." Apparently, the president of the United States can't grasp that he's no longer a C-list celebrity hosting a reality show. Every statement he makes has consequences, and he just didn't grasp it.

When Trump retweeted the videos,  he caused a firestorm. The videos were propaganda — and to top it off, didn't contain the "random Islamic terror" that Trump proclaimed that it did. And when Morgan pointed out that one of the videos was unverified, Trump casually shrugged it off, saying "Well, they are."

Somehow, for this president, claiming complete ignorance seems to be a line of defense.