Social justice movements often fail to confront their own racism, leaving them open to this kind of exploitation 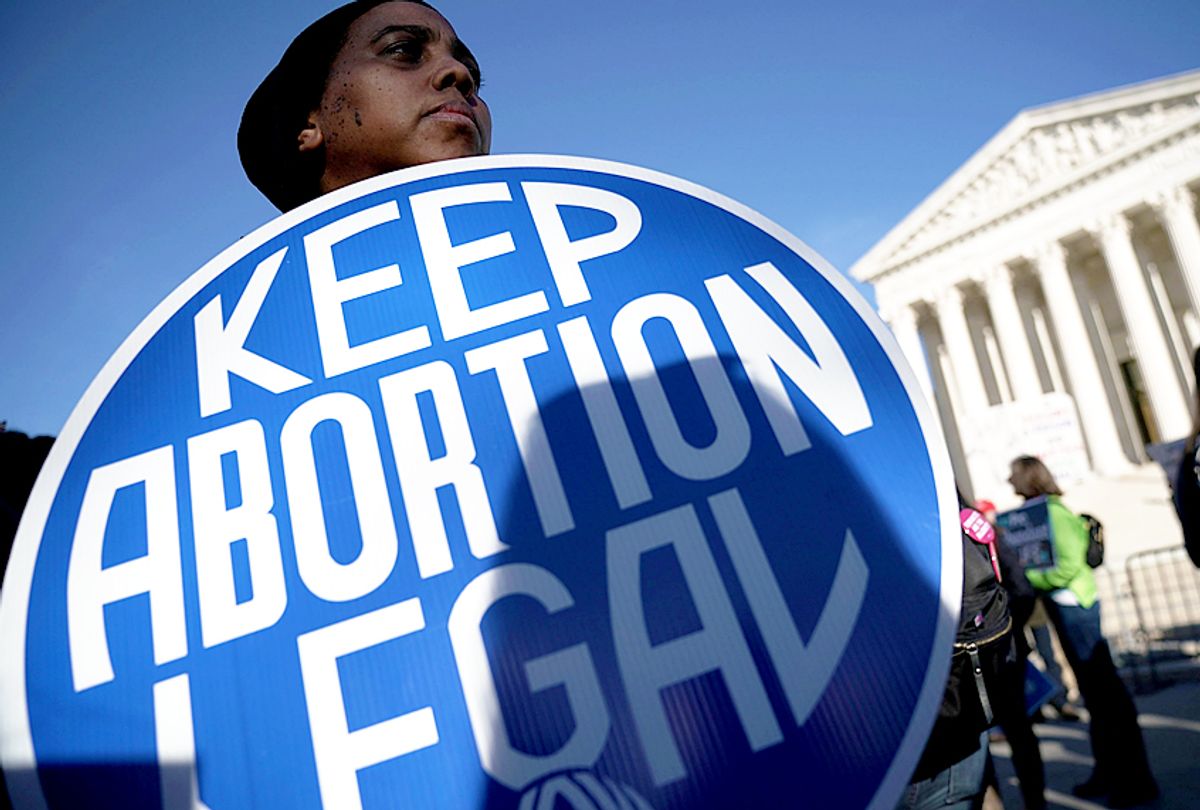 Anti-abortion activists are hijacking the racial justice movement in a craven effort to restrict the reproductive freedom of black women. It’s insulting and cynical and, if the reproductive rights movement isn’t careful, it just might work.

A recently released short documentary explores this disturbing trend, which has zeroed in on the black community with a false but darkly resonant message: Abortion is leading to black genocide.

This fiction relies on a false equivalence drawn between abortion and the various ways society fails to protect and value the lives of black youth.

To be abundantly clear, this argument is as exploitative as it is wrong.

The right and ability to access abortion and contraception are critical for black women, and the power of black women to decide for themselves when and whether they will have families strengthens the black community. But as the film points out, the argument is gaining momentum, and it is worth understanding why.

Conservative movements co-opting racial justice language to use the black community as a political wedge is not new or surprising. Publicly released confidential documents showed that the National Organization for Marriage (NOM) strategically exaggerated and magnified black opposition to marriage equality in order to drive a wedge between the black community and the gay community during the height of the marriage equality fight. Similarly, when comprehensive immigration reform looked achievable in 2013, a white nationalist created the Black American Leadership Alliance (BALA) in an effort to manufacture black opposition to immigration reform.

These efforts rely on an unfortunate truism that social justice movements often fail to confront their own racism and try to erase racial difference or fetishize black intolerance as particularly morally objectionable.

When the narrative began to emerge that the black community was more hostile to marriage equality than the white community, the LGBT movement responded with troubling comparisons, calling “gay the new black,” coining “the new Civil Rights Movement,” and lobbing racially charged accusations at the black community, which divided the movement and erased black LGBT people.

Reproductive rights advocates can learn a crucial lesson from these missteps. While the anti-abortion activists attempting to exploit the black community are disingenuous opportunists, we should not so easily dismiss the implications of racial disparity in abortion access.

As Reproductive Justice advocates tell us, we must first consider the unique challenges that black women face and the forces of structural racism that can complicate their decision about whether or not to have children. This includes disproportionate poverty rates, unemployment or low wage jobs without health insurance and lack of access to quality health care.

When a combination of policies and structural racism make pregnancy more dangerous for black women, raising safe and healthy kids more difficult for black women and a social safety net less accessible for low-income black women, it seems undeniable that at least some of these abortions are the result of women who are confronted with an untenable set of options.We must face the difficult fact that coercive inequality results in some black women having abortions they do not, strictly speaking, want.

Of course, restricting the options available to these women only exacerbates the problem.

If, all things being equal, some of these black women would have chosen to carry their pregnancies to term, then the answer is to address that inequality, not to further limit access.

But ignoring the problem also makes it worse.

Black women do represent an outsized proportion of the abortions in this country, and it is advocacy malpractice to pretend this isn’t concerning. Silence in the face of that fact is what creates the vacuum in black abortion politics that anti-abortion extremists will attempt to fill with insincere rhetoric about valuing black lives.

We must acknowledge that black women’s bodies have been subjected to violence, exploited and experimented on, and the reproductive rights movement has yet to advocate for an agenda that truly addresses this experience. This movement has been shaped by eugenicists, some of whom specifically advocated for abortion as a way of controlling the black population. Black women have been sterilized against their will. They have been coerced – through both physical and economic force – into abortions they didn’t want. Much of modern reproductive and gynecological health care and services, including contraception, were discovered and perfected by engaging in inhumane and sometimes deadly experiments on the bodies of black and brown women. And black women die at alarming, disproportionate rates during childbirth.

Acknowledging these uncomfortable truths divests them of their power and stops our opponents from using them against us. We must stop running away from the history of our country and, in some cases, our movement.