"Those were the days": Will Ferrell's George W. Bush reminds us he was "really bad"

"What has two thumbs and created ISIS? This guy" 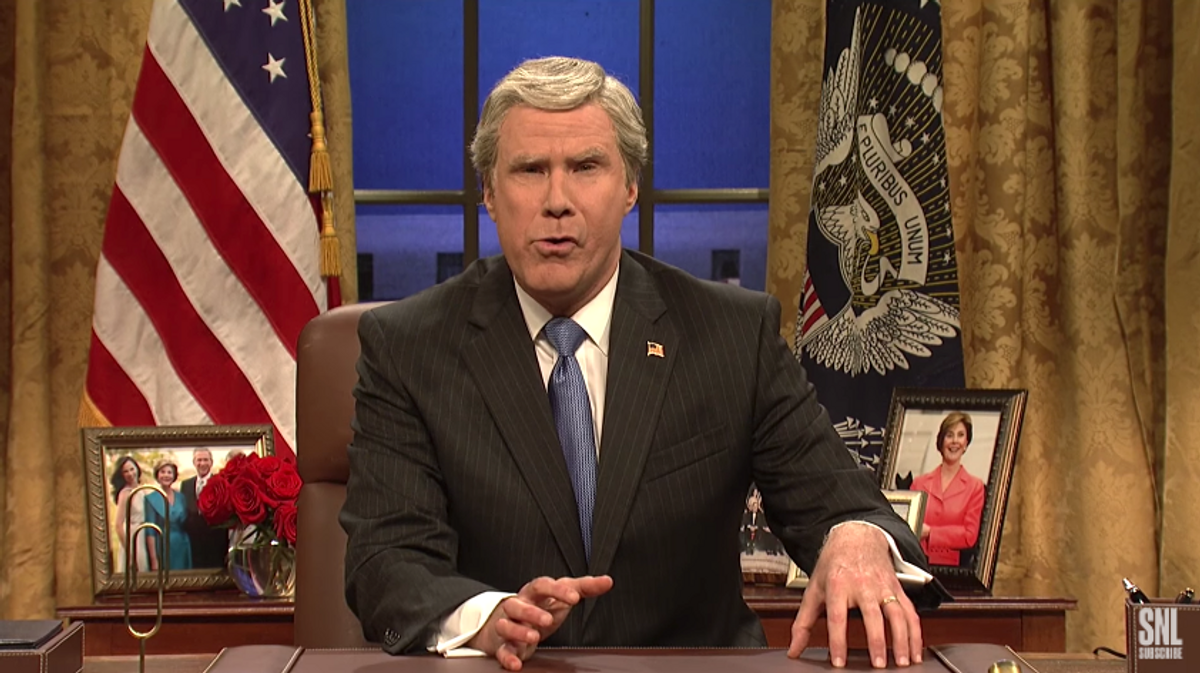 Actor Will Ferrell revived his role as former President George W. Bush, and opened this week's "Saturday Night Live" sitting behind his desk in the Oval Office to deliver a stern warning about the dangers of rehabilitating his image in the wake of a Donald Trump presidency.

The faux Bush said he's been "too busy doing oil paintings," to keep up with the news lately, but referenced a new poll that recently revealed his approval to be at an all-time high. Bush said that Trump came into the White House "and suddenly I’m looking pretty sweet by comparison."

Since Trump took office there has been plenty of nostalgia for the Bush presidency, and last week, a new poll showed that 61 percent of Americans had a favorable view of Bush.

He added, "At this rate, I might end up on Mt. Rushmore next to Washington, Lincoln, and I want to say Kensington?"

"The point is that I’m suddenly popular AF, and a lot of people are saying man, 'I wish George W. Bush was still our president right about now,'" he continued. "So I just wanted to address my fellow Americans tonight and remind you guys that I was really bad. Like, historically not good."

Ferrell's Bush went on to say that he gets why the public doesn't like Trump, and that he voted for Jill Stein "all the way."

"But please do not look back at my presidency and think 'this is how we do it,'" he said. "Don’t forget we’re still in two different wars that I started." He added, "What has two thumbs and created ISIS? This guy."

Bush said he's not a "Trump synthesizer or anything," but that he feels for him. He also reminded Trump that the media was hostile towards his administration as well, and recounted the time two shoes were thrown at him during a press conference by an Iraqi reporter.

"But you know what they say," Bush said. "Shoe me once, shoe's on you, shoe me twice, I'm keeping those shoes."

Watch the full skit below: