On this episode of "The Chauncey DeVega Show," I talk to George Ciccariello-Maher about becoming a Fox News target 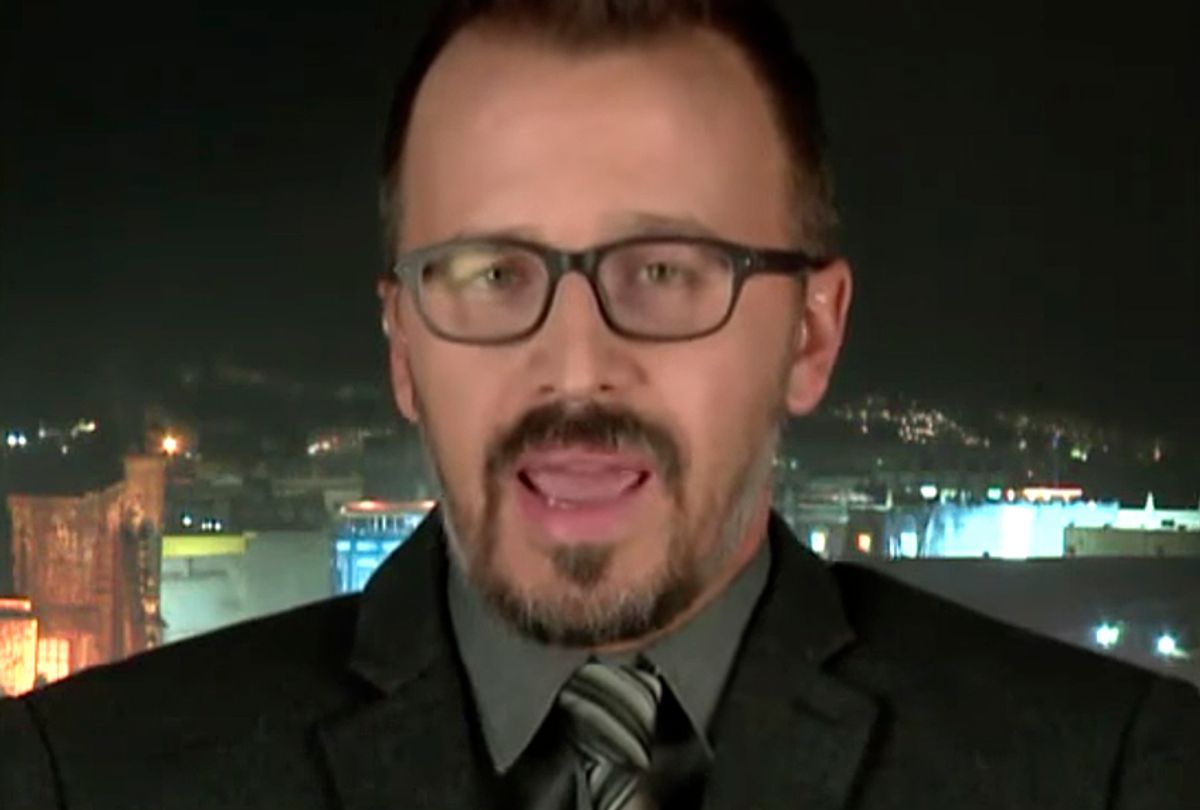 With the help of the Republican Party, the right-wing news media, and his legions of followers, President Donald Trump has attempted to silence dissent. Part of this campaign involves a coordinated assault on the concept of critical thinking and those individuals who dare to protest against his policies.

The right-wing assault on the American people and their capacity to resist Donald Trump and his movement has many elements: delegitimizing the free press; harassing and imprisoning political protesters and others who dare to exercise their constitutionally-protected rights of free speech and assembly; creating a malignant alternate universe through propaganda; supporting Christian fascism; cultivating ignorance and stupidity; eliminating restraints on corporate power; destroying the social safety net; growing the culture of cruelty and the surveillance and punishment state; and encouraging violence against liberals, progressives, and any other group or individuals whom conservatives view as "un-American."

Donald Trump and the broader right-wing movement have singled out America's educational system as a particular target of interest. Educated and literate citizens are a bulwark against the type of authoritarianism which afflicts sick and weakened democracies. To that end, across the United States, the right-wing movement is engaging in an expansive campaign of harassment, intimidation and other threats of violence against college professors and other educators they view as "radical" and "dangerous." As envisioned by Trump and his right-wing allies, the American school system should produce drone-like workers who are compliant and efficient, lacking the ability to function as democratically engaged citizens who hold their leaders accountable.

What is it like when the full force of Trump's movement comes crashing down on you? How does the right-wing mob target and mobilize against professors and other educators it views as the enemy? How are racism and white supremacy channeled in the war against American higher education?

In an effort to answer these questions, I recently spoke with political scientist George Ciccariello-Maher, currently a visiting scholar at New York University. Ciccariello-Maher was targeted for more than a year by Fox News and other parts of the right-wing echo chamber. This followed a series of comments he made online mocking conservatives' obsession with "white genocide" and calling attention to the connections between toxic white masculinity and mass shootings in America. This outpouring of death threats of murder and other forms of abuse eventually forced Ciccariello-Maher out of his previous tenured position at Drexel University.

As Ciccariello-Maher, the tweets that got him in trouble "were really straightforward analytic points about white mass shooters in the United States."

[These are] conclusions and observations that are well grounded in research, findings that have had seen thousands of pages of academic and other literature dedicated to them. In other words, white male entitlement and how potentially explosive and dangerous it is. This is not controversial. There are disagreements about some of the dynamics surrounding white men and mass shootings. But my conclusions are not that controversial. Yet my comments were enough in this moment to be turned into a call for violence and harassment against me.

The right-wing mob works as follows:

It begins on Twitter. Then the hate mails start. If you’re a college or university faculty member like myself, maybe you’ll get an email from an administrator or your chair saying, “We’re receiving all these messages.” These things begin to grow and in the worst case scenario what happens is that Fox News makes this into a story and runs with it for days. These faux-scandals and witch hunts are not about just reporting the news. It is about creating, inventing and amplifying this fake news. That’s when the real death threats begin because you now have people watching Fox News, getting all riled up and sending off threatening emails or phone calls.

On this week's show, I caution the public to remain focused on the real issues instead of being mesmerized by Donald Trump's sexual escapades and other antics. To close out this week's episode, I highlight the connections between "white trash" and Trump's racist slurs against nonwhite countries and immigrants.