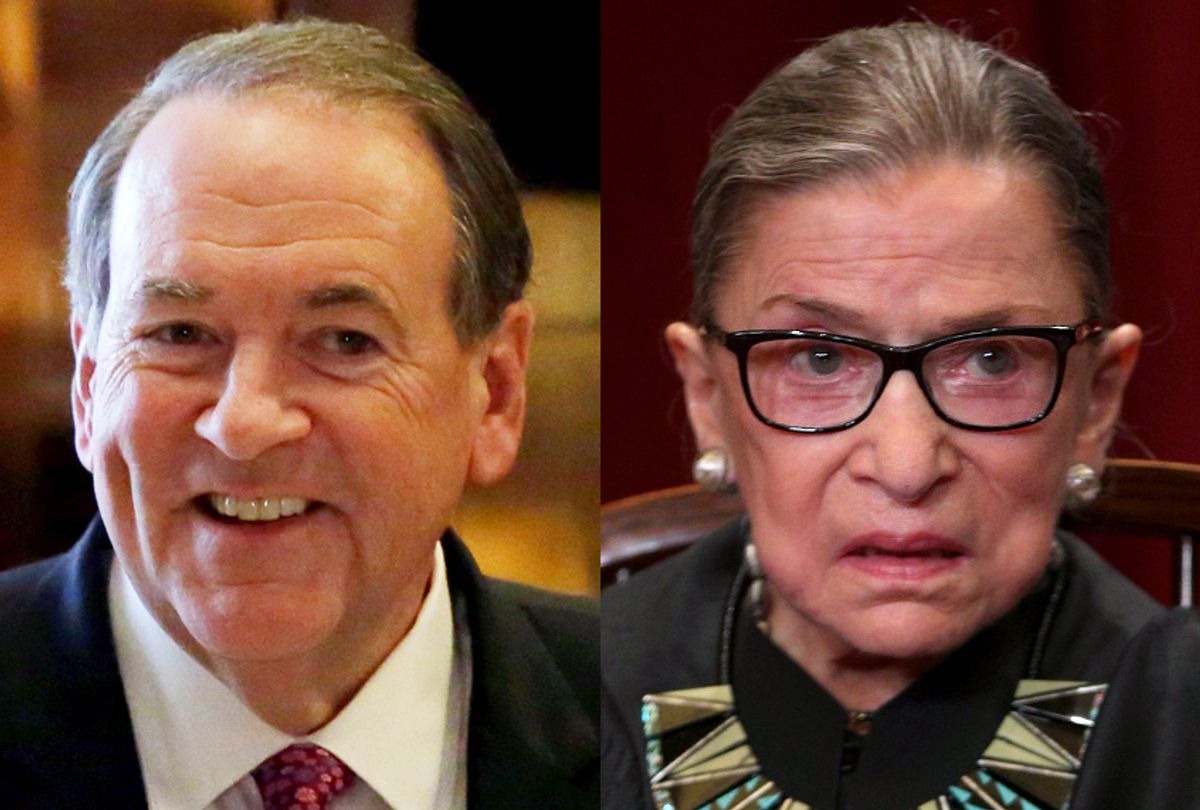 "It's not fair that ppl are criticizing Justice Ginsberg for skipping SOTU! Security concerns couldn't allow her to bring CPAP machine into House chamber," he said.

Huckabee's bad and not-at-all good tweet suggested that the 84-year-old justice needs to use a breathing machine (a Continuous Positive Airway Pressure Device). Usually such machines are used for the treatment of sleep apnea and not carted around in public during waking hours, though he included an image of the justice bowing her head during what appeared to be a brief nap during President Barack Obama's State of the Union speech in 2015. He also spelled Ginsburg's surname incorrectly, for bonus points.

The woman otherwise known as the "Notorious RBG" has clashed with Trump in the past. "He is a faker," Ginsburg said of the president in an interview with CNN. "He has no consistency about him. He says whatever comes into his head at the moment. He really has an ego."

In another instance, the liberal justice said, "I can’t imagine what this place would be — I can’t imagine what the country would be — with Donald Trump as our president. For the country, it could be four years. For the court, it could be — I don’t even want to contemplate that," speaking to the The New York Times. She joked she might move to New Zealand if Trump were elected president, in the same interview.

Then-candidate Donald Trump responded to the Justice's criticism with a tweet, in which he said "her mind is shot," and called on her to resign. Ginsburg later apologized for her comments.

Ginsburg notes that her absence is due to a scheduling conflict. Instead of attending the president's address to Congress, the Justice will deliver a "fireside chat" at the Roger Williams University School of Law in Rhode Island before speaking at a temple in Providence at 5 p.m. ET.