The criminalization of cannabis creates unnecessary fear around the drug 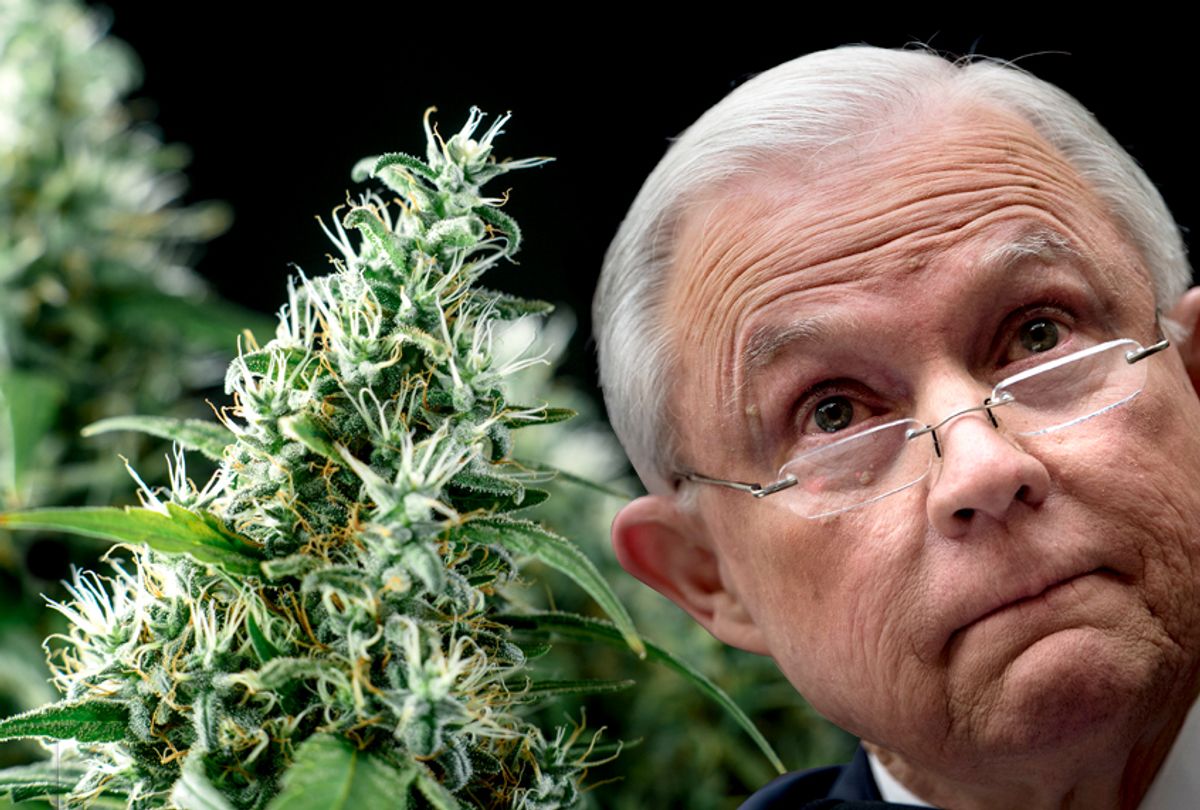 In the 1930s, parents across the U.S. were panicked. A new documentary, “Reefer Madness,” suggested that evil marijuana dealers lurked in public schools, waiting to entice their children into a life of crime and degeneracy.

The documentary captured the essence of the anti-marijuana campaign started by Harry Anslinger, a government employee eager to make a name for himself after Prohibition ended. Ansligner’s campaign demonized marijuana as a dangerous drug, playing on the racist attitudes of white Americans in the early 20th century and stoking fears of marijuana as an “assassin of youth.”

Over the decades, there’s been a general trend toward greater social acceptance of marijuana by a more educated society, seeing the harm caused by the prohibition of marijuana. But then, on Jan. 4, Attorney General Jeff Sessions rescinded an Obama-era memorandum suggesting federal agents should let states regulate control of marijuana and focus their efforts on other drugs.

Re-criminalizing marijuana in light of current research findings, including my own research of more than 15 years, makes Sessions’ proposed crackdown on legal marijuana look worse than reefer madness.

Researchers like myself, who regularly talk with people who are actively using hard drugs, know that legal cannabis can actually reduce the harmful effects of other drugs.

Re-criminalizing marijuana is a decision that makes little sense unless we consider the motives. History can shed some light here.

Media mogul William Randolph Hearst supported the criminalization of marijuana, in part because Hearst’s paper-producing companies were being replaced by hemp. Likewise, DuPont’s investment in nylon was threatened by hemp products.

Anslinger’s campaign succeeded beyond his aims. His fear-mongering was based more on fiction than on facts, but it made him head of the Bureau of Narcotics for 30 years. The social construction of cannabis as one of the most dangerous drugs was completed in 1970, when marijuana was classified as a Schedule I drug under the Controlled Substances Act, meaning it had high potential for abuse and no acceptable medical use.

Almost 50 years later, the classification remains and Anslinger’s views endure among many policymakers and Americans.

Today, marijuana critics often cite studies that show a connection between marijuana use and a host of negative outcomes, like use of harder drugs, criminality and lower IQ. Anslinger used the same tactics to incite fear.

But a correlation does not mean a causation. Some of these studies used flawed scientific methods or relied on false assumptions.

One popular myth, which started in Ansligner’s campaign and continues today, is that marijuana is a gateway to heroin and other opioids. Despite research dispelling this as a causal connection, opponents of marijuana legalization continue to call marijuana a “gateway drug.”

In a review of 60 studies on medical marijuana, over 63 percent found positive effects for debilitating diseases – such as multiple sclerosis, bipolar disorder, Parkinson’s disease and pain – while less than 8 percent found negative health effects.

The most harmful effect of criminalizing marijuana may not be its restriction on medical uses, but its devastating cost to American society, which experienced a 500 percent increase in incarceration due to the war on drugs.

The tragedy in this policy is that decriminalizing drugs has shown to lower drug use – not increase it.

In 2000, Portugal had one of the worst drug problems in Europe. Then, in 2001, a new drug policy decriminalized all drugs. Drug control was taken out of the criminal justice system and put under the Ministry of Health.

Five years after Portugal’s decriminalization, drug use by young people was down. Teenagers between the ages of 16 and 18, for example, were 27.6 percent less likely to use drugs. What’s more, the number of people going to treatment went up, while drug-related deaths decreased.

Fifteen years later, Portugal still had lower rates of heroin and cocaine seizures, and lower rates of drug-related deaths, compared to the rest of Europe. Cannabis use in Portugal is now the lowest among all European countries. Moreover, Portugal’s policy change contributed to a reduced number of drug addicts with HIV.

The “Portugal Experiment” shows what happens when we take an honest look at a serious societal drug issue. Taking a tactic used by Anslinger, opponents of marijuana legalization claim it will lead to more use by young people. However, in states that legalized medical marijuana, use by young people did not increase or even went down. Recent data show that use of marijuana by teens decreased even in states that legalized marijuana for recreational use.

As the U.S. battles an opioid epidemic, states where marijuana is legal have seen fewer deaths from opioid overdose.

More studies are finding medical marijuana patients were using marijuana as a substitute for pain pills. After a medical marijuana law was passed, use of prescription medication for which marijuana could serve as a clinical alternative fell significantly.

Faced with a deadly opioid epidemic, more of the medical establishment is beginning to acknowledge the potential of marijuana as a safer therapy for pain than opioids.

Listening to those who are suffering

In my own field research, I’ve conducted hundreds of interviews with people who used heroin, cocaine, methamphetamine and other really dangerous drugs. Most of them used drugs to address social isolation, and emotional or physical pain, which led to addiction. They often told me that they used marijuana to help them stop using more problematic drugs or to reduce the side effects of withdrawing.

“In a lot of ways, that was my sanity,” said a young man who had stopped all drugs but cannabis.

Marijuana became a gateway out of heroin, cocaine, crack and other more deadly drugs.

While the Institute of Medicine released a report in 1999 suggesting the development of medically useful cannabinoid-based drugs, the American Medical Association has largely ignored or dismissed subsequent studies on the benefits of cannabis.

Today, in many states, people can use marijuana to treat illnesses and pain, reduce withdrawal symptoms, and combat cravings for more addictive drugs. They can also choose to use cannabis oil or a variety of healthier ways than smoking for consuming cannabis. This freedom may be jeopardized by a return to criminal marijuana.

So we have to ask, what kind of people want to re-criminalize cannabis today? What are their motives? Who profits from continuing to incarcerate people for using marijuana? Whose power will be diminished when a drug that has so many health benefits is provided without a prescription?