The real State of the Union: America has a huge political vacuum 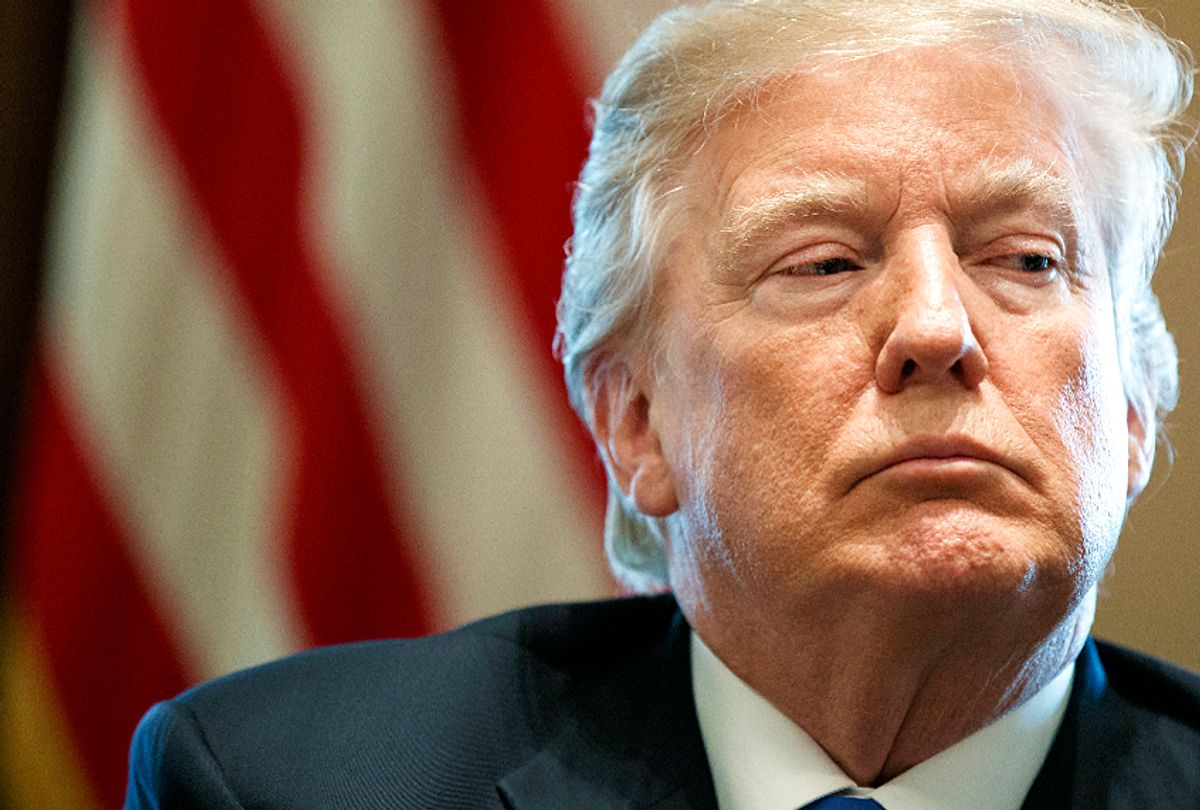 Has there ever been a more predictable and less meaningful State of the Union speech than President Trump’s debut performance on Tuesday night?

What will Trump say that Americans haven't already heard or already know, personally and politically? Next to nothing, I’d suggest.

Every adjective that can describe his manner, priorities, delivery, habits and abilities has been beaten to death in the past year. Every statement he’s likely to mouth has been vetted by speechwriters whose talents include turning meaningful words into mush.

And yet, almost everything that comes from critics, both on the political left and the right, seems only to fortify the convictions of the minority of Americans who voted for him. (The Electoral College math giving him the presidency is a topic for another time.)

Anything that feeds the media circus elevates Trump. This dynamic is not new. Luigi Zingales, a professor of entrepreneurship and finance at the Booth School of Business at the University of Chicago, said a similar turbulence marked Silvio Berlusconi’s tenure as Italy’s prime minister.

“Mr. Berlusconi was able to govern Italy for as long as he did mostly thanks to the incompetence of his opposition,” he wrote in a New York Times commentary in mid-November 2016. “It was so rabidly obsessed with his personality that any substantive political debate disappeared; it focused only on personal attacks, the effect of which was to increase Mr. Berlusconi’s popularity. His secret was an ability to set off a Pavlovian reaction among his leftist opponents, which engendered instantaneous sympathy in most moderate voters. Mr. Trump is no different.”

One year into Trump’s presidency, Zingales’ words resonate. His suggestion for Democrats and other critics is to treat Trump like the bungling and vindictive politician that he has since proved to be — and not allow him to wiggle out by defending himself as a "political outsider” or blaming career politicians, even elected Republicans, from thwarting him.

Obviously, that hasn’t happened. Democrats, whether progressives or centrists, universally despise Trump and have seized every opportunity to say so. But the party, led by Washington-based centrists, is not unified. As Zingales warns, its criticisms, even across the party's spectrum, are not offering much to voters — besides rejecting his policies and saying Americans deserve much better.

Meanwhile, on the political right, Juleanna Glover, a former staffer for George W. Bush, Dick Cheney and John Ashcroft, wrote a New York Times commentary on Tuesday that suggested a growing swath of conservatives are willing to leave the Republican Party if an attractive centrist alternative emerges. She suggested retiring U.S. senators like Tennessee’s Bob Corker, Republican governors in blue states like Larry Hogan of Maryland, or former Wall Street corporate CEOs, could lead such an effort.

Her overall point transcends any possible contender; it's about political identity and party. Glover said there was a huge hole in the Republican tent and a leadership vacuum on the center-right. That view is mirrored by the Democrats' unresolved internal schisms. Glover’s point is that a wide swath of Americans are ripe for a third party. However, she isn't talking about a resurgent Libertarian from the right or even Greens from the left.

“If surveys have any truth to them, plenty of Americans are ready to join them,” she said, speaking of a third party's appeal. “A September Gallup poll found 61 percent of American voters support the idea of a third major political party, the highest level of support Gallup had ever recorded. Young voters seem especially eager to junk the two-party system; NBC reported in November that 71 percent of millennials want another choice.”

As Congress, the Supreme Court and a national audience watch Trump’s speech and the Democratic response, you can be sure a great many Americans will be thinking: how did this country get itself into this mess? And what will it take to get America out of it? A new third party is an easy and attractive answer because it's an alternative that's an ideal and not yet a reality.

The question, then, is not whether America is ready for a third party. It’s whether a third party would come from the left, the right, or the center. The eyebrow-raising inference from Glover's analysis is that the center-right is most ripe to abandon the GOP for a new, more competent and representative party.

She could be correct. As Democrats and progressives pounce on Trump’s speech, look at what alternative they are offering voters hungry for a new choice that they can embrace with passion. If Zingales is correct in applying the lessons from Berlusconi's tenure to Trump's presidency, the Democrats are not doing much that is effective.

"The Democratic Party should . . . find a credible candidate among young leaders, one outside the party’s Brahmins,” he wrote shortly after the 2016 election. “The news that Chelsea Clinton is considering running for office is the worst possible. If the Democratic Party is turning into a monarchy, how can it fight the autocratic tendencies in Mr. Trump?”

On Tuesday, the party’s official response was given by the latest member of the Kennedy clan, Rep. Joe Kennedy, D-Mass., — offering more Democratic dynasties as a counterpoint to Republican autocracy. Yes, he recited more lines about Americans being a people that rise above pettiness and deserve a better government than Trump and the GOP are offering. But his speech, despite a few rousing lines, was filled with cliches that have become so predictable they lose meaning.

Americans may be ripe for a third party. With both parties suffering from internal schisms, and blinded to their own ineptness, don’t be surprised if voters watching Trump's speech and the Democrats' replies start looking outside the traditional duopoly being served up.

The question is, where will a fed-up nation look for alternatives — from the left, the right or the center?