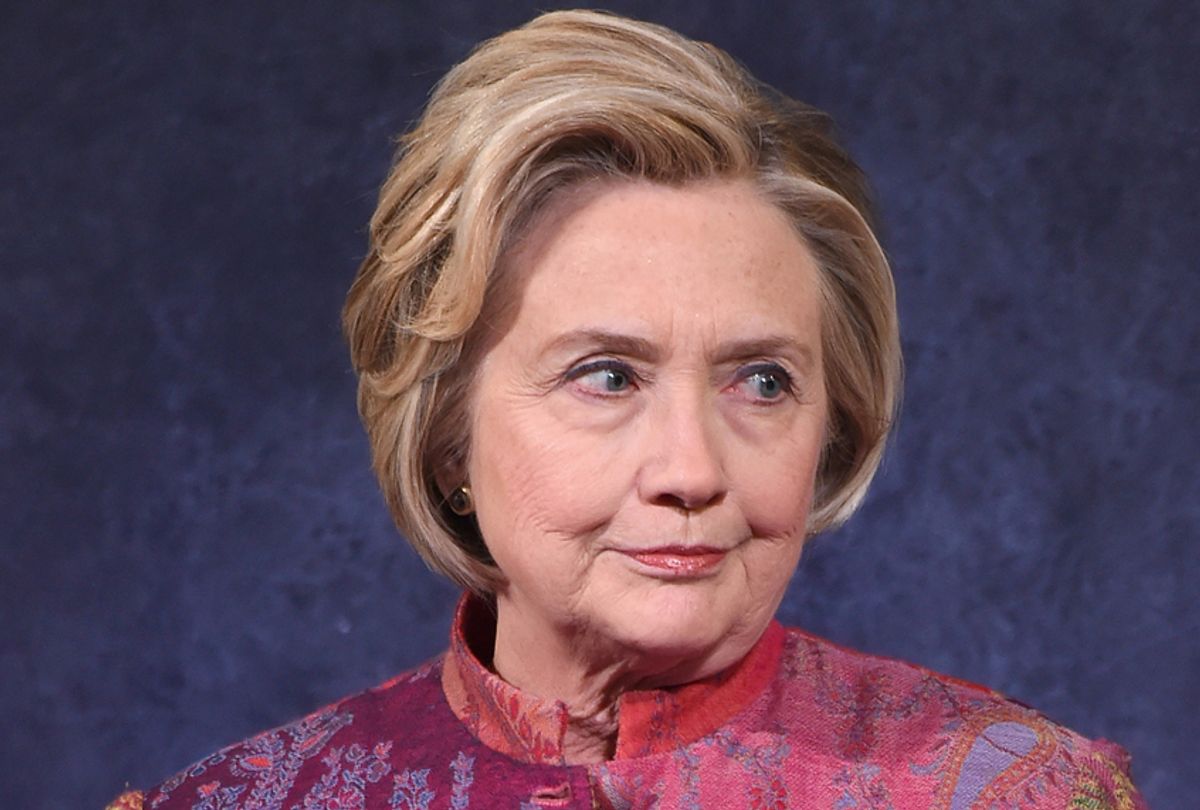 On Tuesday night, 15 minutes ahead of President Donald Trump's State of the Union address, Hillary Clinton said she should have fired a top aide from her 2008 presidential campaign who was accused of sexual harassment by a subordinate female staffer instead of allowing him to continue to work for her.

"The most important work of my life has been to support and empower women," Clinton wrote in a lengthy Facebook post. "So I very much understand the question I’m being asked as to why I let an employee on my 2008 campaign keep his job despite his inappropriate workplace behavior."

She added, "The short answer is this: If I had it to do again, I wouldn’t."

Just under a week ago, it was reported by The New York Times that Clinton had covered for her top aide who was also her faith-based adviser, Burns Strider, who was "accused of repeatedly sexually harassing a young subordinate" but kept on the campaign at Clinton's request.

"In the end, I decided to demote him, docking his pay; separate him from the woman; assign her to work directly for my then-deputy-campaign manager; put in place technical barriers to his emailing her; and require that he seek counseling," Clinton wrote. "He would also be warned that any subsequent harassment of any kind toward anyone would result in immediate."

She added, "I did this because I didn’t think firing him was the best solution to the problem."

"He needed to be punished, change his behavior, and understand why his actions were wrong," she continued. "The young woman needed to be able to thrive and feel safe. I thought both could happen without him losing his job. I believed the punishment was severe and the message to him unambiguous."

Strider was accused of sexual harassment once more at a job five years later with the super PAC "Correct the Record" run by Clinton ally, David Brock, the Times reported.

"I recognize that the situation on my 2008 campaign was unusual in that a woman complained to a woman who brought the issue to a woman who was the ultimate decision maker," Clinton wrote. "There was no man in the chain of command. The boss was a woman. Does a woman have a responsibility to come down even harder on the perpetrator? I don’t know."

She added, "But I do believe that a woman boss has an extra responsibility to look out for the women who work for her, and to better understand how issues like these can affect them."

Though Clinton's lengthy post came at a — let's face it — rather peculiar time considering it was quickly washed away by coverage of Trump's address, and the subsequent fallout. The timing feels more like a weekend news dump, something offered amid a torrent of other distracted activity with the hopes of it being swept away be larger, more urgent coverage. There's no proof of that, of course, but this is exactly how it comes off.

It also comes at a peculiar moment in time for women. Many prominent liberal women, beginning in Hollywood, recent months championed the #MeToo movement and sought to expose men who have abused their power in the workplace and political or social circles in recent in months.

And, yet, some of those very same women have been caught making excuses for men they love or admire. Clinton, who has been criticized widely by both the left and right for continuing to employ Strider, is perhaps the most prominent example of this trend. It's something that has severely compromised her overall credibility in regards to the #MeToo movement and feeds into the longstanding impression that, as a liberal, she engages in doublespeak and lacks a certain progressive commitment.

Given the manner of its release, this apology, while written well at times, will do little to combat those perceptions about her.