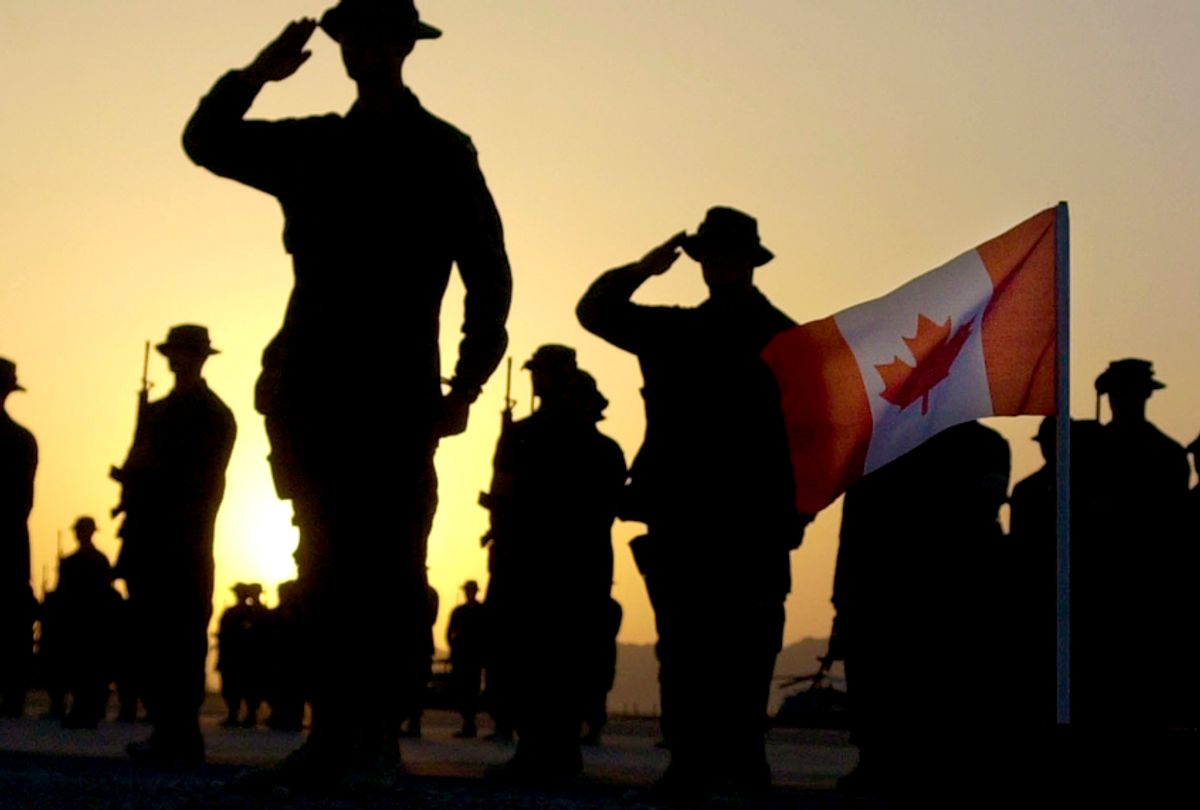 Canada's Senate passed a bill Wednesday that seeks to make the country's national anthem gender neutral. Specifically, the legislation aims to change the lyric "in all thy sons command" to "in all of us command."

After 18 months of debate, the bill passed without amendments in the Senate. It now awaits royal assent from the Governor General before it officially becomes law.

The legislation was first introduced to the House of Commons in 2016 by Mauril Bélanger, a liberal member of parliament who died later that year, as a push to eliminate gendered language from "O Canada," which some have argued is discriminatory and exclusionary.

Independent Alberta Sen. Grant Mitchell said he is "delighted that Bill #C210 has passed," and congratulated Sen. Frances Lankin, a sponsor of Bélanger's bill and an Independent representing Ontario.

Minister of Canadian Heritage Mélanie Joly cheered on the Senate as well. "Mauril's dedication to a gender-neutral National Anthem will serve as a legacy for generations to come," she wrote on Twitter.

Nevertheless, some Canadians are not happy about the bill's passage. Sen. Denise Batters, a Conservative representing Saskatchewan, called the legislative process "shameful" and "anti-democratic" on Twitter. Betty Unger, another Conservative Senator from Alberta, said, "Our national anthem has just been changed by hijacking parliamentary procedure."

Since 1980, when "O Canada" was officially adopted as the country's national anthem, several bills have come before the Parliament to replace the song's gendered references. All previous attempts have failed.

The song was written by Robert Stanley Weir in 1908 and has been amended before. In 1913, the lyric "thou dost in us command" was replaced with "in all thy sons command." This update sparked heavy debate and is the exact line the Canadian Parliament just voted to change again.