Devin Nunes' "release the memo" saga is a transparent farce, but it's working 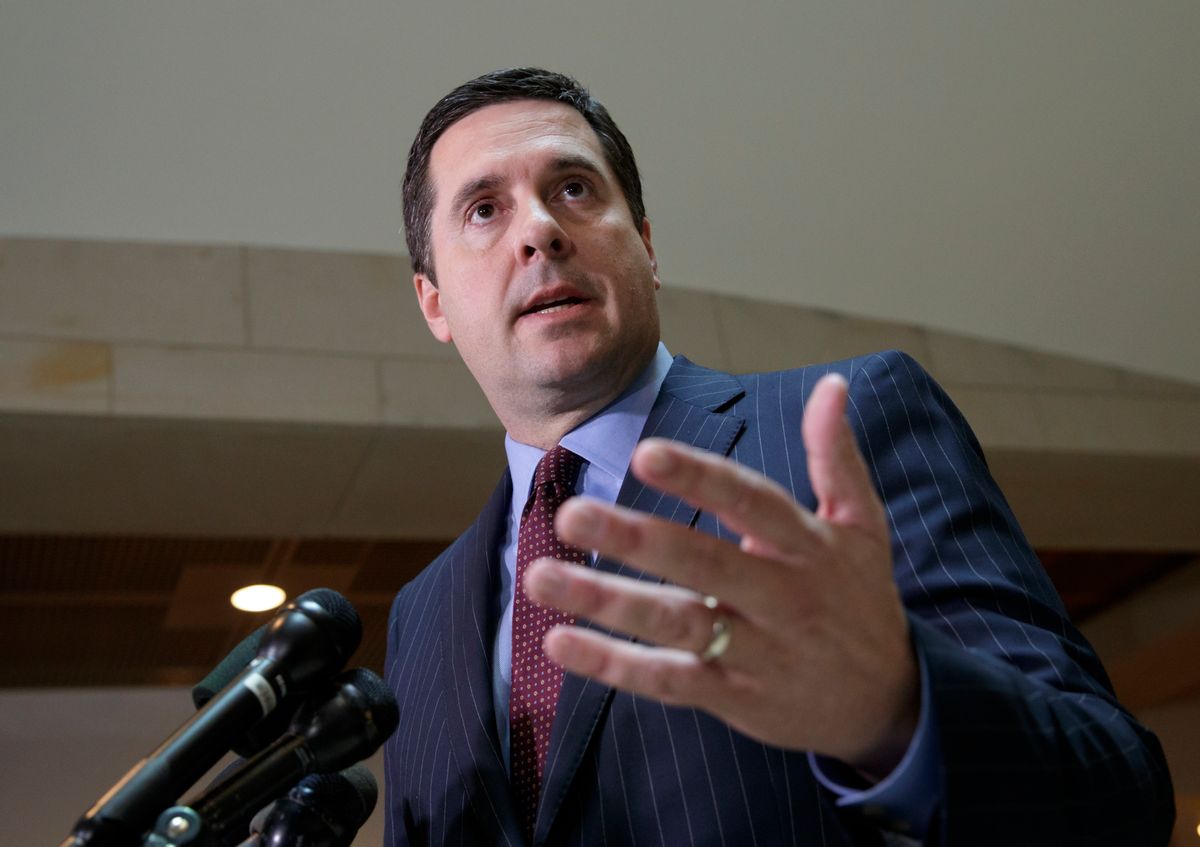 As early as today, a controversial three-and-a-half page document authored by Republicans on the House intelligence committee may be released to the public. The committee’s Republican members, led by Chairman Devin Nunes, a close ally to President Donald Trump, claim the memo contains damaging information about the early stages of the FBI’s investigation into Trump associates’ ties to Russia that will shock the republic to its core. Democrats respond that the document is a shoddy political salvo that rips information from its proper context in a brazen effort to undermine our institutions. The FBI is publicly warning that the memo makes “material omissions of fact that fundamentally impact the memo’s accuracy.” And it should be obvious to anyone who’s been paying attention that Nunes long since gave up any real credibility to act as an arm of the White House, and that this effort is an explicit, deliberate attempt to undermine special counsel Robert Mueller’s probe.

With Trump expected to aid the memo’s publication, we’ll all know its contents shortly. But at this point, the memo’s actual claims are all but irrelevant — what matters is the way it will be used by the president’s allies as fodder against Mueller. To the extent that he has been able to keep the media’s attention on the memo’s contents, Nunes has already achieved his aim: He’s confused the public, diverted attention from the administration’s misdeeds, and riled up the Republican base in defense of the president.

It was a fairly obvious political stunt: Nunes drafted the memo in secret and sent Republican members out to trumpet its conclusions (complete with a hashtag!) as worse than Watergate yet claim they are unable to speak to its details, and publically demand action to release it. His tactic has generated two weeks of hollow scandal coverage from the mainstream press and frighteningly catastrophic doomsaying promotion from the president’s media allies.

Meanwhile, Nunes has successfully siphoned off a portion of the media’s attention from the ongoing revelationsof obstruction and corruption in the Trump administration — as well as the Republican Congress’ willingness to aid his unprecedented demolition of political norms — and focused them instead on what amounts to his op-ed. Every inch of front-page space or every minute of television coverage journalists spend reporting on the memo is one they can’t use to report on the president asking the then-acting FBI director whom he voted for, or that he ordered Mueller’s firing only to back off when the top White House lawyer threatened to resign, or that he asked the deputy attorney general if he was “on my team” — all stories that broke since the #ReleasetheMemo campaign began.

The result is likely a confused public that doesn’t quite know what’s going on but has heard that the FBI might have done something wrong, and a frenzied Republican base unshakably convinced that the FBI’s leadership is anti-Trump and needs to be purged immediately.

This is the lesson Republicans learned long ago: If you have control over the congressional investigative apparatus, you can wield it as a weapon against your political foes. The conservative press will champion your wildest fantasies and savage the mainstream press for refusing to sufficiently cover your investigations. And journalists, otherwise grounded in reality, find themselves trapped, unable to ignore a GOP committee chair’s allegations, however implausible, bound by norms of impartiality against stating directly that the investigators are acting in bad faith.

At best, the claims end up getting covered as a controversy. But that favors the Republican aggressors because you can’t cover a dispute without promoting their position, helping them inflame doubts in the minds of the public.

If reporters believe that congressional investigators are acting in bad faith, the only way to get that information out to the public is to center their stories around that point. But few are willing to do so.