Mickey Krause made it big selling Beanie Babies, until the fad went bust. Then, at 50, she found her true calling 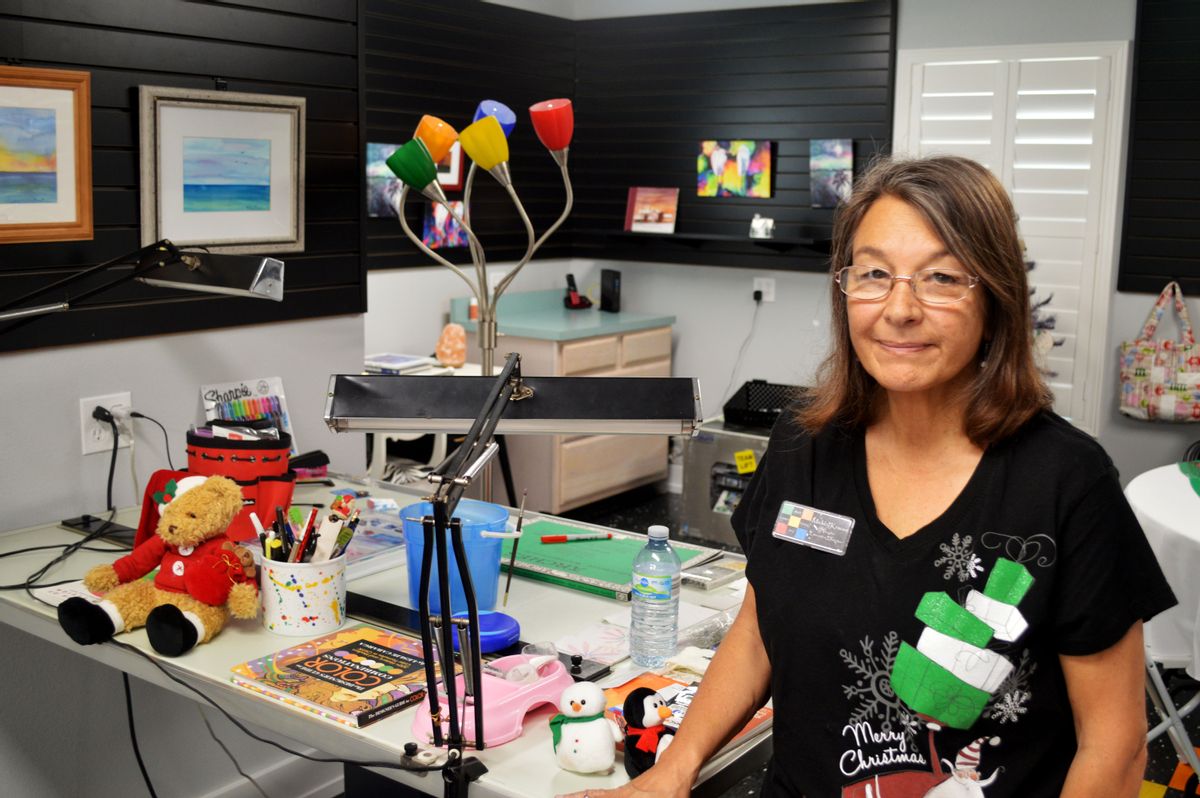 In the late '90s, Mickey Krause found her Beanie Baby business starting to crumble. Krause had begun as a St. Louis-based collector, but then, as she says, she “got caught up in the craze” and ordered shipments of the plush toys to sell through her registered domain beaniebaby.com. After a lung disease diagnosis, she put the business — storefront and all — up for sale at nearly $1 million.

The timing was unfortunate. The Beanie fad had already faded, and Krause also faced a lawsuit. Ty Inc. had sued her for trademark infringement and unlawful sales.

“I had fifteen minutes of fame in the St. Louis Post-Dispatch,” recalled Krause. “There was a picture of me and a whole article about it.”

On the advice of a bankruptcy lawyer, Krause, then nearing age 50, fled St. Louis. The lawyer recommended she liquidate her assets, then move to either Texas or Florida, she said, because of those states’ homestead laws.

Krause, like many others who need a second chance, chose Florida.

“I sold everything, ended that business, and moved down here,” she said. “It was wild.”

Krause technically won the lawsuit. Ty Inc. eventually paid her $3,000 for the domain. But she’d spent so much in legal fees that she couldn’t afford the life Beanie had helped build.

“I was 50 years old and went through the process of figuring out what I want to do when I grow up,” she said. “I decided to be an artist.”

Krause took some local art classes and in 2007 pursued a BFA at Sarasota’s Ringling College of Art and Design. The formal school setting ultimately didn’t work for her as she'd hoped, so she withdrew and moved back to Pinellas County, where she decided to open an art house specifically for disabled, elderly or veteran artists.

“Everyone has a lot on their plates — disease or broken marriage — and people are hurting,” said Rand Marsters, 81, president of the Largo Art Association, where he met Krause years ago. “You can encourage people to participate in art where a life could be saved or regenerated.”

In 2014, Krause found a rundown building in Largo, the third largest city in Pinellas behind St. Petersburg and Clearwater. The building featured a painting of Betty Boop on the outside, and Krause mused it may have once operated as a bar. She took out a reverse mortgage on her house, then painted the building her favorite color: pink.

On a December afternoon, two contractors laid tile in a handicap accessible bathroom with a shower for future residents. Near them stood a functional area with a washer and dryer, a table for framing and places for supplies.

A backdoor led to a double lot, which, Krause said, may one day be turned into added storage and a room for a gallery and classes.

“Mickey is certainly someone who takes the ball and runs with it,” said Marsters. In 2016, on the advice of a mentor, Krause established the house as the nonprofit Art Lovers Place, Inc. She has since set up crowdfunding sites and partnered with Network for Good.

Interested artists will submit a portfolio. A board will choose the residents who will, Krause said, pay around $150 a month for a key to the house. Krause hasn’t yet put out an official call to other artists because she first wants everything “to be done,” which, she said, it almost is.

The process to open Largo Lovers Art House has proven slow — there’s currently a glitch with the city on handicap parking — but it’s one through which Krause has learned much.