Trump’s path to citizenship for 1.8 million will leave out nearly half of all Dreamers

The proposed fix still keeps Dreamers in a state of uncertainty 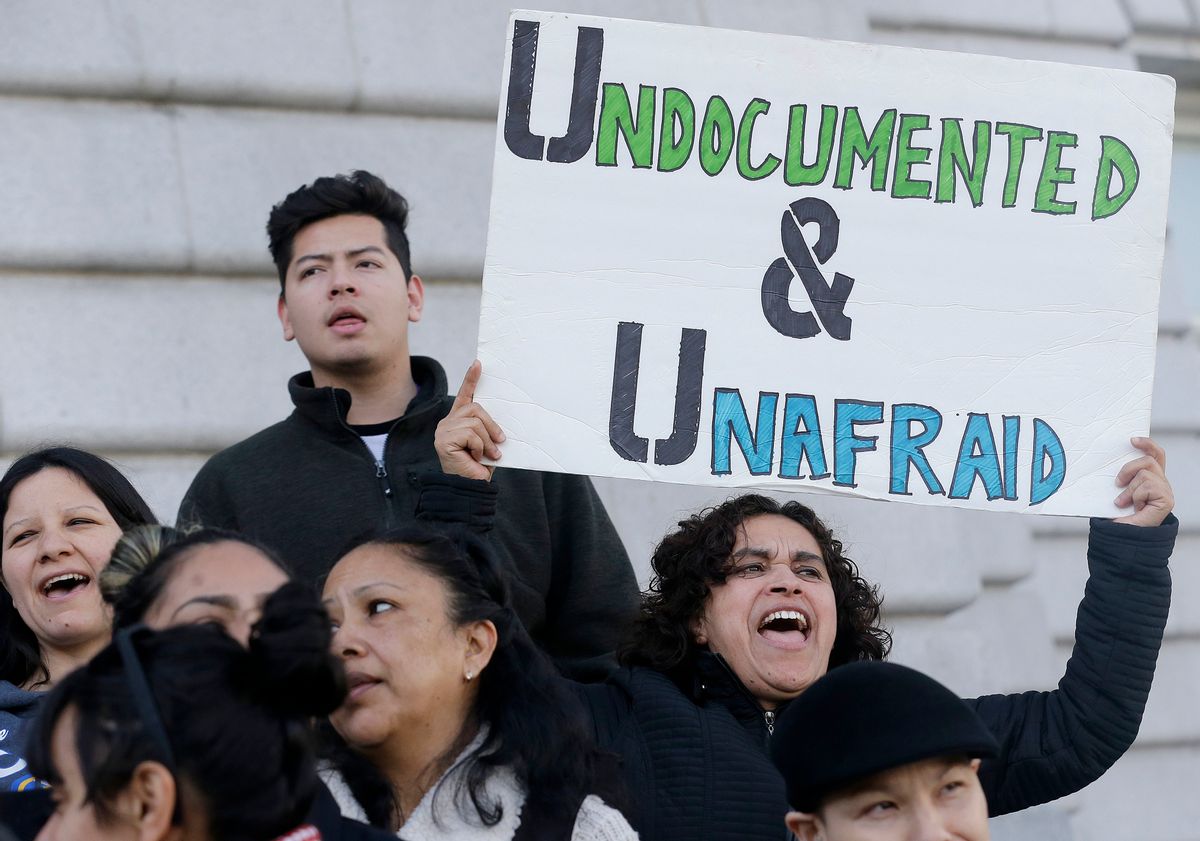 Which “Dreamers” will be given legal recourse to stay in the U.S., and which ones will be left out?

This is the central question surrounding current debate in Washington over a group of undocumented immigrants who were brought to the U.S. as children. The scramble for a solution has taken on greater urgency since the Trump administration announced that DACA would be phased out and ended in March 2018. That deadline is currently on hold due to a federal court ruling — but a battle in Congress over the Dreamers’ fate closed the federal government for 69 hours earlier this month.

Some conservatives have balked at the idea of giving “amnesty” to any lawbreakers whatsoever. However, in a recent proposal, President Donald Trump has offered to provide a path to legalization for 1.8 million Dreamers who either received Deferred Action for Childhood Arrivals or were DACA-eligible.

What would that mean?

Left out of DACA

DACA is an Obama-era program that provided limited rights to undocumented youth who were brought to the U.S. as children and met certain requirements. Since its inception in 2012, DACA provided relief to close to 800,000 young undocumented immigrants. Recipients were temporarily shielded from deportation and provided with work authorization.

DACA only applied to undocumented immigrants who were younger than 31 as of June 15, 2012 and had come to the U.S. before age 16. They had to be in or have graduated from high school, had to have obtained a general education development certificate, or had to have served in the military. This left out some people.

Anyone with a criminal record of a felony or more than two misdemeanors or who posed “a threat to national security or public safety” was prohibited from receiving DACA. This left out others.

Additionally, some who were eligible did not apply out of fear that signing up might lead to them or their families being deported. Indeed, after Trump assumed office a number of DACA recipients were arrested and detained.

Trump’s proposal: Generous or not?

President Trump’s latest immigration proposal states that it would “provide legal status for DACA recipients and other DACA-eligible illegal immigrants, adjusting the time-frame to encompass a total population of approximately 1.8 million individuals.” The proposal appears to maintain the same requirements that existed for DACA.

Some supporters of the proposal have viewed the relief for that many undocumented immigrants as generous. However, the proposal would limit relief to about only one-half of Dreamers, ignoring the 1.8 million that never registered for DACA.

Millions of undocumented immigrants who have lived and worked in the U.S. for years would not be eligible for legalization and face possible deportation. People with families — including U.S. citizen children — friends, jobs and communities in the United States will be affected.

The fear of removal is real and has had major health and other consequences on immigrant communities and families.

All of this is only part of what Trump’s proposal is seeking to do. The proposal calls for great increases in immigration enforcement, including the appropriation of billions of dollars to build a wall along the U.S.-Mexico border. It also calls for increased detention and immigration enforcement and the expansion of expedited removal of noncitizens apprehended in the interior of the country. Moreover, the Trump proposal seeks drastic reductions of family-based immigration and an end to “extended-family chain migration” as well as elimination of the diversity visa program.

Organizations ranging from the American Immigration Lawyers Association to the Mexican American Legal Defense and Educational Fund believe that Trump’s legalization program for a portion of the undocumented community is not worth the formidable costs.