Laden with $20 billion in debt, talk-radio giant iHeartMedia is trying desperately to save its failing business 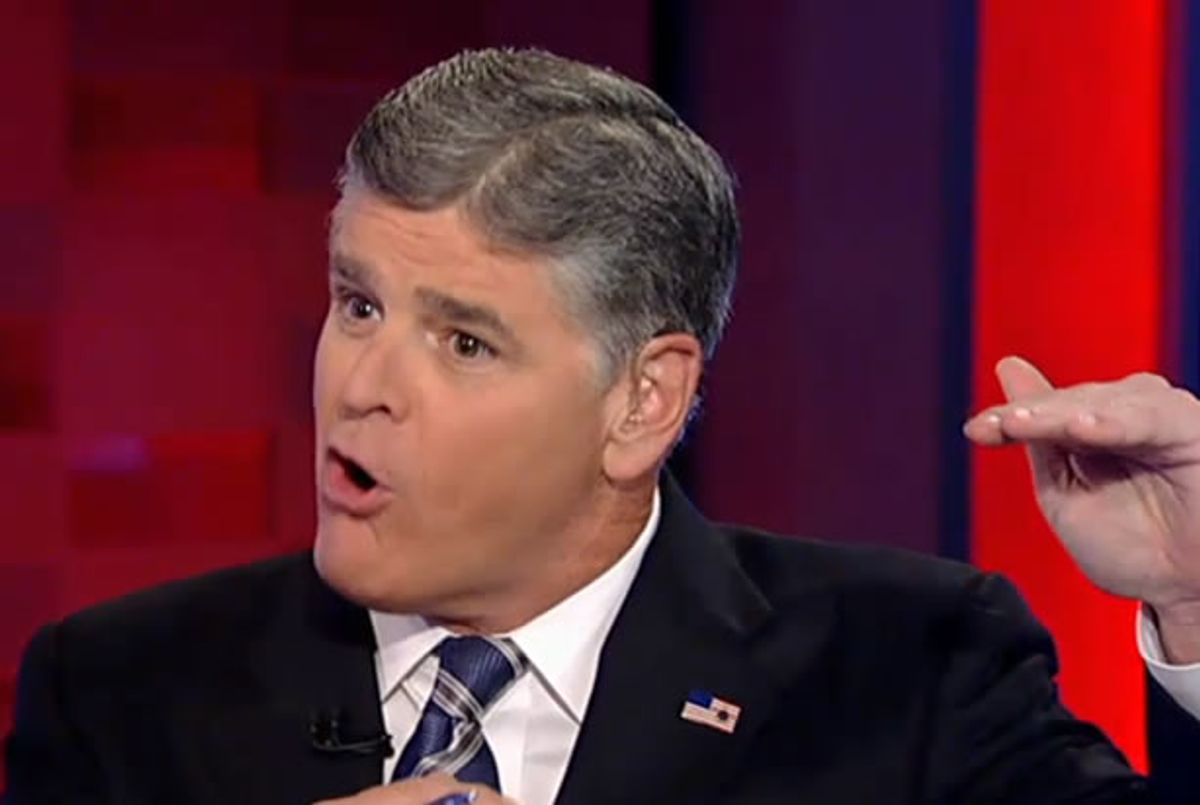 iHeartMedia, the struggling company that owns hundreds of radio stations and distributes the talk programs of Sean Hannity, Rush Limbaugh and Glenn Beck, took another step toward bankruptcy by formally notifying its bondholders that it would invoke a 30-day "grace period" clause to avoid paying a $106 million interest payment that was due on Thursday.

In announcing the delay, iHeart insisted that it had the cash but needed more time to complete a reorganization that it said would "proactively and comprehensively address iHeart's capital structure."

The move spooked financial analysts. S&P Global downgraded iHeart's stock to its lowest rating and warned investors that the radio giant was likely to default on its debts. Several analysts have begun speculating that iHeart will file for bankruptcy protection during the grace period.

iHeart, which was formerly known as Clear Channel Communications, suffered another setback in late December when its billboard advertising division, a separate publicly traded company, was sued for extending more than $1 billion in cut-rate loans to iHeart, which were supposed to be paid in full by Dec. 15.

Instead of paying its debt, iHeart, which owns about 90 percent of Clear Channel Outdoor's shares, forced its subsidiary to postpone the due date to May 15 of next year.

In a filing in the Delaware Court of Chancery, a Massachusetts county pension fund alleged that iHeart has been utilizing Clear Channel's steady revenue stream as the primary means of financing itself because iHeart is unable to attract investment. The lawsuit was first reported by the Courthouse News Service.

According to the Norfolk County Retirement System's brief, iHeart spun off Clear Channel Outdoor as a publicly traded company in hopes of attracting investors who were wary of buying its own stock. At the same time, iHeart retained effective control of Clear Channel through its large ownership stake and could thus steer the subsidiary's business decisions.

"Rumors of impending bankruptcy made it increasingly difficult, if not impossible, for iHeart to issue debt in the public market," the pension fund argued, citing that the radio giant has several times been forced to warn investors that it may go out of business.

iHeart has more than $20 billion in debt, much of which will be maturing this year and the next. The company became highly leveraged after Thomas H. Lee Partners (THL) and Bain Capital — the private equity fund founded by 2012 Republican presidential nominee Mitt Romney — took effective control of the company in 2006.

Both investment firms are known for buying up companies and selling off their most profitable divisions. Frequently, as in the case of iHeart, buyout firms use bonds and loans to purchase targeted company stock in the hopes of driving up share prices and also to provide greater freedom for restructuring.

In its filing, the Norfolk County Retirement System alleges that iHeart has devised a system where Clear Channel's surplus cash on hand is siphoned back daily to iHeart through an open-ended "revolving note" loan. This is the primary way that iHeart is able to finance its own operations, the filing claims, since the parent company has been unprofitable for years.

Beyond its revenue difficulties, iHeart has struggled to attract investment in its operations because its assets are extremely concentrated in political talk radio programming and stations, a segment of the larger industry that is facing dire prospects.

Not only are younger Americans less interested in political talk radio, the sector has also been harmed by the rise of ever-more-controversial hosts like Michael Savage and Alex Jones, who frequently promote outlandish conspiracy theories and use foul or abusive language. Their ratings success has forced other, more established hosts like Limbaugh and Hannity to step up their own rhetoric, which in turn has made advertisers retreat. Left-leaning activists have accelerated this process by mobilizing social media campaigns targeting the programs' sponsors.

As a result, political talk radio advertising spots sell for significantly less than those of entertainment programming.

iHeart's long-term prospects have also been harmed by the company's refusal to invest in online properties, since much of the conservative radio audience is shifting to the web. While iHeart has faced many consecutive years of losses, its rival Salem Media Group has been consistently profitable, thanks to a diversified asset portfolio that also includes Christian radio stations, the Regnery publishing house, and several top conservative websites like Townhall, Hot Air and Twitchy.

iHeart has tried to move its entertainment programming into streaming radio to compete with services like Spotify, but thus far profits within the new industry have proven elusive for everyone.

Faced with mounting losses and no ability to get new investment, iHeart has made multiple attempts to give away some of its assets in exchange for debt forgiveness.

In October, the New York Post reported that iHeart had offered creditors almost 50 percent of the company in an out-of-court restructuring. According to the Norfolk County Retirement System lawsuit, in November iHeart tried to appease creditors with a proposed sale of up to 87 percent of its stake in Clear Channel and its radio divisions. Both proposals were rejected.

iHeart has also forced its high-profile talk hosts to take pay cuts in an effort to save money. In 2016, Limbaugh agreed to a reduced salary, although the terms of the deal were not announced. This was a departure from past years, when information about Limbaugh's contracts was blasted far and wide to boast of his influence and power.

While these long-term trends have been widely reported on by a variety of media outlets, Hannity has claimed that his industry is not in decline.

"This article is fake news ... business has never been better," he wrote on Twitter in response to a June Salon report that recounted the perilous situation of iHeart and its rival, Cumulus Media. He has not commented on his employer's recent efforts to avoid insolvency.

In November, Cumulus formally declared bankruptcy and has since been selling off assets and trying to settle its much smaller $1 billion in debt.

According to the Wall Street Journal, Bain and THL would not be harmed in a bankruptcy restructuring since their original 2006 investment also included the purchase of iHeart's preexisting debt at a discount. Since that time, both firms have sold off the debt for a profit to other parties and have also charged iHeart millions of dollars in management fees.

While many of iHeart's creditors appear to prefer their chances in bankruptcy court, in its brief, the Norfolk County Retirement System said that its investment in Clear Channel could be severely jeopardized from an iHeart bankruptcy.

"If iHeart were to become insolvent or file for bankruptcy protection, then Clear Channel would become just another unsecured creditor of iHeart unlikely to ever be repaid in full, if at all," the plaintiffs wrote. "Indeed, iHeart's bankruptcy could cause Clear Channel to experience a severe liquidity shortfall of its own."

In an advisory last year, iHeart disclosed that it had lost $248.2 million in its third quarter, the 29th time in 30 quarters the company has posted losses.

Representatives for iHeart and Clear Channel did not respond to requests for comment.

At the end of Friday trading, Clear Channel Outdoor was valued at $4.70 per share on the New York Stock Exchange. iHeartMedia was valued at 57 cents a share, a steep drop from the $37.60 per share that Bain and THL paid in 2006. Its stock is not listed on any major market exchange.