They're beautiful. They're classics. They're essential cinema. They're racist. 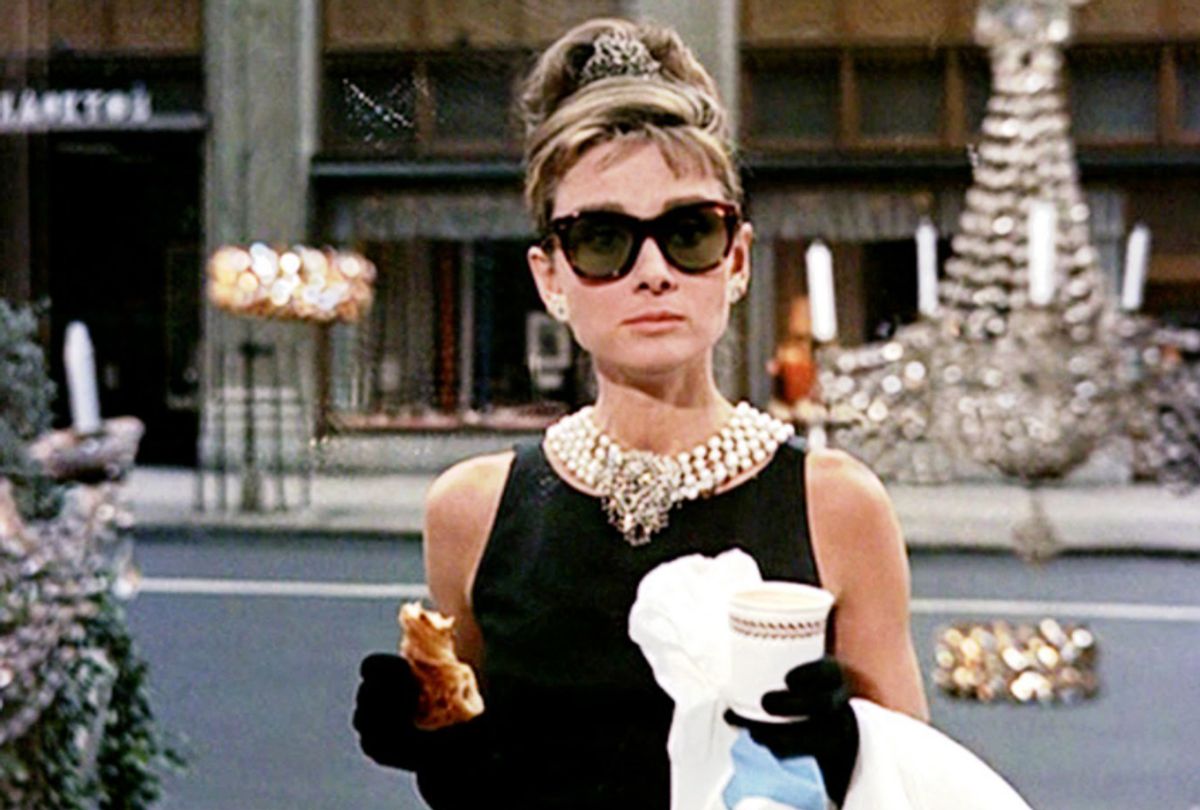 For one, truly excellent works of towering beauty and importance not only led the box office but earned best picture honors at the Academy Awards. Back then, the true special effects weren't King Kong on the Empire State Building or the chariot races of "Ben Hur." No, the pyrotechnics that brought audiences to theaters were indelible stories, clear and stunning visuals in Technicolor and closeups (remember those?) of beloved, talented actors bringing their characters to life.

Oh, and you could dress up a white guy as a Japanese person and audiences would just kinda roll with it.

Yes, things were perhaps more opalescent in days of yore, but they were also way more problematic when it came to race. White people pantomimed as Asians, Native Americans, Hispanics and even African-Americans, and the majority didn't raise a fuss. Narratives sidelined or stereotyped minorities constantly and consistently without redress.

Now, one may say, "it was a different time" — but was it really? Was Mickey Rooney playing an Asian man in "Breakfast at Tiffany's" generally acceptable, or was it that those he lampooned didn't have the standing to make their objections heard? Were the many racist transgressions of "Gone With the Wind" not problems at the time, or was it that the white majority that completely controlled media and politics were unaware of them or unwilling to see them? These things are what they are.

What is, in a sense, worst of all, is that many of the most troubling films of the past are also some of the best. Unlike, say, Al Jolson's "The Jazz Singer" or Neil Diamond's "The Jazz Singer," some racist films are also enduring works of art that you absolutely, positively should watch if you love or want to be educated about cinema. It's not so easy to discard or relegate them "archival interest only," as much as we all might be better off if it was.

So, yes, your parents love some very racist films — but that's not because you were raised by dyed-in-the-wool racists (unless you were). You were just raised by people who were exposed to the best movies of all time. Should you want to see them too, it's best to go in well aware and with open eyes.

"Breakfast at Tiffany's," 1961
Blake Edwards' masterpiece of style is a wonderful bonbon of a film lit by humor and a career-defining, now-iconic performance by Audrey Hepburn. It's satirical and biting while still being openly, lovably cuddly — a Valentine to New York. And yet, there's Mickey Rooney playing a cantankerous, irascible Japanese immigrant, complete with squinty eyes, fake buck teeth and horrid accent. Despite this, the love for the film and its stylish vision seems to grow with time.

"Gone With the Wind," 1939
What the glorious oil-painting producer David O. Selznick willed onto the screen is not only still the highest-grossing film at the domestic box office of all time (adjusted for inflation it made $1.85 billion in the U.S.), it's perhaps the most racist blockbuster outside of "The Birth of a Nation."

Here, the antebellum South is a place of beauty, plenty and peace, not human bondage and suffering. Slaves are less real people in captivity, than happy children in adult, black bodies. It's a cruel irony that Hattie McDaniel — the first black performer to ever win an Oscar — was awarded it for a role that used, broadcast and reinforced the trope of the saucy but compliant black woman servant — the "Mammy."

And, yet, there is no arguing that "Gone With the Wind" is a titanic cinematic accomplishment, no denying this work that falsely casts the Confederacy and the slave-owning South as both victims and heroes didn't change film forever, and for the better, in purely artistic and commercial senses. It is a part of its own history Hollywood has still yet to come fully to terms with.

"Auntie Mame," 1958
Much like "Breakfast at Tiffany's" — though years before it — Morton DaCosta's Auntie Mame is a triumph of style, class and humor. Also much like "Breakfast at Tiffany's," it features a lunatic Asian character that hews to every bad stereotype available, Ito. That Ito was played by an actual Japanese American — Yukio Shimoda, who was detained in a U.S. government concentration camp for the duration of World War II despite attempting to enlist in the military — doesn't make it all that much better. What's perhaps saddest of all is that DaCosta's film is deeply aware and critical of the silent anti-Semitism that infected America after the Second World War, taking a stand against it through the coded language required at the time. It just didn't sustain that care all the way through.

"West Side Story," 1961
In attempting to humanize the tide of Puerto Ricans coming to New York, Robert Wise and Jerome Robbins' marvel failed them. In what is perhaps the best musical film of all time, almost half of the major characters are Latino or Latina, but only one actor of the actors portraying them, Rita Moreno, was herself anything other than white.

It's worth noting here that Moreno won an Academy Award for her supporting role, but so did her co-star George Chakiris, while performing in brownface, one of six white actors to win Oscars for playing people of color. Overall, "West Side Story" won 11 Oscars including best picture, which puts it in good company with the films on this list. Altogether, all the movies mentioned in this article won 28 Academy Awards.

Steven Spielberg is currently developing a remake of "West Side Story" which promises to avoid all whitewashing. That's welcome, but it's doubtful it could ever match the glory of the compromised original.

"You Only Live Twice," 1967
As you might suspect from the previous entries, there's a lot of yellowface — that is, whites dressing up as Asians — in Hollywood history. Shirley MacLaine leaned towards it in "My Geisha," while Marlon Brando and Katherine Hepburn both went in whole hog for "The Teahouse of the August Moon" and "Dragon Seed," respectively. Rex Harrison played King Mongkut of Siam as did Yul Brynner later (though Brynner had a least somewhat of an Asian background). John Wayne played Genghis goddamned Khan.

Perhaps the oddest example, though, comes from your dad's favorite Bond, Sean Connery. In 1967's "You Only Live Twice," the British super spy with an Edinburgh accent fakes his death and goes undercover as a Japanese person by — wait for it — getting a haircut, shaving his chest and messing with his eyebrows. No, there's no squinty eyes and fake teeth here, but the idea that anyone, fictional or no, would misidentify the Scotsman as Asian thanks to a few grooming tricks is almost impossibly bonkers (oh, and racist).

"The Good, The Bad and The Ugly," 1966
Sergio Leone's dirty, sweaty Western epic didn't just revitalize the genre and offer a stunning, engrossing 177 minutes, it made a star out of Clint Eastwood via his iconic, taciturn character, The Man With No Name. Too bad the "Ugly" of the title was represented by Tuco Benedicto Pacífico Juan María Ramírez, a rather stereotypical Mexican bandit played by the Jewish native of Red Hook, Brooklyn, Eli Wallach.

Wallach would wind up playing many non-white roles in films such as "The Magnificent Seven," the aforementioned "Genghis Khan" with John Wayne, "Lord Jim" and others. Such was Hollywood at the time — and sometimes today — that anyone who looked "ethnic" could slide into any character of color. Hell, Peter Sellers slapped on a face full of brown foundation and romped around as an Hrundi V. Bakshi for "The Party," and audiences ate it up.

"The Searchers," 1956
While John Ford's beautiful Western has been praised in the past for a multidimensional look at Native Americans, through modern eyes it's just as racist as his more openly hostile earlier John Wayne shoot-em-up "Stagecoach." Again, First Nations peoples are the bad guys. Again, they're out to rape and kill. Again, they're sometimes played by white actors.

What's odder here is that a white captive "becomes" Comanche and that the hero, played by Wayne, wants to kill her for being coerced into marrying a Native American. He doesn't succeed, but it's just too toxic and weird to be ignored. Yes, Ford was trying to tell us something about the white attitudes that led to genocide and the Native American concerns that led to violence against settlers. But it's all too muddled here, too wrapped in misconceptions and entrenched ideas. Shame, as this, just like every single one of the movies mentioned above, is one of the greatest movies of all time.