UPDATED: Amtrak Train 91 collided with a freight train after it "was on the wrong track" 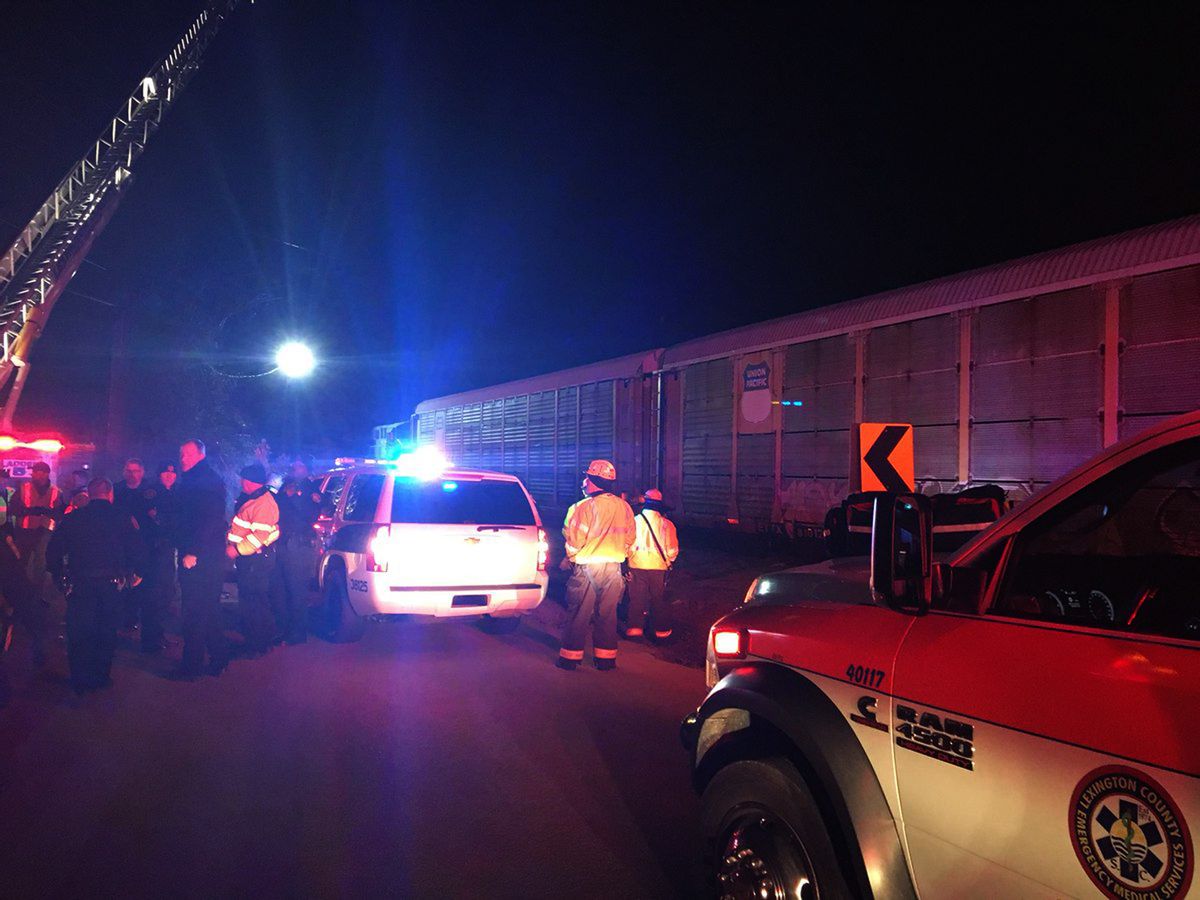 Emergency responders work at the scene of a crash between an Amtrak passenger train and a CSX freight train Sunday, Feb. 4, 2018 in Cayce, S.C. The crash left multiple people dead and dozens of people injured. (Lexington County Sheriff's Department via AP) (AP)
--

UPDATED: Over 100 injuries have been reported and early indications showed that the cause of the crash was because the Amtrak train "was on the wrong track," South Carolina Gov. Henry McMaster said on Sunday afternoon.

Early on Sunday morning an Amtrak passenger train traveling from New York to Miami collided with a freight train in South Carolina, killing the train's engineer and its conductor. The crash left at least 100 passengers injured and as a result, caused the spill of thousands of gallons of fuel.

Amtrak Train 91 carried 139 passengers, along with 8 crew members and it collided with a CSX train in Cayce, S.C., at roughly 2:35 a.m., The New York Times reported. The cause of the collision is still not immediately clear.

During a press conference on Sunday, Harrison Cahill, the Lexington County spokesman, said about 70 people had suffered injuries that ranged from small scratches and bumps to broken bones, however, it's still not yet clear if any were life-threatening, the Times reported.

In a statement Amtrak said, "The lead engine derailed, as well as some passenger cars."

An estimated 5,000 gallons of fuel spilled because of the collision and a hazard team was brought onto the site, but the spokesman said the spill apparently posed "no threat to the public at this time."

"We were able to secure two leaks of fuel from the trains," Cahill said.

Passengers were held in a local Red Cross reception site and were provided food, and alternative methods of transportation while luggage and other belongings were sorted out to their rightful owners.

The crash marks just the second incident in a single week for Amtrak. Last Wednesday an Amtrak passenger train that carried GOP lawmakers crashed into a garbage truck, and left one dead. Amtrak has had several other incidents, including a horrifying crash that hurled the train onto an overpass in December in Dupont, Washington, that killed three people. President Donald Trump used the incident to call for an overhaul to the nation's infrastructure, and while the country is undoubtedly in need of a major revamp, the president's plan to reduce the federal government's role, and usher in private funds has left plenty of lawmakers uneasy.