Reince Priebus: I was never concerned Trump would fire Mueller 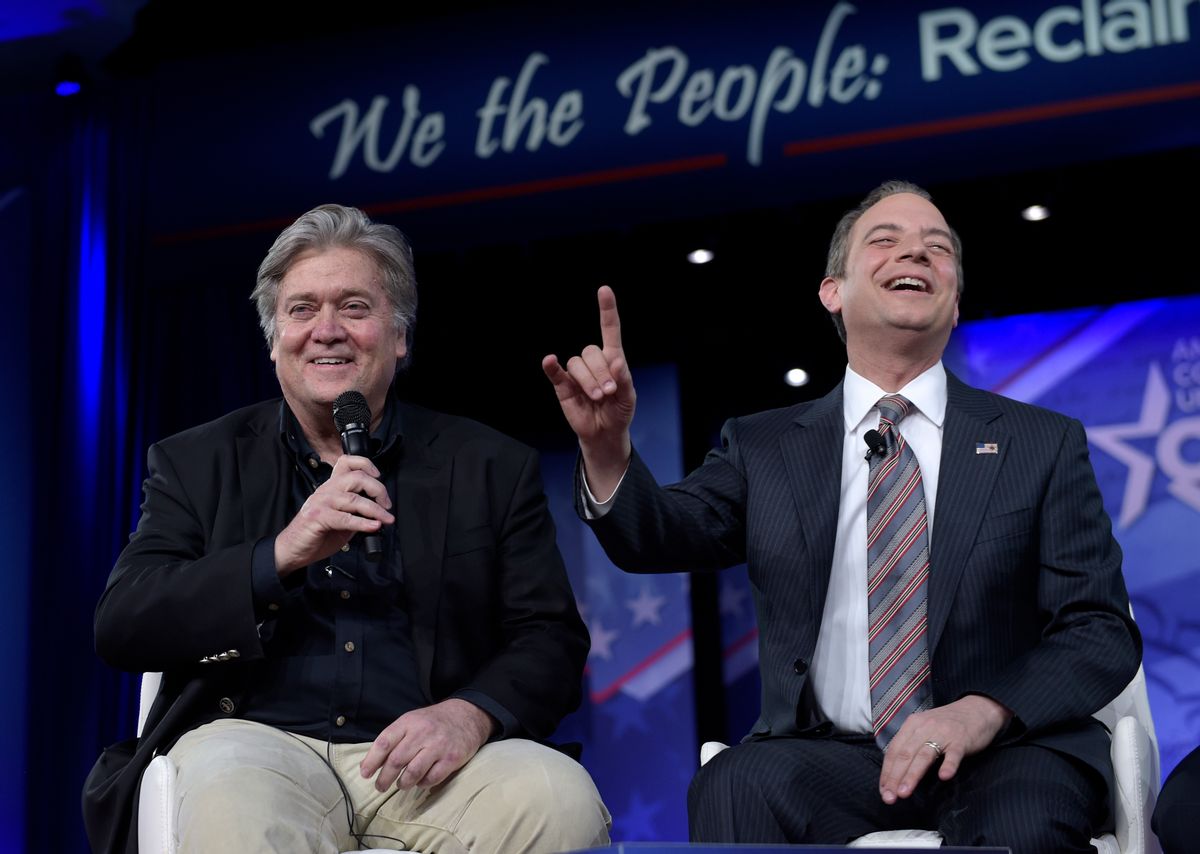 Former White House chief of staff Reince Priebus denied reports that he was concerned last summer about President Donald Trump firing special counsel Robert Mueller, and said he doesn't believe the president has any intention to fire the head of the ongoing Russia probe.

"Of all the things that we went through in the West Wing, I never felt that the president was going to fire the special counsel," Priebus told Chuck Todd on NBC's "Meet the Press" on Sunday. "I would know the difference between a level-ten situation as reported in that story and what was reality, and to me that wasn’t reality."

In late-January it was reported by The New York Times that Trump made efforts to fire Mueller, but was only stopped when White House counsel Donald McGahn threatened to resign. The story was then followed up by a report in the Washington Post, which said, "Trump’s ire at Mueller rose to such a level that then-White House strategist Stephen K. Bannon and then-Chief of Staff Reince Priebus grew 'incredibly concerned' that he was going to fire Mueller.

Priebus, in his first interview since leaving the White House, denied that Trump ever wanted to fire Mueller.

"I think it was very clear by the president's own words that he was concerned about the conflicts of interest that he felt that the special counsel had. And he made that very clear," Priebus said. "Perhaps someone interpreted that to mean something else. But I know the difference between fire that person, why isn't that person gone, to what I read in that New York Times' piece. So when I read that I'm just telling you I didn't feel that when I was there."

When asked if McGahn ever expressed his concerns to Trump, Priebus gave a non-answer, and said, "not in particular."

"I'm disputing it from my point of view," Priebus added, "because I never heard that."

When asked if he thought Trump was preparing to fire Mueller now, Priebus confidently replied, "No. Not at all."

Priebus also denied any potential obstruction of justice by Trump, which has also been widely reported to be an aspect of Mueller's investigation, due to the president's abrupt firing of former FBI Director James Comey last May.

And I can just tell you I've never felt that there was some sort of collusion or some kind of obstruction situation going on in the West Wing. I never felt that," Priebus explained. "And if there was ever anything at all that caused me any concern I would go to the White House Counsel's office, we would talk about it and it would get resolved.

At the end of the interview, Priebus also made a ridiculous remark and said Trump did well with ethnic minorities in the country, specifically, black and Hispanic voters.

"I actually think he [Trump] is doing better. I think he did better with black voters and Hispanic voters in the election," Priebus said.

Of course, the claim is dubious at best. In the 2016 election, while Trump did better with blacks and Hispanics than Mitt Romney did in 2012, overall turnout for black voters fell in the 2016 election, and support amongst black Americans has been low.