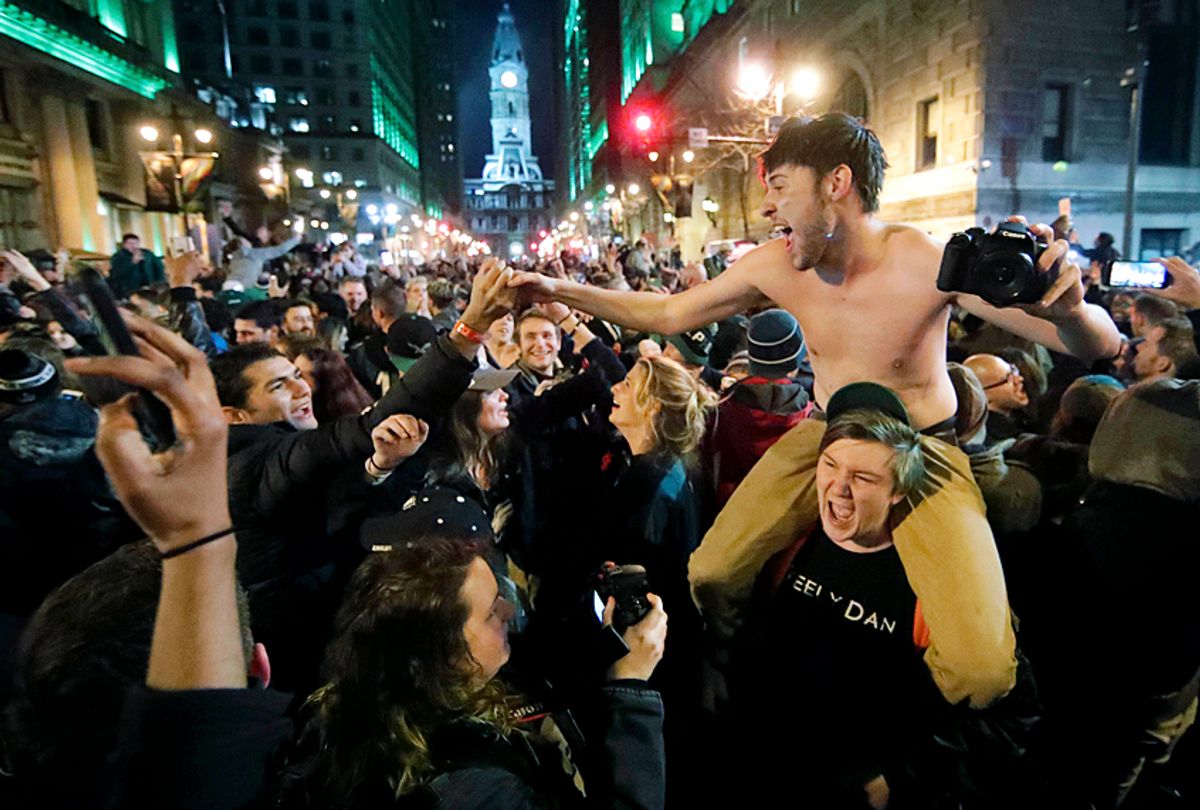 The underdogs of Super Bowl LII, the Philadelphia Eagles, were victorious Sunday night in Minneapolis, beating the seemingly unstoppable Tom Brady and the New England Patriots in a wild 41-33 game. The win for Philly went beyond an incredible end to a great season; it was historic for the team and city. Super Bowl LII marked the Eagles' first NFL championship since 1960 and the team's first Super Bowl win in franchise history.

Somewhat unsurprisingly, the already wild and woolly Philadelphians took to the streets to celebrate — though in some areas the revelries turned into mayhem.

According to Stephanie Farr on Twitter, fans trashed a gas station at the intersection of Broad Street and Catherine Streets in South Philadelphia, claiming "everything is free" in the store. In a follow-up tweet, Farr said the cops had arrived.

In other footage from last night, it shows Eagles fans flipping a Toyota Prius on its side.

Eventually, police officers surrounded the car in a barricade, with the vehicle still on its side.

In the most shocking footage from the celebration, fans appeared to crowd onto an awning, which collapsed beneath their feet as everyone plummeted to the ground.

A fire blazed in another video that appeared on Twitter.

While at least one person ascended a street light pole, rocking it back and forth, others uprooted poles from the ground. Previously, local authorities had greased lampposts and other poles to prevent climbing.

And in a celebration that looked more painful than joyous, people kicked a fallen stoplight.

There are no solid reports on the number of injuries as of yet.

Still, the destruction was just one side of the celebrations taking place in Philadelphia last night. In another part of the city, revelers jammed to live music and danced together in jubilee.