Trayvon Martin would have been 23 today

Being black can still get you killed in America 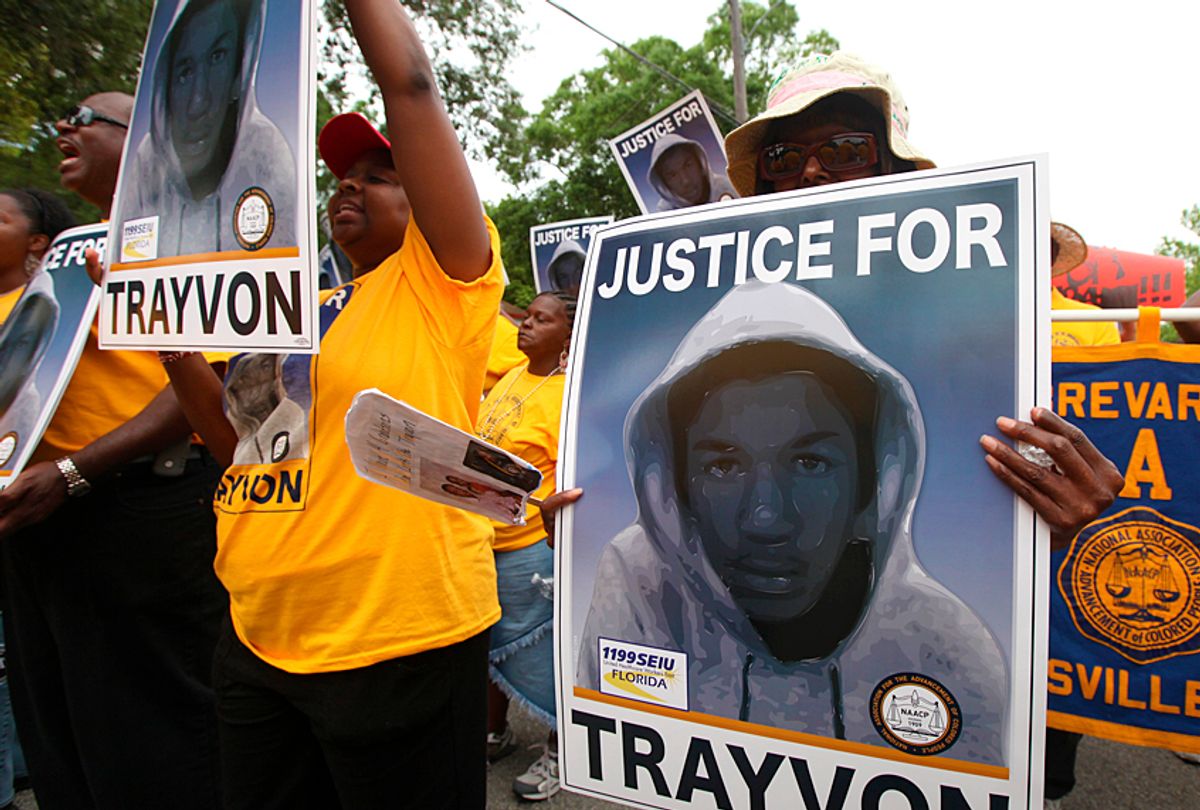 Imagine having a teenage son you love dearly. He has your eyes and he smiles just like you. Imagine wanting more for him than you want for yourself. Maybe you kissed him before he slid off to watch the NBA All-Star game. Imagine knowing all of his favorite teams — because he tells you about them over and over, the way that teenagers do — and seeing his eyes light up as he talks about his favorite players. Imagine him enjoying the game so much that you can hear him screaming about it from two rooms over; imagine his face, probably glued to the tube, only pulling it away to slam-dunk pillow cushions through an invisible rim. He’s worked up an appetite, so he decides to go grab a bag of Skittles and some ice tea — his favorite snack.

Imagine waiting for him to come home, and that never happens.

You later find out that he walking back from the store and was profiled by an armed neighborhood watchman, a wannabe cop who called the real police because he saw a person with black skin. The real cops told this wannabe to stop following the innocent child, but he ignored their orders, kept following him, and started a scuffle with your child. Your child is tough, so he got the best of the wannabe, and the wannabe did what all cowards do­ — he drew a gun and shot your child. It took days of global protests and media scrutiny to get the system, which apparently doesn’t value people like your son, to charge this clown with murder. The clown, the wannabe, won his case. (This doesn't surprise you, because in our justice system, when innocent people like your son or Freddie Gray or Michael Brown are killed, we hear negative things about their past; when affluent criminals like Brock Turner are on trial for rape and sexual assault, we hear about his promising future.)

After the wannabe won his case, he basked in the fame he gained from killing your innocent son. He took victory lap after victory lap. He went on television, received expensive hotel stays and comps from networks like CNN and even signed autographs at a Florida gun show. The pissed-stained pariahs of America declared this clown, this wannabe, a hero whose autograph was worth having. And it’s so sickening that he still has no shame and would probably be excited to do it again; just two months ago he threatened Jay-Z over a documentary the hip hop mogul is producing about Trayvon Martin’s life.

Trayvon Martin should have been 23 years old today.

We honor his life as his death sparked a movement that held an ugly mirror up to America, reveling her racist past and present while challenging her to do something about it. We've come a long way from the days of slavery and Jim Crow, but the death of Martin reminds us all that we still have a long way to go.

Here are some moving tributes to Travyon's memory posted on Twitter today: