Ivanka won't help us: It's time for real paid family leave in America

Nearly every country in the world has a paid family leave law. It's time for the U.S. to join the 21st century 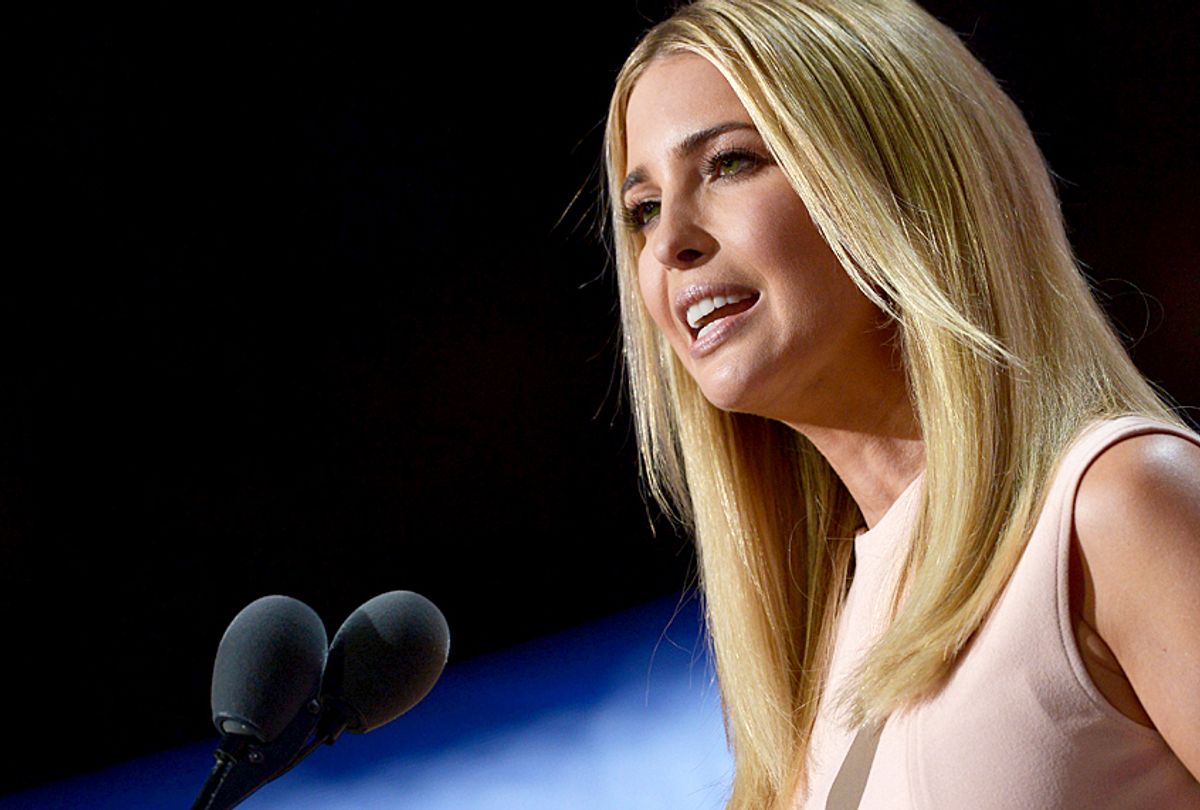 This week marked the 25th anniversary of the Family and Medical Leave Act (FMLA), which requires employers to offer 12 weeks unpaid leave to certain employees who have family emergencies or on the birth or adoption of a new child. Over the past two and a half decades, it's become clear that provision is totally insufficient for people's real needs. Indeed, it's an issue that First Daughter Ivanka Trump has appeared to endorse, at least at times.

Activists and Democratic policymakers are using this anniversary to highlight the need to pass the Family and Medical Insurance Leave Act (FAMILY Act), which would create a social insurance fund, paid into by both employees and employers, that would allow workers to have paid leave at such time. The proposed law would also expand the number of eligible workers.

"At some point in our working lives, nearly all of us will need time off to deal with a serious illness or care for a newborn child," said Rep. Rosa DeLauro, D-Conn., in a press release urging Congress to pass this bill, which she has been sponsoring in various version since at least 2013. "Losing weeks’ worth of wages in order to care for an ill loved one is not an option — it would push many families over the financial edge, some past the point of no return."

“It was great 25 years ago that we won family medical leave, because at least it established the principle that having a family shouldn’t cost you your job," Ellen Bravo, who has worked on the issue for decades and now leads the organization Family Values @ Work, told Salon. "But even of those who are eligible for FMLA, there are millions each year who can’t take the time mainly because they can’t afford to, and many more who go back [to work] too soon.”

Photographer Grant Dotson testified at a roundtable hosted by Democratic leaders in Washington on Tuesday.  He explained that, as small-business owners, he and his wife have struggled to balance their need for a steady income with their need to attend to family duties, such as taking care of newborn children. Things got worse, Dotson said, when his mother was diagnosed with cancer.

“I’ve had to take a lot of time away from work -- and cancer’s something you can’t plan on," he told Salon. “This last-minute job came up from one of my repeat clients and I had to tell them, 'You have to hire somebody else,'" Dotson said, explaining that he had to travel to visit his mother instead. "So that trip to Houston that lasted two days cost almost a month’s pay.”

In the years since FMLA passed, the idea of paid family leave has become widely popular across the political spectrum. Recent data suggests that 83 percent of Democrats and 71 percent of Republicans support such a national policy. This pressure has caused conservative think tanks and Republican politicians to flirt with proposing some kind of paid leave bill, if only to circumvent more generous offerings from Democrats. Sen. Marco Rubio, R-Fla., partnering with Ivanka Trump, has put forward an idea concocted by the anti-feminist Independent Women's Forum and the American Enterprise Institute, a libertarian think tank. That proposal would create a program allowing workers to draw funds from their Social Security accounts to pay for family medical leave.

It’s not surprising to see more lawmakers and other political figures pushing for family leave policies, said Kristin Rowe-Finkbeiner, the executive director of MomsRising. “But the proposal to take future Social Security benefits away to cover parental leave is a wolf in sheep’s clothing."

“It’s too little money to cover too few at too high a cost," agreed Bravo. "This is a borrow-against-your-future idea and it’s not a workable solution.”

Rowe-Finkbeiner argued that the Trump-Rubio solution would disproportionately harm women, who are more likely to take leave in the first place and also, because of pay inequality, tend to have less money for retirement. So they can less readily afford to redirect money away from their retirement savings.

In contrast to the Trump-Rubio plan, the FAMILY Act would create another form of social insurance funded similarly to Social Security, by a combination of taxes on employers and employees. The Center for American Progress estimates the average worker would pay $2 a week for the peace of mind of knowing they could take paid leave for a family emergency or a new baby.

The National Partnership for Women & Families compiled research looking at five states and the District of Columbia that have already instituted paid leave policies. They found not only that the policies are popular with workers but that they led to improved business outcomes. Employers saw better employee retention, which ended up saving them money and increasing productivity. There was a benefit to taxpayers, too, in that families with access to paid family leave were less likely to go on public benefits programs like food stamps. The programs led to better health outcomes for small children, as well, an investment that will likely pay off in numerous ways over the long term.

Bravo emphasized the universal nature of the program, noting that the FAMILY Act "recognizes the variety of care that people need and also the diversity of families," instead of more limited maternity leave programs.

"Even people who aren’t parents have parents or partners or their own health that may, from time to time, need care. So we all have a stake in this," she added.

It's unlikely that Republicans in Congress will pass any program, no matter how sensible or popular, that empowers workers and increases public investment in the social safety net. But the public pressure for some kind of family leave is clearly increasing, so much so that even Donald Trump has made what are no doubt empty promises to sign some kind of paid leave bill. Out of the 193 member states of the United Nations, only the United States, New Guinea, Suriname and a few Pacific Island nations fail to have any paid parental leave law.

Years ago, Bravo said, she had a politician scold her after she and other activists passed an unpaid bill act, saying that he knew it was just "a toe in the door" and that they'd soon be back demanding more. She told him that was exactly the plan.

"I said, we will continue to organize until nobody is in jeopardy because they’re being good parents to their child or a good child to their parents or because they’re taking care of themselves," she recounted. "We will keep going until that day.”