Think that Trump blaming immigrants is a bad take? You haven't seen anything yet 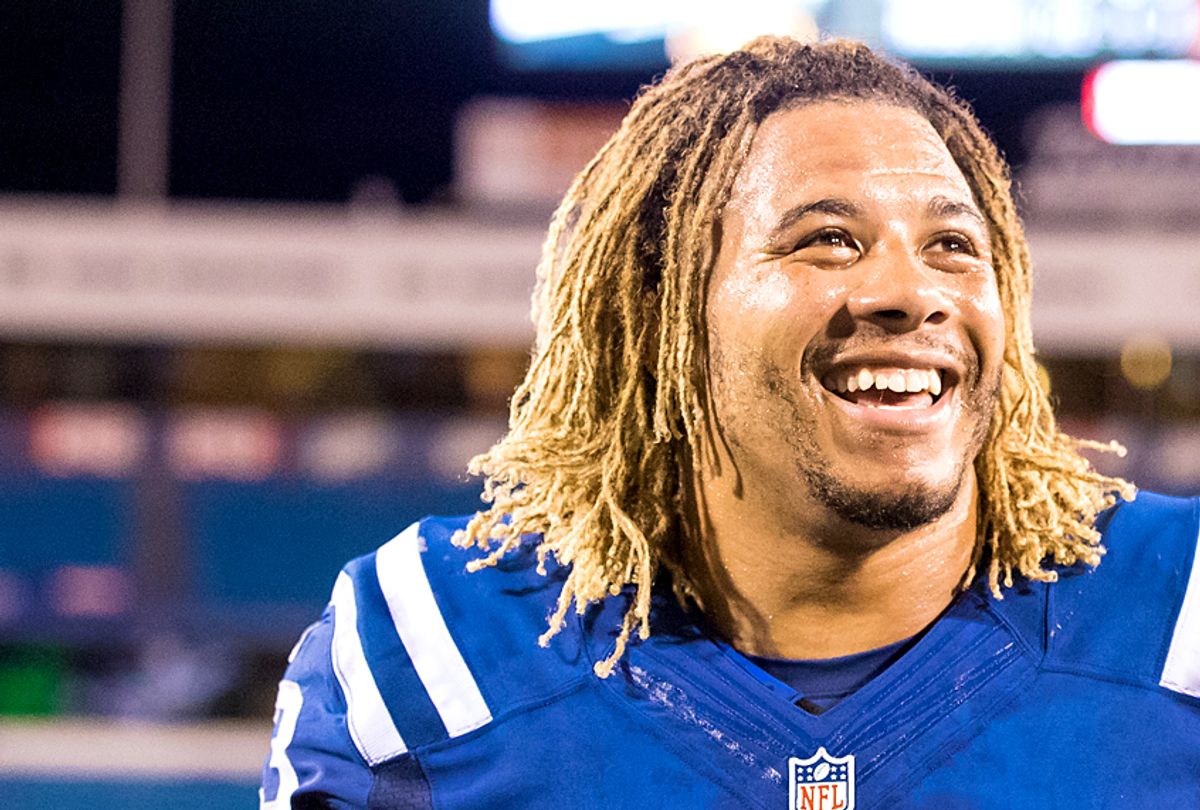 On Tuesday, President Donald Trump took a tragic news story and addressed it, simply because it fit his anti-immigrant narrative. On Wednesday, NRA TV — yes, the National Rifle Association — took it further, trying to blame NFL players who kneel for the national anthem for the death of Colts linebacker Edwin Jackson.

But, this being NRA TV, which calls itself Donald Trump's strongest ally, everything comes back to defending the president. So, Stinchfield dove headfirst into the culture war between Trump and the NFL, slamming the league, and even Jackson's grieving teammates, for protesting against the president's wishes.

For all the Colts players who took a knee, and all the players in the NFL who did, do you now realize why we need to get tough on illegal immigration? Our nation’s failed policies are getting people killed. Your buddy, your teammate, is dead. I couldn’t find any evidence of Edwin Jackson kneeling during the national anthem, I did find this picture when [former Colts cornerback] Antonio Cromartie took a knee. There you see Jackson, number 53, in the background, standing for the National Anthem. He is standing, unaware that months later the policies his anti-freedom, anti-rule of law kneeling teammates so brashly support got him killed.

Who else will be blamed over the coming days?