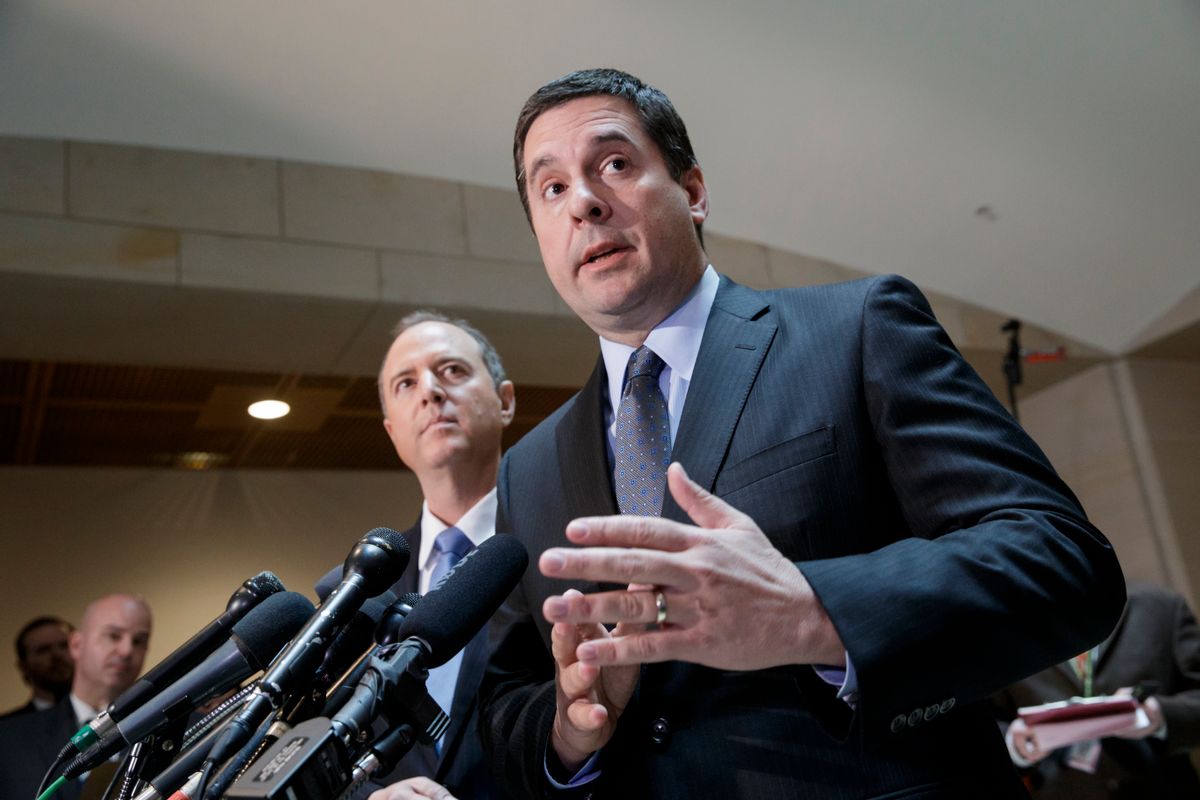 Democratic members of the House Intelligence Committee are sounding the alarm on reports that beleaguered Republican Chairman Devin Nunes plans to put up a physical partition separating GOP committee staffers from their Democratic colleagues on Capitol Hill.

CBS News reported on Tuesday that the California Republican, a member of Trump’s transition team, may build a wall before the president (and may make the Democrats pay for it). The wall is expected to be built in the committee’s secure spaces this spring.

The toxic atmosphere within the committee has long been apparent. Nunes and the committee’s top Democrat, Rep. Adam Schiff, who also represents a district in California, have been publicly exchanging jabs over the release of dueling memos about the F.B.I. and Justice Department decision to surveil former Trump campaign adviser Carter Page. The committee voted to release the Democrats’ memo early this week, after Republicans stalled, but the White House is still mulling whether to declassify it or not. Several Democrats in Congress have called for Nunes' removal, over the memo controversy.

On Thursday, Schiff responded swiftly to the notion of a wall:

We have heard reports that the Chairman may seek to erect a 'wall' to divide the staff of the intelligence committee on a partisan basis — this would be a terrible mistake. While we have more than our share of difficulties, the important oversight work of the committee continues with our staff working together irrespective of party. This would be a very destructive decision.

For their part, other Republicans on the committee have denied any knowledge of the plan.

"I’m not part of that decision," Rep. Mike Conaway, R-Texas, told CBS. "You’ve got to talk to Devin."

"I swear to God I didn’t know that," Rep. Tom Rooney, R-Fla., said. "The level of trust and the level of everything down there is — it’s poison. It’s absolute poison down there," Rooney added, referring to an ongoing ethics investigation into the "entire Republican staff."

The committee has not interviewed a witness for its probe into Russian interference in the 2016 election since Jan. 18, when former Trump campaign manager Corey Lewandowski cut his interview short. Former White House chief strategist Steve Bannon was granted another reprieve for an interview at the last-minute this week, despite a subpoena issued earlier this year.