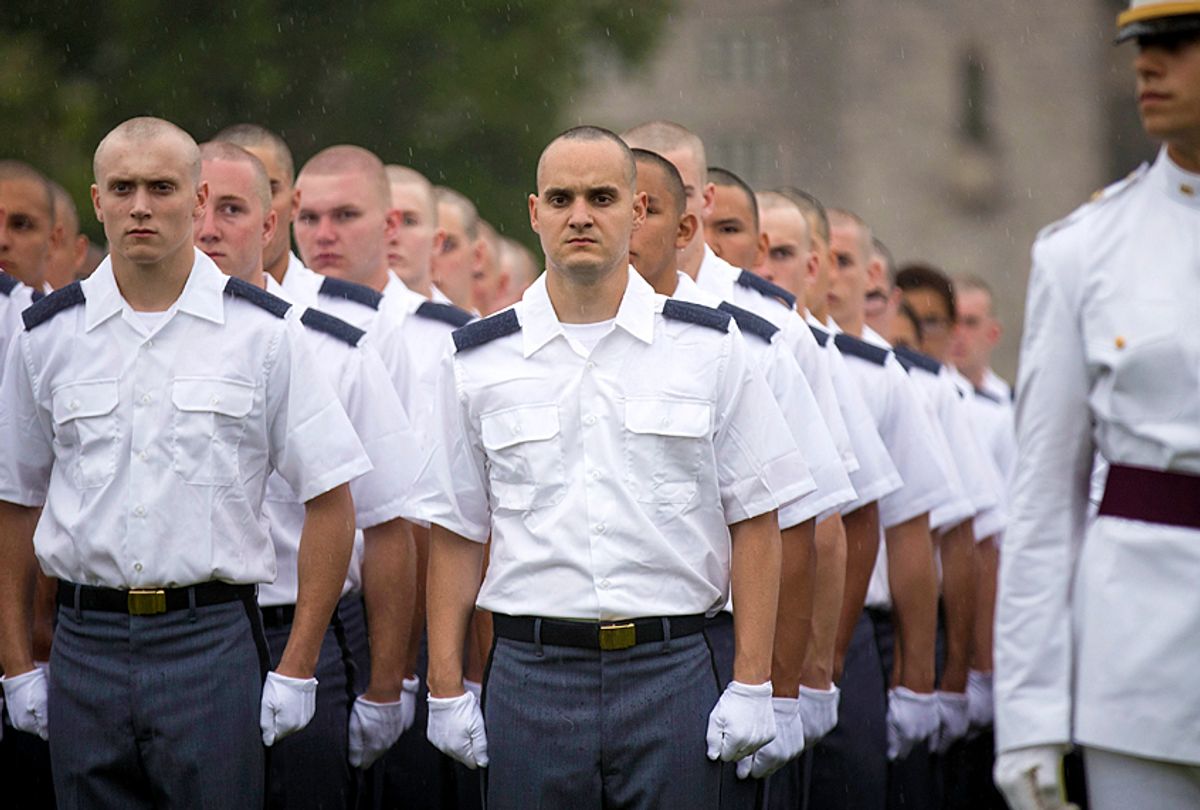 Reports of sexual assault at United States Military service academies are on the rise, according to new data released Wednesday by the Department of Defense.

The Department of Defense Annual Report on Sexual Harassment and Violence at the nation's military schools, including the Military Academy at West Point, the Naval Academy and the Air Force Academy, noted an increase in sexual assault reports at all three institutions as compared to the rate measured two years earlier. The three academies received a total of 112 reports of sexual assault, up from 86 reports recorded the previous year.

The U.S. Military Academy in West Point, New York saw the greatest spike in numbers, which went from 26 reports in 2015-2016 to 50 the following academic year. The number of reports at the Naval Academy and the Air Force Academy, in contrast, increased by one each.

West Point Superintendent Lt. Gen. Robert L. Caslen Jr. claims the rising numbers are a sign that steps taken by West Point to encourage reporting are working. "The modifications that have been made are impactful and the numbers show it," Caslen said in a statement. "We are absolutely committed to eliminating sexual harassment and sexual assault throughout our ranks. Therefore, I am encouraged by the increase in reporting as we believe it to be a true indicator in the trust and confidence our Corps of Cadets has in the system and the process overall."

Despite Caslen's claim of "trust and confidence" in the West Point's handling of sexual misconduct, the latest DOD report said, "rates of reporting sexual assault, perceived negative outcomes associated with reporting, and other measures showed only modest, if any, improvement."

Following the Department of Defense's 2015-2016 report on sexual assault and violence at U.S. military academies, West Point took measures to combat improper sexual behavior. Some of the changes include allowing disclosures by third-parties and internal reorganization of the academy's Sexual Harassment/Assault Response and Prevention (SHARP) center. West Point has also hired an outside consultant to review the prevention program.

"Even though a single sexual assault is one too many," continued Caslen, "the academy has made tremendous strides in encouraging reporting, and the latest DOD report is evidence victims have greater confidence that their claims will be investigated and acted upon."

Along with the academy's claims of improved efforts here, it can certainly be guessed that the national reckoning over sexual harassment and assault, typified by the #MeToo movement, may have played a factor in increased reporting as well. Indeed, given the tenor of the times, it's not particularly surprising.

Although the recent reports of sexual misconduct in Hollywood, the media and American politics have dominated the news cycle, the problem reaches far beyond those industries. A chart published by the Center for American Progress in November highlights the pervasiveness of sexual abuse in nearly every corner of the workforce. Women, and particularly women of color, with lower-paying jobs and in industries where men tend to be outnumbered seem to be the most susceptible.

In the current environment, people across all industries seem to have become more likely to talk about and come forward with claims, factors important to consider when looking at the Department of Defense's report.