Trump wants to get mean with “drug pushers” in opioid crisis — but what about Big Pharma? 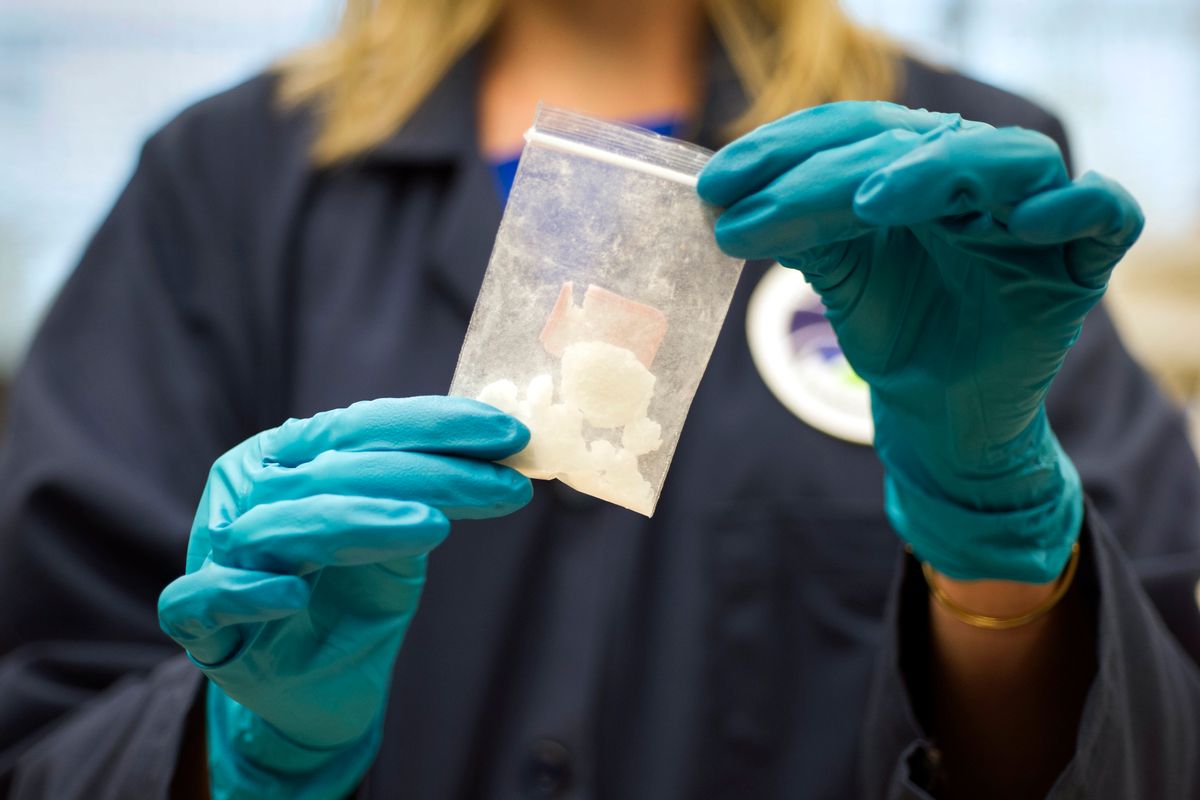 President Donald Trump has a new idea for how to combat America’s opioid crisis — one that requires us, unsurprisingly, to get “mean” and “tough.” Indeed, in a speech in Cincinnati, Ohio, on Feb. 5, Trump proposed harsher treatment of “drug pushers” and “drug dealers” as a means of fighting the opioid epidemic that killed more than 42,000 Americans in 2016.

Creating good jobs is also an important part of fighting the drug epidemic that has affected millions of Americans, bringing new hope to struggling communities.  And it’s gotten to a point where it’s never been worse.

People form blue ribbon committees, they do everything they can.  And, frankly, I have a different take on it.  My take is, you have to get really, really tough — really mean — with the drug pushers and the drug dealers.  We can do all the blue ribbon committees we want. We have to get a lot tougher than we are.  And we have to stop drugs from pouring across our border.

Trump using the opioid crisis as a way to gain support for the border wall is nothing new, but it’s a slap in the face to the victims and their families who have been hurt by the epidemic. The “drug pushers” and “drug dealers” are merely middlemen, small-time players, compared to the biggest dealers of all: pharmaceutical companies.

Yet Trump seems to believe the crisis is purely a result of Mexican drug dealers. Yes, heroin does travel across the border. According to additional CDC data, “increased availability, relatively low price (compared to prescription opioids), and high purity of heroin in the U.S. also have been identified as possible factors in the rising rate of heroin use.” According to data from the U.S. Drug Enforcement Administration, the amounts of heroin confiscated at the southwest border quadrupled from 2008 to 2013, but that's not what's driving 1,000 people a day to emergency rooms across the country for misusing opioid prescriptions.

Even though Trump declared the opioid crisis a "health emergency," his actions have spoken louder than words. Per Politico earlier this week, Kellyanne Conway is now in charge of dealing with opioids, and the White House is allegedly telling experts that they're not welcome on his committee to deal with the crisis.

Now, hope for combatting the crisis lies in state and civic policy —  as it looks like we can't count on the federal government for help.

Some cities like New York, and states like Missouri, are already taking matters into their own hands and suing the manufacturers and distributors of opioid prescription drugs. Big pharmaceutical companies involved in these various lawsuits include Purdue Pharma LP and Johnson & Johnson.

“More New Yorkers have died from opioid overdoses than car crashes and homicides combined in recent years. Big Pharma helped to fuel this epidemic by deceptively peddling these dangerous drugs and hooking millions of Americans in exchange for profit,” Mayor Bill de Blasio said. “It’s time for hold the companies accountable for what they’ve done to our City, and help save more lives.”

In regards to drug prices, Trump once said the "drug companies, frankly, are getting away with murder."

Indeed, President Trump, pharmaceutical giants are getting away with actual, non-metaphorical murder when it comes to peddling opioids.