UPDATE: Fox News said Friday that "John Moody’s column does not reflect the views or values" of the network 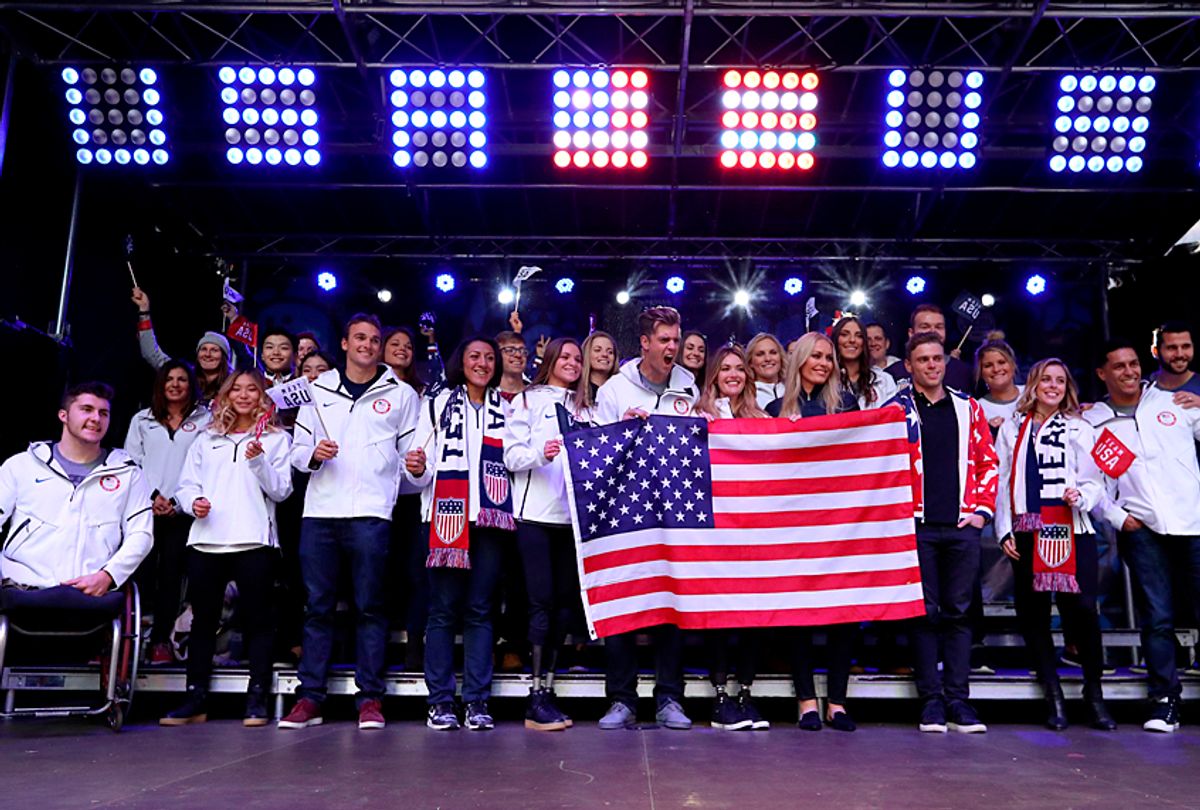 John Moody, an executive vice president and executive editor at Fox News, condemned the diversity of the U.S. Olympic team that will be marching in the opening ceremony of 2018 Winter Olympics in PyeongChang, South Korea in an op-ed published Wednesday on FoxNews.com that has since been removed by the right-leaning TV news operation.

In the now-deleted piece, Moody alleges that the U.S. Olympic Committee would like to replace its modus operandi of pursuing victory with pursuing inclusion even at the cost of medals. "Unless it’s changed overnight," Moody wrote, "the motto of the Olympics, since 1894, has been 'Faster, Higher, Stronger.'" He continued, "It appears the U.S. Olympic Committee would like to change that to 'Darker, Gayer, Different.' If your goal is to win medals, that won’t work."

Moody noted that a USOC official expressed pride in an interview with the Washington Post "about taking the most diverse U.S. squad ever to the Winter Olympics. That was followed by a, frankly, embarrassing laundry list of how many African-Americans, Asians and openly gay athletes are on this year’s U.S. team." He added, "No sport that we are aware of awards points – or medals – for skin color or sexual orientation."

Moody continued, asking if this year's athletes were "selected because they're the best at what they do, or because they're the best publicity for our current obsession with having one each from Column A, B and C?" After mentioning the achievements of Jackie Robinson, Jeremy Lin and the 1993 film "Cool Runnings," he said that, "Insisting that sports bow to political correctness by assigning teams quotas for race, religion or sexuality is like saying that professional basketball goals will be worth four points if achieved by a minority in that sport – white guys, for instance –  instead of the two or three points awarded to black players, who make up 81 percent of the NBA. Any plans to fix that disparity? Didn’t think so."

In his opinion, "Faster, Higher, Stronger" is a better slogan than, "We will win because we're different," precisely because, "complaining that every team isn't a rainbow of political correctness defeats the purpose of sports, which is a competition. At the Olympic level, not everyone is a winner."

After Moody's column provoked a massive online backlash, Fox News removed it from its website.

“John Moody’s column does not reflect the views or values of FOX News and has been removed,” a network spokeswoman said.

Currently, there are no quotas or any race-based selection at play in the formation of any of the U.S. Olympic teams, even if diversity seems to be a goal in many of their development programs and new bulwarks against discrimination have been added. Instead, it appears Moody's op-ed triggered by the quotes in the Post article alone.

The article begins, "The U.S. Olympic Committee says it’s taking its most diverse team ever to a Winter Games, an impressive and deserved boast that requires a caveat of sorts." It continues to describe the various programs the USOC has been using to make the team more representative of the nation. Repeatedly, diversity is called "No. 1, it’s a priority, and, No. 2," but it's clear that none of it comes at the cost of winning.

The 2018 U.S. winter team includes more African American and Asian American athletes than in previous years, as well as the first two publicly out male athletes to compete four the country in the winter teams. The inclusion of two openly gay male Olympians is particularly significant and, perhaps, a direct outcome of the 2014 Winter Games in Sochi, Russia, after which the Olympic Charter added sexual orientation to Principle 6, the Olympic Charter's nondiscrimination clause.

That said, Team USA totals 243 athletes, 10 black, 10 Asian and the rest "predominantly white" according to the Post. The largest team any nation has ever sent to the winter event, the U.S. squad  may be historically diverse, but it is also overwhelmingly white and straight.

Even the USOC admits that it has a long way to go to be completely representative of modern-day America. "We're not quite where we want to be," Jason Thompson, the USOC's director of diversity and inclusion, told the Washington Post, ". . .  I think full-on inclusion has always been a priority of Team USA. I think everybody's always felt it should represent every American."

"I think it’s great that I’ve gotten to where I’ve gotten," Jordan Greenway, America's first black hockey player at the Olympic level, told the Post. "It kind of feels like an inspiration, trying to get more African Americans like me trying to play hockey, not falling into stereotypes of playing football, basketball. . . . Obviously, there’s not a ton of African Americans playing hockey. It’s worked out great for me. I’ve had a great experience with it. I hope kids see that it’s good to play hockey, too."