The president released a statement to defend Hicks, displaying his loyalty to the communications director 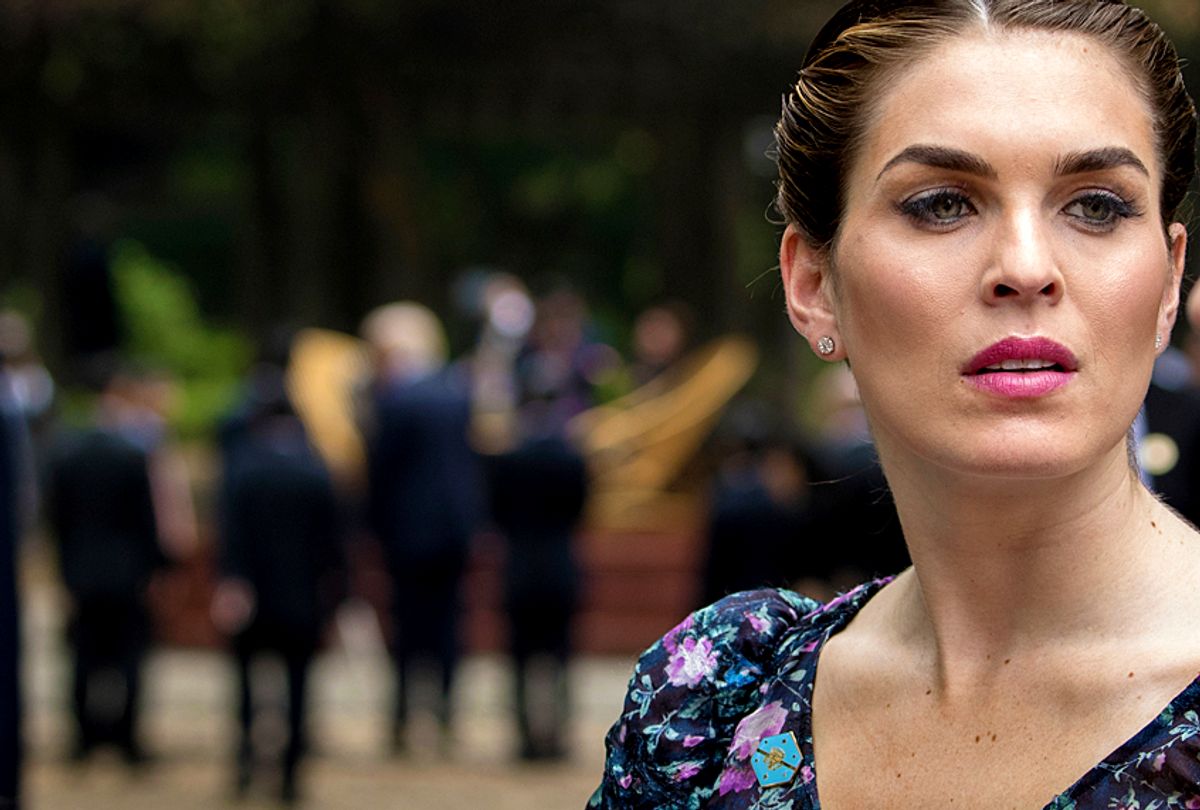 As reports swirl around speculating who Donald Trump is blaming for the Rob Porter fallout, there’s one person he presumably wants the public to know he’s not mad at: Hope Hicks.

A White House official told the New York Times that Hicks allegedly didn’t know about the allegations until Tuesday. She later reportedly met with officials to draft the statements to defend Porter. Trump in return allegedly questioned Hicks’s judgement.

As the New York Times explains:

Rumblings began about the president’s unhappiness with a haphazard situation handled without his knowledge, and Mr. Trump spent Thursday working the phones, referring to Mr. Porter in one call as “bad garbage” and saying that he questioned Ms. Hicks’s judgment, according to two advisers.

However, through a spokesperson, Trump released a statement to the New York Times on Friday defending Hicks.

“Hope is absolutely fantastic,” Trump said in the statement. “She was with the campaign from the beginning, and I could not ask for anything more. Hope is smart, very talented and respected by all.”

“I have been impressed with Hope since I started working with her on the campaign.” Mnuchin said in a statement “that was volunteered by an aide” to the New York Times. “She is exceptionally talented in leading communications for the administration. I view her as an invaluable asset to the president and us all.”

These statements follow news that White House Chief of Staff John Kelly could also be on the chopping block, and is allegedly willing to resign. Sources told the New York Times in a separate report that a resignation isn’t “imminent,” and that no "formal offer" has been made.

There has yet to be a statement to defend Kelly.