Around 50 protesters set up a makeshift camp inside the James R. Thompson Center on Wednesday, Jan. 31 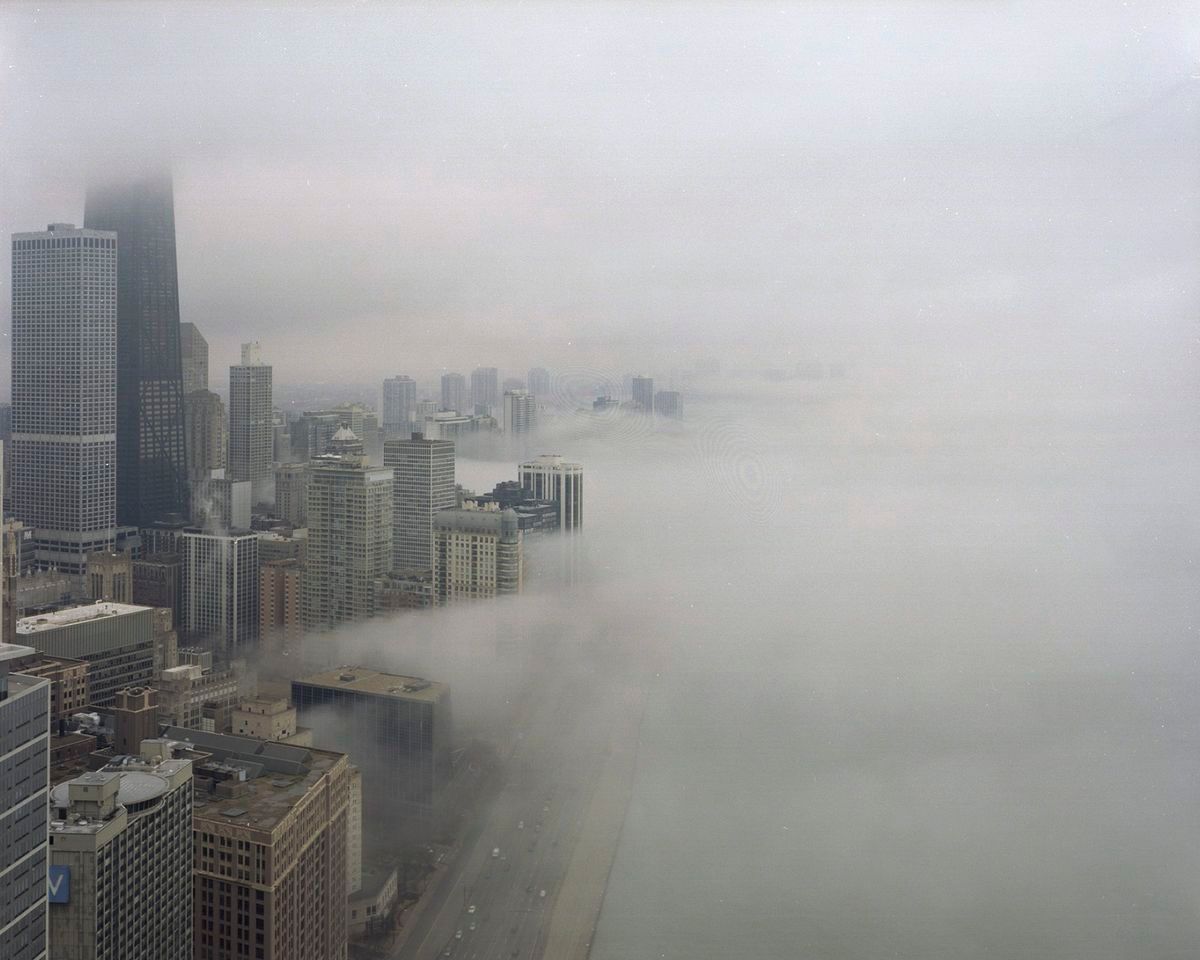 “Where are we going to go when we ain’t got nowhere to live?” asked Casimiro Peña, a housing organizer with Northside Action for Justice in Chicago. “It’s getting cold outside folks. Better lay down.”

With that, Peña and a group of approximately 50 other protesters with the Lift the Ban coalition — a pro-rent-control group — pulled out blankets, pillows and sleeping bags, setting up a makeshift camp inside the James R. Thompson Center, an Illinois government office, on the morning of Jan. 31. With hundreds of thousands of Chicagoans facing a housing affordability crisis, the group demanded that Republican Gov. Bruce Rauner and Illinois legislators hear their frustrations about the displacement that low-income communities face as rents climb ever higher.

“Folks are facing increases in rent every year, and it’s pricing people out,” Peña said. “These folks built the city to where it is today, this culturally rich city, and they’re being pushed out of the city they made.”

Chicagoans, like residents in most cities in the United States, have plenty of reason to raise hell over rising rents. According to the 2017 State of Rental Housing report produced by DePaul University, Cook County has a growing “affordability gap.” As of 2015, there were approximately 514,000 households seeking affordable housing, while only 326,000 affordable units were available. For low- and very low-income renters, that’s meant a high likelihood of being rent burdened: More than 85 percent of both groups pay at least 30 percent of their incomes towards rent.

With the percentage of renter-occupied households growing steadily, from 37.7 percent in 2007 to 44.2 percent in 2015, these trends are likely to worsen, leaving low-income communities more vulnerable to rent hikes and threats of eviction.

In the face of these increases, the Lift the Ban coalition has emerged in the last year as a growing force to contest Illinois’ rent control ban.

Rent control has been outlawed in Illinois since 1997. As the Chicago Reader’s Maya Dukmasova has written, the Illinois Rent Control Preemption Act, as the bill is known, is a direct copy of rent control legislation drafted by the American Legislative Exchange Council (ALEC), the right-wing group that’s been central to crafting model bills on issues ranging from voting rights to environmental regulation and immigration laws. Elements of ALEC’s rent control legislation have been implemented in a number of other states, including Michigan, South Dakota, Tennessee and Arkansas.

The Lift the Ban coalition includes 20 member organizations, including groups representing neighborhoods with severe affordability gaps such as Pilsen Alliance and Somos Logan Square. The coalition has hosted a number of events since formally launching the campaign last year, such as bringing in housing attorneys to describe how rent control would actually work. While rent control has been demonized in the media and contested by the real-estate lobby, coalition members feel that their communities understand its necessity.

“Everybody is struggling right now to pay their rent,” said Jawanza Malone, executive director for Kenwood Oakland Community Organization. “If you go to work every day, you should be able to afford your rent, but the reality is that those places are few and far between.”

Organizers still have a long road ahead before rent control could see the light of day in Illinois. After months of canvassing, the coalition managed to put the question of whether to lift the rent control ban on the ballot in 9 Chicago wards and nearly 100 precincts, encompassing neighborhoods across the city. While the non-binding referendum, to be voted on during the upcoming March primary, is largely symbolic, the campaign has already made itself felt in the Democratic gubernatorial primary: Candidates J.B. Pritzker and Daniel Biss have both endorsed lifting the rent control ban.

Last year, Democratic state representative Will Guzzardi introduced legislation that would lift the state’s rent control ban. The campaign has been working with Guzzardi on drafting further legislation to increase the pressure on Democratic leadership in the state, hoping that the March referendum in Chicago will make it clear that voters expect their representatives to act quickly. Still, any action to enact rent control is likely to face swift opposition from the state’s powerful real-estate lobby.

With rent control organizing on the rise nationwide, the Lift the Ban campaign is yet more proof that people are growing tired of housing displacement and unjust evictions.

Chicago In These Times Rent Price