In a charming video from 2003, 13-year-old Rippon shares dreams of one day making it to the highest stage 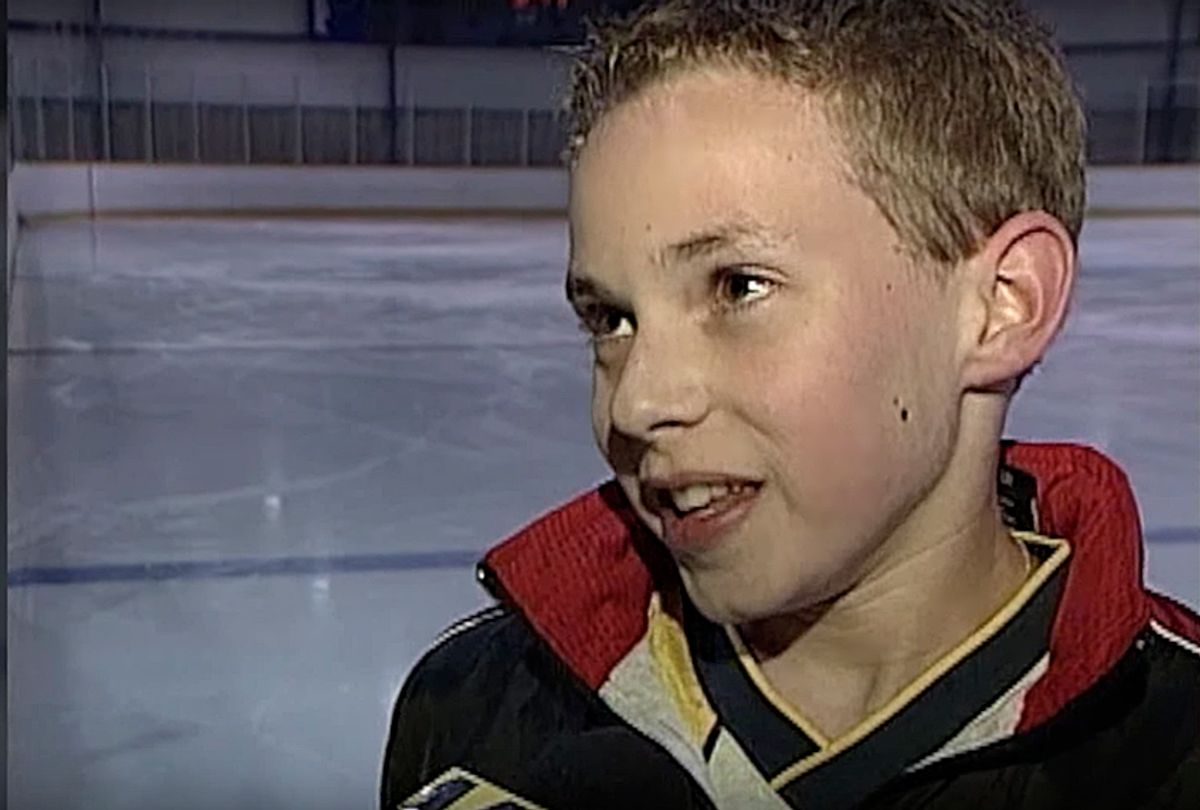 Adam Rippon, the first openly gay U.S. winter Olympian, has become something of a hero. Even before he won a bronze medal for Team USA Monday — though some said he was robbed of gold, since the top two finishers both fell during their routines — Rippon established that he would stand up for gay rights. After his performance, he tweeted a message to his detractors Tuesday:

Even before competing in Pyeongchang, South Korea, Rippon made headlines for denouncing Vice President Mike Pence's record of opposition to LGBT rights. Friday, the 28-year-old Olympian will compete in the men's single skating event. But what did teenage Rippon think about the Olympics?

In an unearthed 2003 interview with Pennsylvania TV station WNEP-TV, Rippon, then 13 and already having won international figure skating competitions, told reporter Jim Coles exactly where he aimed to be.

"When you see, like, all these things about other people who have won the Olympics and everything, you think that you’ve done a great thing," he said on the channel's Newswatch 16 program. "But you’re still so far away." Coles admired Rippon's humble response but added that "an Olympic dream is still far off in the distance."

Rippon spoke earnestly about a year of firsts: his first airplane and train rides, and his first time performing a triple axel in a skating competition. He also visited the Olympic museum in Lausanne, Switzerland. But with just over three years of skating experience under his belt, Rippon heartwarmingly demonstrated the tenacity, work ethic and vision that likely assured his ascent. "All the little things that your coach tells you, you always have to remember them," he said. "And you always have to try not to overdo it, just to do it. So as long as you remember everything your coach tells you, you’ll be okay."