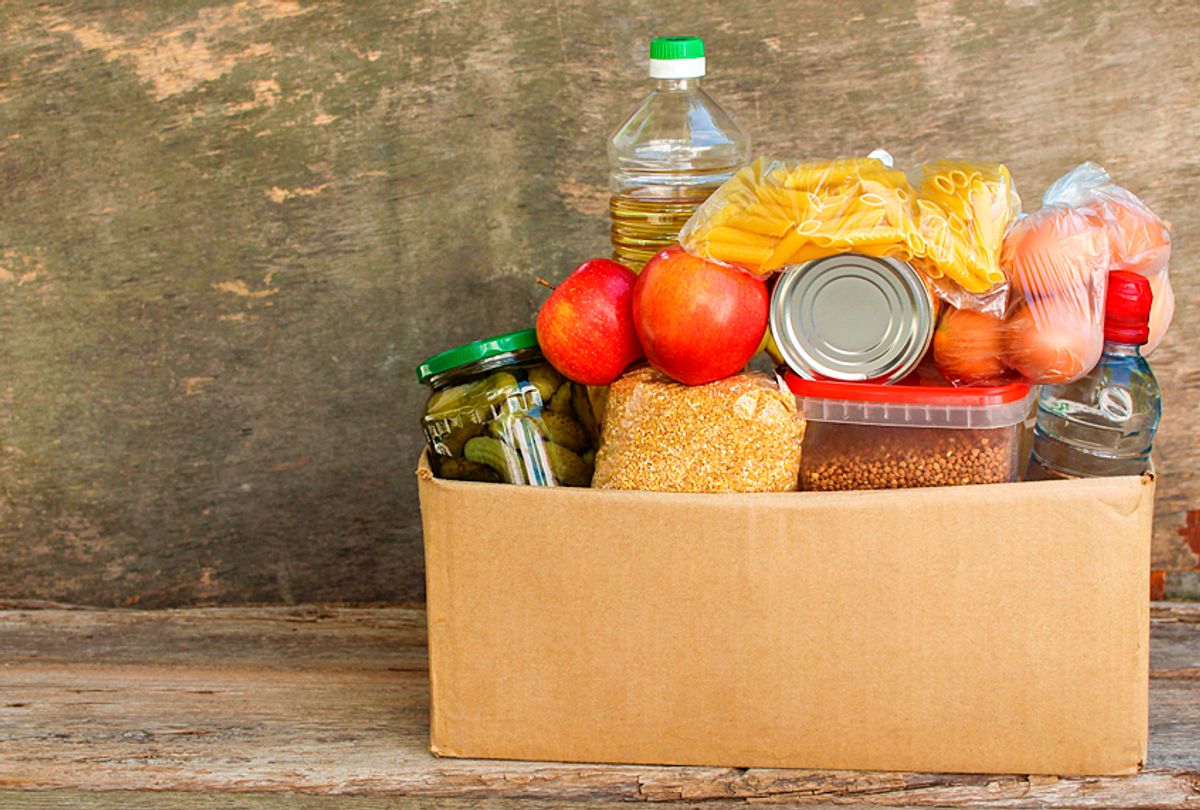 The Trump administration is waging its latest, and most unnerving, attack on America's working poor. And they want it delivered to your door each month.

The proposal — cutting food stamps in half, and replacing them with boxed nonperishable foods each month — was touted by budget director Mick Mulvaney, who compared it to a "Blue Apron-type program." Blue Apron is a high-end meal deliver program that had a horrible stock debut in 2017, Politico noted. Mulvaney said the plan is expected to save the government $129 billion over the next decade, and would give recipients healthier food than they currently have.

Here's what Americans have to look forward to, via Politico:

The proposal, buried in the White House’s fiscal 2019 budget, would replace about half of the money most families receive via the Supplemental Nutrition Assistance Program, also known as food stamps, with what the Department of Agriculture is calling “America’s Harvest Box.” That package would be made up of "100 percent U.S. grown and produced food" and would include items like shelf-stable milk, peanut butter, canned fruits and meats, and cereal.

But Trump's plan isn't even comparable to Blue Apron, however, because the American Harvest Box "doesn’t include fresh items, like produce or meat, which are the core of Blue Apron and its competitors."

Delivery was also another issue, because the federal government's projected cost of the plan, doesn't ensure that food will be delivered to every recipients home. The USDA claimed it could deliver the boxed food at "approximately half the retail cost" for SNAP's 16 million recipients.

"The projected savings does not include shipping door-to-door for all recipients," USDA spokesman Tim Murtaugh said. He explained that the states would "have flexibility" in how the food is distributed, but also touted another another hallmark of the Trump presidency: Kicking it to the states.

In reality, the proposal is disturbing and raises almost an endless list of questions about why the government would believe this is a more efficient method than giving poor people money, and letting them buy things at their local grocery stores. It's also contrary to conservative orthodoxy that Republicans would literally give food to poor people — and determine what foods poor people should be eating.

The Trump administration has also hinted at targeting immigrants who use services like SNAP, or other social programs, Reuters first reported. But a few dollars could buy rice and beans that could feed a family for weeks, perhaps. What will happen to them if, instead of cash to buy subsistence foods, they're given a few cans of green beans?

The feedback on the proposal wasn't positive.