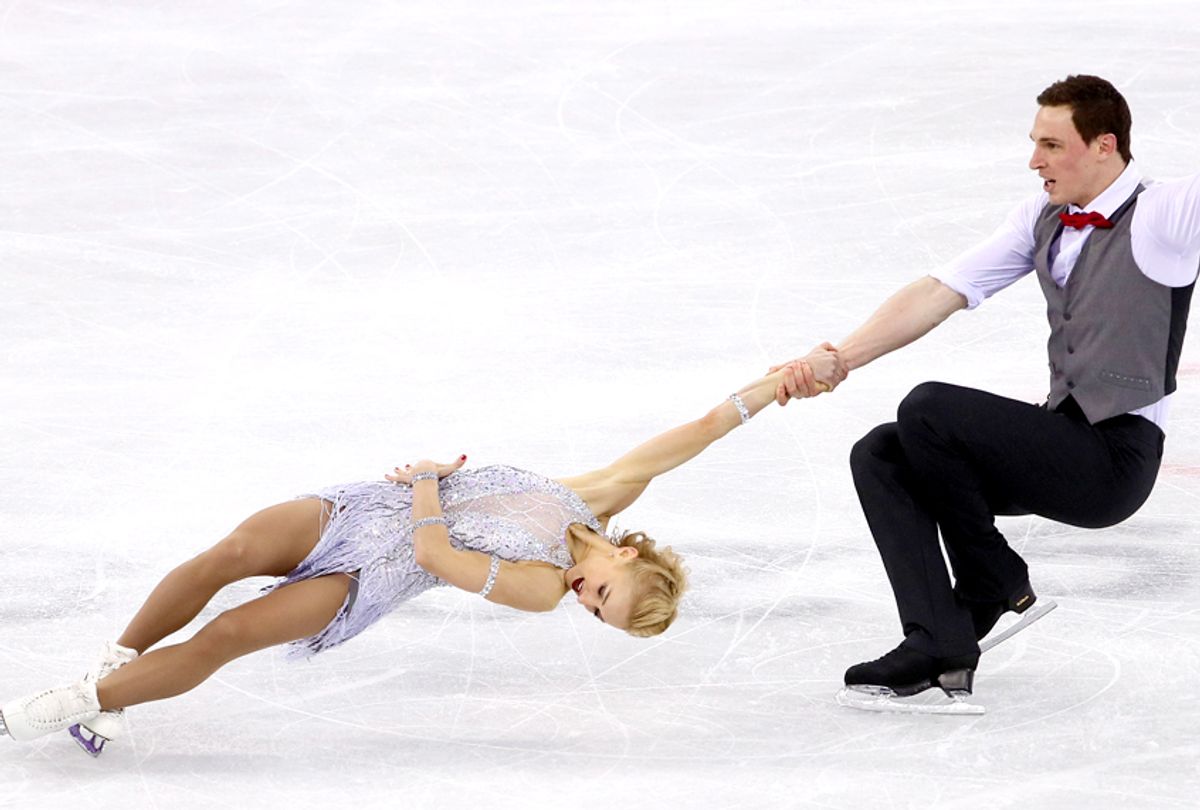 The Olympic Games are a time for Americans to get together and cheer on the red, white and blue. And, in true unifying spirit, people online have united — a reaction to one sports reporter's opinion that figure skating isn't a sport.

"I have the utmost respect for figure skaters, only a few people in the universe can do it and they deserve my praise" tweeted Edward Egros, a weekend sports reporter in Dallas for KDFW-TV, Monday. "But it’s not a sport."

Egros, trying to clarify, described the sport as too "subjective," saying instead it was an "art form." Still, he added, it was "really hard."

Olympians from various eras chimed in, including Team USA's youngest member this Olympics, Vincent Zhou. The 17-year-old suggested Egros not comment on figure skating anymore since, you know, he's a sports reporter and it's apparently not a sport.

And Gracie Gold, who competed with Team USA in the 2014 Games in Sochi, Russia, posted the definition of "sport" to dispel Egros' claim. "Seems like skating is the definition of sport," she said, "try to keep up."

Seems like skating is the definition of sport. Athletes in this sport have to compete while looking hot af. Try to keep up 😘 pic.twitter.com/vqgV38sNy0

But it wasn't just U.S. Olympians. Canadian figure skater Jeffrey Buttle, who won bronze at the Olympics in Italy in 2006, questioned if this logic applied to all sports that "include any degree of subjectivity." It's an important question, as the legitimacy of figure skating is often signaled out, but not sports like diving, or as Buttle says, any sport that features decision-makers.

Egros doubled down and deflected.

Rather than an apology, he added that he's said far "worst things."