Michelle Obama created a Valentine's Day mix for Barack, and it’s a gift to us all 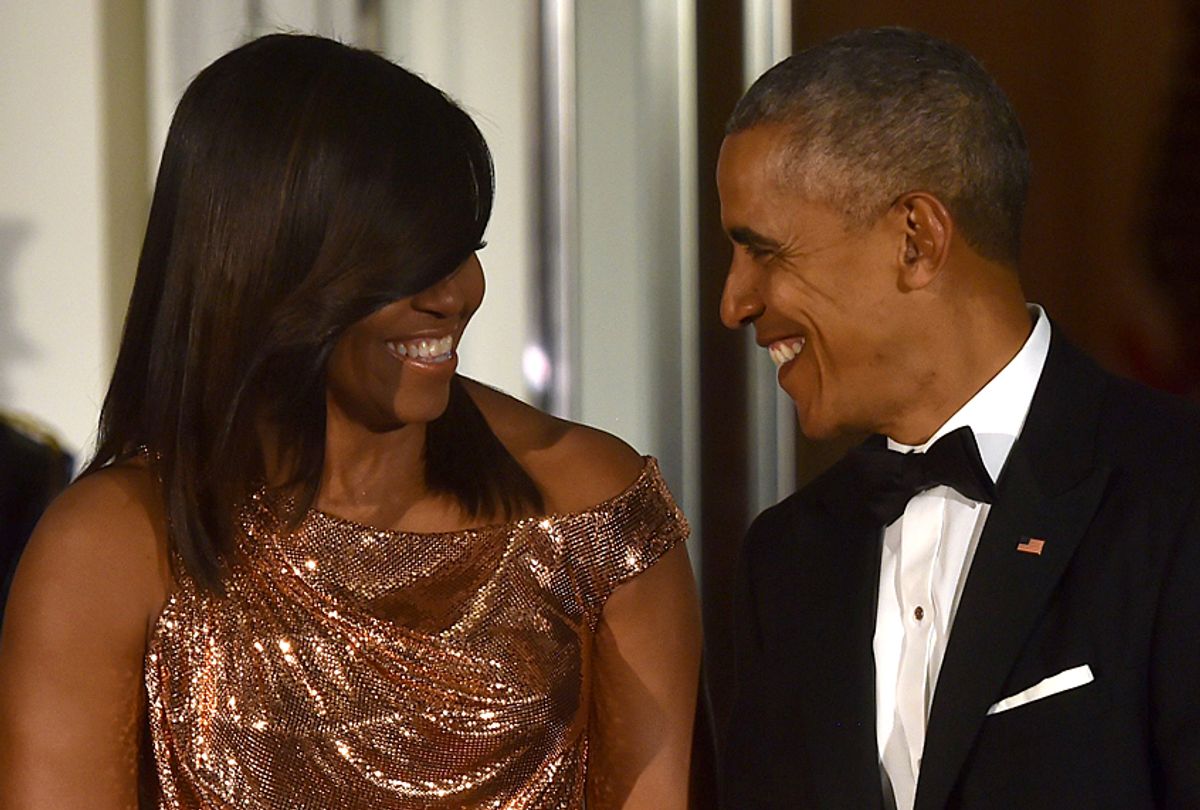 The Obamas come up with increasingly charming ways to celebrate the major milestones in their relationship – and this Valentine's Day is no exception.

On Tuesday, Michelle Obama embraced the age-old tradition of making a mixtape for your crush, tweeting out the link to her husband of 25 years. But it's really a gift to us all.

“Happy #ValentinesDay to my one and only, @BarackObama. To celebrate the occasion, I’m dedicating a little Valentine’s Day playlist to you!” Michelle wrote on Twitter. She attached a link to the Spotify playlist, which is appropriately titled “Forever Mine: Michelle to Barack.”

Happy #ValentinesDay to my one and only, @BarackObama. To celebrate the occasion, I’m dedicating a little Valentine’s Day playlist to you! 💝 https://t.co/aHSQAL25mH

The playlist features 44 songs – a seeming reference to Barack Obama's role as the 44th president of the U.S. It's filled with classics like Diana Ross' "Endless Love," Whitney Houston's "I Wanna Dance with Somebody (Who Loves Me)" and Etta James' "At Last," which the pair danced to following President Obama's first inauguration. It also features contemporary hits from Beyoncé, Rihanna, Kendrick Lamar, Calvin Harris, John Legend and Alicia Keys.

The former president responded to Michelle's Valentine's Day playlist with a message on his social media accounts, and it's equally heart-warming. "Happy Valentine's Day, @MichelleObama," he wrote. "You make every day and every place better."

Barack Obama posted a similarly adoring message in honor of his wife's birthday, where he smiles in admiration at Michelle Obama, on Jan. 17. “You're not only my wife and the mother of my children, you're my best friend," he wrote at the time. "I love your strength, your grace, and your determination. And I love you more each day. Happy Birthday, @MichelleObama."

The Obamas reached a marriage milestone in October when they celebrated their 25th wedding anniversary. The first couple to-be tied the knot on Oct. 3, 1992, at Trinity United Church of Christ in Chicago. On that day, Michelle Obama also took to social media then to wish her "best friend and most extraordinary man" a happy 25th.

The Obama’s love is always praised online as a relationship goal – a search on Twitter with "Michelle, Obama, Goals" quickly shows how many people adore the couple. Whoever said marriage gets dull over time has probably never met the Obamas.