Barack Obama just wrote a birthday message for Michelle Obama, and it's wonderful 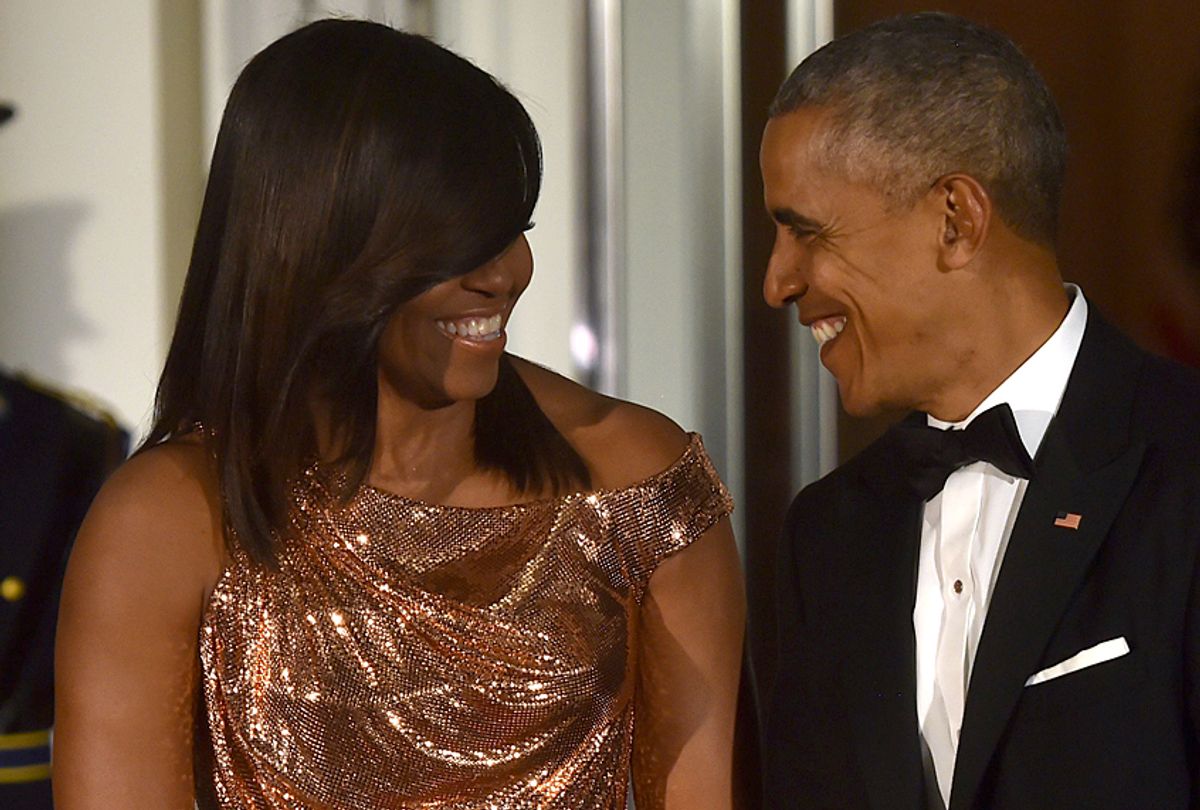 Barack Obama warmed hearts on Wednesday with an adoring message for Michelle Obama.

The former president shared a photo of him and his wife on Instagram in honor of her birthday, where he gazes at his wife and smiles in admiration.

"You’re not only my wife and the mother of my children, you’re my best friend," Obama said in the Instagram post, "and I love you more everyday." The former First Lady turned 54.

You're not only my wife and the mother of my children, you're my best friend. I love your strength, your grace, and your determination. And I love you more each day. Happy Birthday, @MichelleObama

Michelle Obama responded by thanking her husband, her "best friend, biggest fan," for the birthday flowers, with an Instagram post of her own. She also thanked "people from around the country who sent cards and posted on social media" wishing her a happy birthday. "Thank you @BarackObama for the beautiful flowers waiting for me in the office this morning," she wrote. "Getting notes and flowers from you will never get old."

Thank you @BarackObama for the beautiful flowers waiting for me in the office this morning. You’re my best friend, biggest fan, and getting notes and flowers from you will never get old. And to the many people from around the country who sent cards and posted on social media, you have no idea how much we love hearing from you. I know birthdays can sometimes be bittersweet (54!), but your messages of hope, generosity, and warmth have always reminded me how lucky and blessed we are. A post shared by Michelle Obama (@michelleobama) on Jan 17, 2018 at 12:41pm PST

In October, the former POTUS and FLOTUS reached a marriage milestone when they celebrated their 25th wedding anniversary. The presidential power couple tied the knot on Oct. 3, 1992 at Trinity United Church of Christ in Chicago. Michelle also took to social media then to wish her "best friend & most extraordinary man" a happy 25th.

Happy 25th anniversary @barackobama. A quarter of a century later, you're still my best friend & the most extraordinary man I know. I 💕 you. pic.twitter.com/y0nevQmatB

The Obamas' romance is always well received online – a search on Twitter with "Michelle, Obama, Goals," quickly shows how many people admire the couple. Whoever said marriage gets dull and boring over time probably never met the Obamas.