Rob Porter is no anomaly: He's the perfect symbol of Trumpism

In a White House characterized by vicious bigotry, sexism and lying, Porter only stands out because he got caught 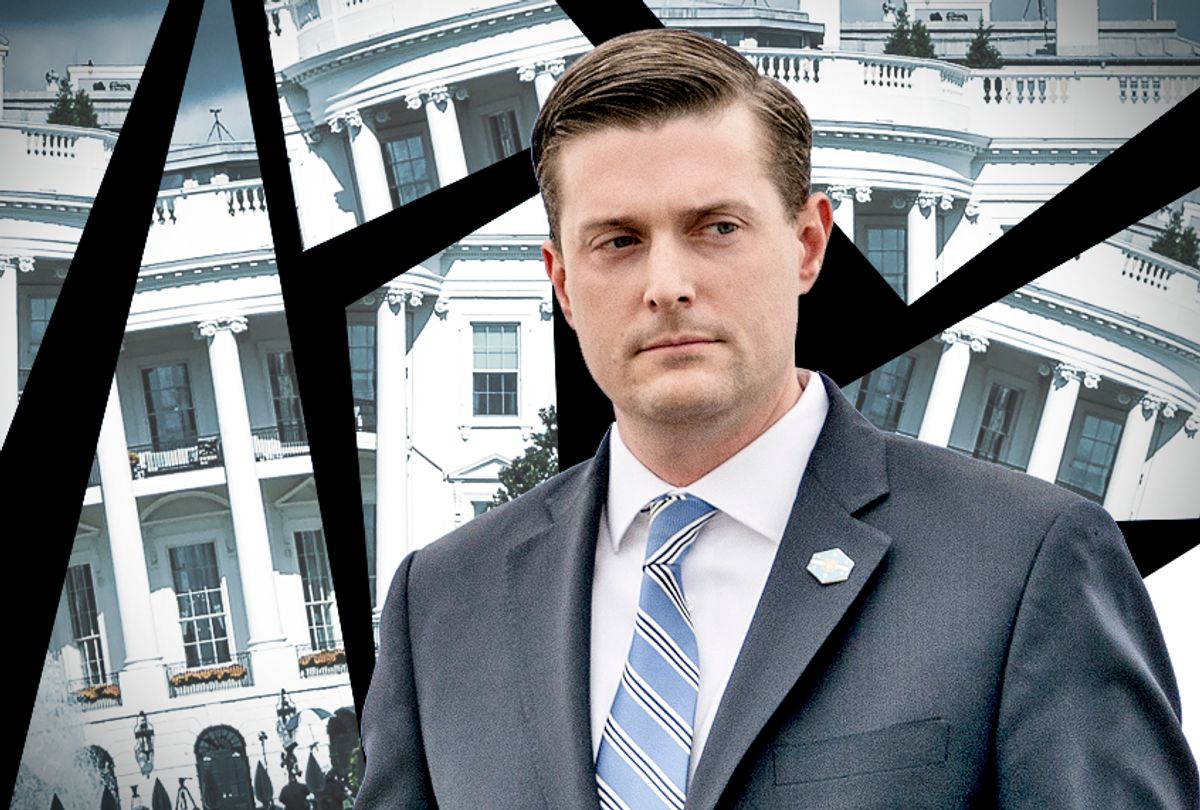 What kind of person is Donald Trump? He has shown himself to be a racist and a white supremacist, as well as a misogynist, a serial liar and a malignant narcissist. He is greedy, craven, ignorant and manifestly corrupt. He is also a petit-fascist and a demagogue.

Given those traits, what kind of person would want to work in his White House?

Here are some examples.

Trump's chief of staff, the supposedly "honorable" retired general John Kelly, has revealed himself to be a liar, a racist and a sexist. Instead of being a babysitter for Donald Trump who would bring some order and maturity to the White House, Kelly has lately been revealed as one of the president's biggest enablers and allies.

Steve Bannon, former head of the right-wing propaganda site Breitbart News, was one of Trump's closest confidants and advisers during the presidential campaign and most of Trump's first year in the White House. (It's an open question whether their purported rupture is permanent.) Bannon is openly sympathetic to the "alt-right" white supremacist movement, and has embraced many of its views under the cloak of "ethno-nationalism."

Stephen Miller is also a white supremacist, far more clearly than even Bannon. Miller is claimed as a protégé by Richard Spencer, the United States' most prominent neo-Nazi. Miller is one of Trump's closest advisers, primarily responsible for the administration's immigration policies which are designed to maintain a white majority in the United States until at least 2049.

Then there is staff secretary Rob Porter, now the former White House staff secretary. Porter was forced to resign last week after multiple allegations that he had physically abused his two former wives, with photographic evidence to match. This aspect of Porter's past, it now appears, was well known inside the Trump White House. That did not disqualify him from his highly sensitive position. Nor was his questionable background and behavior sufficient to prevent Porter from having access to classified information. (Porter has denied the alleged abuse, and Kelly and other administration officials have denied knowing the details.)

Porter is not the only person in Trump's White House who allegedly abuses female partners. White House speechwriter David Sorensen also resigned last week after reports that he had also allegedly abused his ex-wife. Steve Bannon was also accused of domestic abuse by his  former wife. According to the Kremlin-on-the-Potomac rumor mill, when the president (then a candidate) became aware of that fact, he "jokingly" referred to Bannon as "Bam Bam."

It would seem that the phrase "the personal is political" most certainly applies to Trump and his inner circle.

Racism and sexism do not exist apart from one another. They are manifestations of authoritarian tendencies and social dominance behavior. As such, sexism and racism often occur simultaneously and reinforce one another.

In a 2011 academic paper, the Spanish psychologists Maite Garaigordobil and Jone Aliri elaborated on this:

Sexism is linked to authoritarianism and a leaning towards social dominance. ... In other words, sexist people accept hierarchies and social inequality, they believe that different social groups have a status that they deserve and they feel that the social class to which they belong is the best.

The implications of the relationship between sexism and racism can also lead to violent consequences. also have implications for violence. The authors summarize that dynamic this way:

[S]exism is one of the main beliefs that keeps gender inequality alive and if we bear in mind the close connection between sexism and domestic violence, encouraging equality and reducing prejudice will have a positive affect on preventing violence in general.

As repeatedly documented by social scientists and other researchers, the intersection of racism, sexism, social dominance behavior, violence and authoritarianism also reflects the attitudes and beliefs shared by Donald Trump's voters and most supporters of the contemporary Republican Party.

In the right-wing political imagination, white men -- especially conservative so-called "Christians" -- are always given the benefit of the doubt. Moreover, white masculinity is perceived as being always noble and good. Those who possess such attributes are seen as inherently decent, despite all available evidence to the contrary.

President Trump himself communicated this delusion after the lethal white supremacist riot in Charlottesville when he said that the racists and neo-Nazis gathered there included "very fine people." He continued with his fantasy of white male right-wing disadvantage in a recent Twitter outburst that appeared to refer to Porter and Sorensen:

Peoples lives are being shattered and destroyed by a mere allegation. Some are true and some are false. Some are old and some are new. There is no recovery for someone falsely accused -- life and career are gone. Is there no such thing any longer as Due Process?

Of course Trump showed no signs of empathy or sympathy for the women allegedly abused by Porter and Sorenson.

Ultimately, in the upside-down world of Donald Trump and his supporters, the victimizer is the victim and those who oppress others are actually the oppressed. No justice can emanate from such a space, or from such people, when the basic tenets of morality and human decency have become so distorted and perverse.