Is this what justice looks like? I could get used to it

I wasn't shocked by Baltimore's Gun Trace Task Force racketeering case. I know all too well what police can do 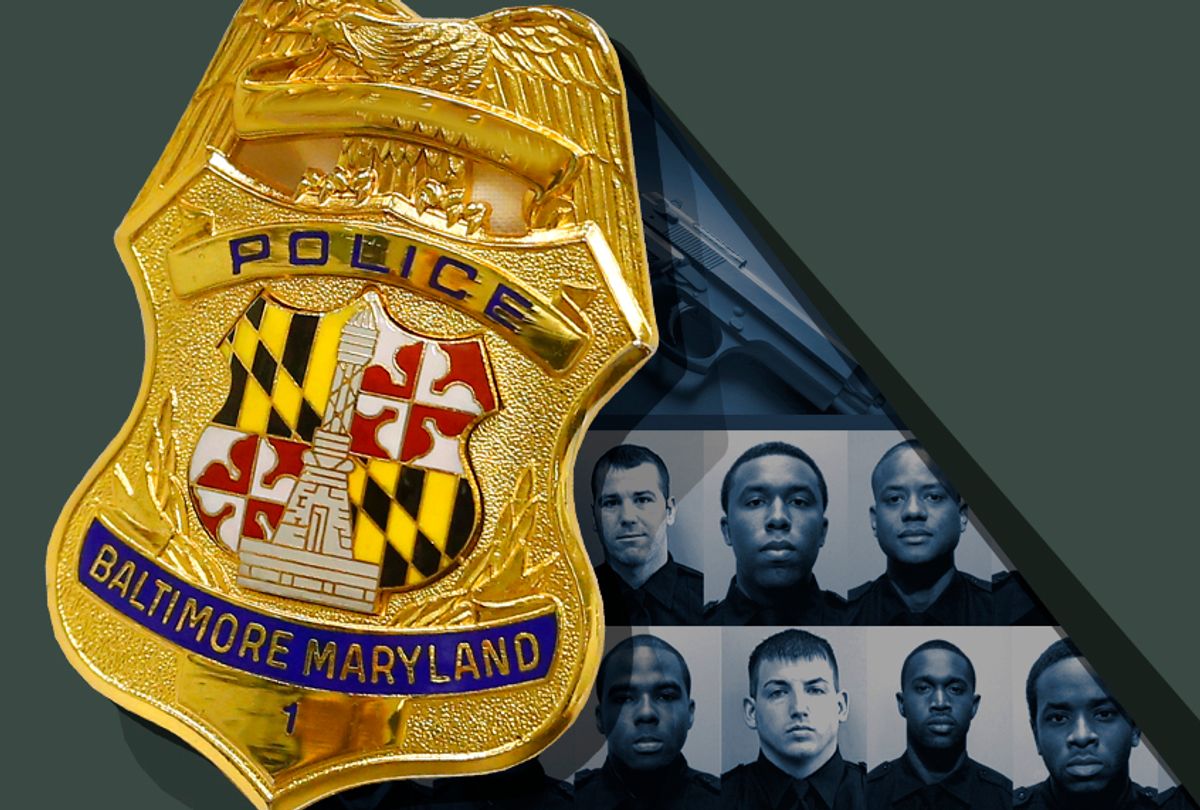 Three decades in America and I just witnessed justice for the first time.

"Danny Hersl wasn't a part of this monster group. He wanted out. He wanted out right away,” Steve Hersl, Daniel’s brother said outside of the courthouse, after the verdicts were returned. “He was getting out two weeks before he got busted.”

“He's devastated," Hersl’s lawyer William Purpura added. "He has absolutely no criminal record . . . He's been in jail now for close to 11 months and he, quite frankly, was hoping he would be coming home."

I understand where Hersl’s brother and lawyer are coming from; they're on his side, and they're fortunate enough to have a platform for that support, thanks to news outlets willing to listen to their side of the story. Hersl's brother probably loves him dearly, and maybe he can’t see him in the same light as the prosecutors and jury did.

But we can. This is how Hersl has affected our community.

Back in 2014, Kevron Evans, who raps under the name Young Moose, sat in a jail cell while his mixtape "Out the Mood 2" went viral, racking up millions of hits and downloads from mixtape sites and YouTube. Evans is from my neighborhood, so I was kind of aware of his work, but I didn’t know how popular it really was until the kids at Friendship Academy, where I taught, put me down. They were analyzing the lyrics and showing me the videos, telling me how excited they were to support a rapper doing well telling stories about our neighborhood.

And then I learned that Daniel Hersl was his arresting officer. At the time, I knew Hersl had been harassing people from our neighborhood for years, calling us names and even beating people from time to time. A closer look showed me that the city had paid out nearly $200,000 in misconduct settlements between 2007 and 2014 in response to suits filed over Hersl's misconduct on the job. (I’m not sure where Hersl’s brother was when the officer was out illegally harassing people, beating citizens, costing the city money and leaving us tax payers responsible for flipping the bill.)

At the time, my friend Tap, who has been around longer than me, reminded me of how we knew Hersl, beyond the headlines.

“He’s that cop that would walk by the carry-out on Broadway and slap the food out of people’s hands!” Tap said, his eyes intense. “Didn’t matter if you mouthed off or not, he thought that stuff was funny. You remember that clown!”

I did remember that clown, so I decided to report Young Moose's story for Baltimore's City Paper. I wrote about how he stimulates the local art community through his music and how the settlements paid out in response to complaints about his arresting officer's behavior amount to theft, basically, from tax payers.

This is what Young Moose told me about Hersl, from a jail call in 2014:

“He’s a dirty cop and he has a personal vendetta against me,” Moose says. “He always lies on me and I only pleaded guilty to my last charge because he locked up a friend who wasn’t supposed to go to jail. I can’t remember a time when I wasn’t bein’ harassed by him. He keep harassing me and even attacked my mother. She asked Hersl for a warrant during the raid and he said ‘You must be Moose’s mother, I have something better!’ and then locked her up.”

Young Moose has since been released from prison and is working on music in Atlanta. His career looks promising once more, right as the dirty cop's own has come to an end. Young Moose’s arrest was heavily reported at the time, and he was portrayed as a bad guy who got what he deserved. But Moose stuck with his story and maintained his innocence. Now, the truth about what Hersl was all about has finally emerged. The sad part is that Moose had to sit in prison, and that our city and our country is full of so many similar stories, because dirty cops like Hersl and Taylor are normally not brought to justice.

The criminal actions of the corrupt police officers of the Gun Trace Task Force never shocked me, because of what and who I know. However, I am shocked that they are finally going to be held accountable. Is this what justice feels like? I could get used to it.