"You need to take some action": School shooting survivors express frustration with Trump on guns

"Please, this is the 18th one this year. That's unacceptable. We're children" 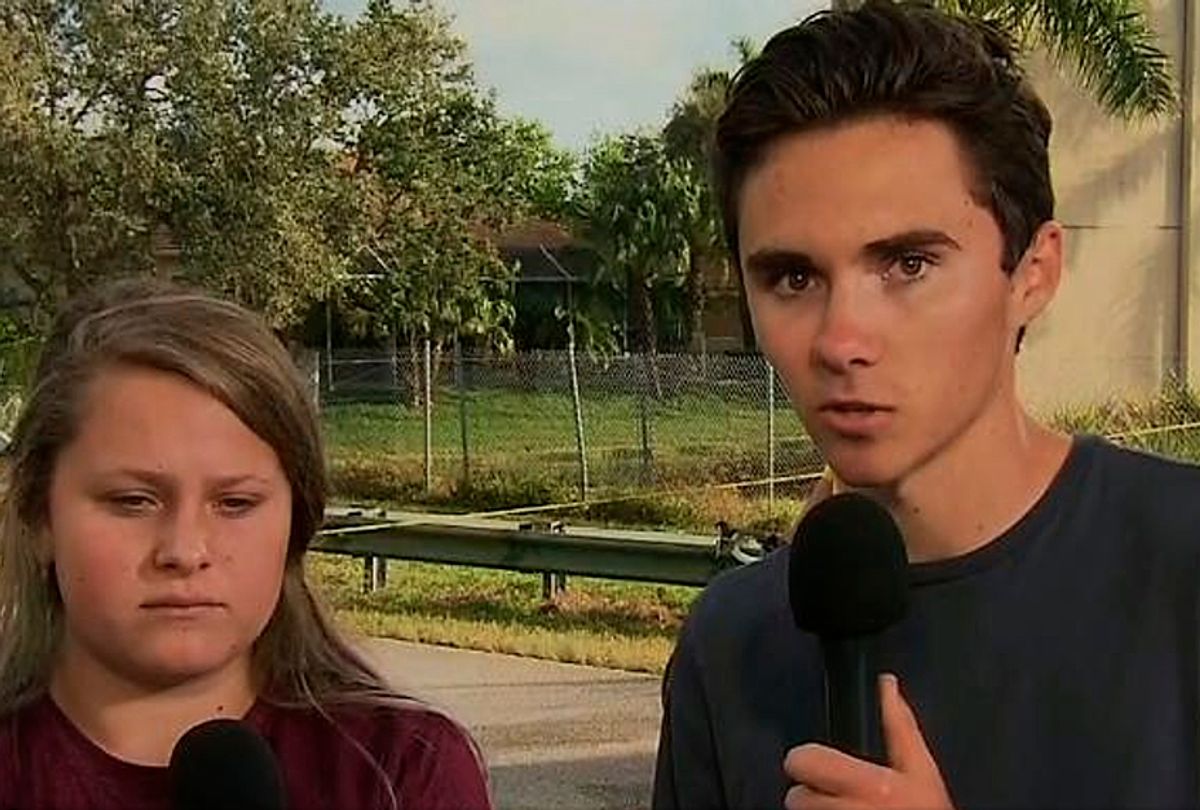 A senior student who survived the mass shooting that took the lives of 17 people at Marjory Stoneman Douglas High School on Wednesday delivered a stern message to the adults running the country: Do something.

“I don’t want your condolences,” tweeted one student, in a since deleted tweet, at President Trump, who tweeted his thoughts and prayers to the survivors. “Multiple of my fellow classmates are dead. Do something instead of sending prayers. Prayers won’t fix this. But Gun control will prevent it from happening again.”

Another student, David Hogg, demanded action from the country's leaders.

"Please, this is the 18th one this year. That's unacceptable. We're children. You guys are the adults," Hogg told CNN in the aftermath of the tragedy. "You need to take some action and play a role. Work together, come over your politics and get something done."

That there are so many mass shootings in the United States, Hogg said, "is a testament to where this country has come."

Asked if he had a message for lawmakers directly, Hogg turned to the camera and said, "action."

"My message to lawmakers in Congress is please take action," Hogg pleaded. "Ideas are great. Ideas are wonderful and they help you get reelected and everything but what's more important is actual action, and pertinent action, that results in saving thousands of children's lives."

On Wednesday, a 19-year-old gunman, Nikolas Cruz, who was a former student at the school and had a known past obsession with guns, killed 17 people. The school shooting, this time in Parkland, Florida, marked the 18th so far in 2018 alone. Cruz was arrested by authorities after the incident, and he was previously expelled from the school for reasons that have not yet been made public, according to Reuters. He was found "with multiple ammunition magazines and one AR-15-style rifle."

But Hogg's plea to lawmakers appears to have fallen on deaf ears, as Sen. Ted Cruz, R-Texas, immediately blamed the Democrats for "politicizing" the tragedy. Cruz then proceeded to use the alleged accounts of victims at a church shooting in Texas last November to justify not passing sensible gun control legislation.

"The reaction of Democrats to any tragedy is to try to politicize it," Cruz said on "Fox & Friends."

He added, "So they immediately start calling that we've got to take away the Second Amendment rights of law-abiding citizens. That's not the right answer."

It's important to note Cruz has a very close-knit relationship with the National Rifle Association.

Fortunately, the country has a sensible and rational generation of young people like Hogg. Unfortunately, Hogg is not a U.S. Senator, and instead, Cruz is.