Rick Gates is close to reaching a plea deal with Mueller's investigators: report 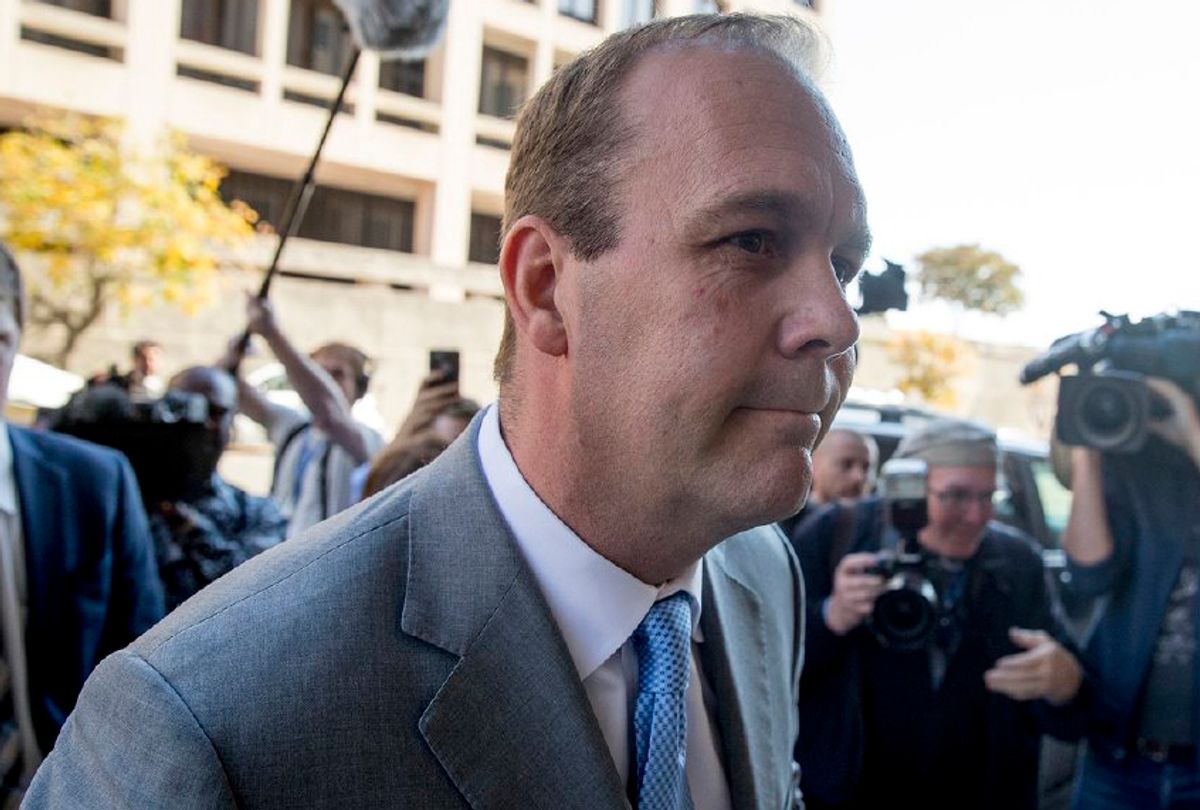 The former deputy to Paul Manafort, campaign manager for Trump, is in the process of finalizing the plea deal after roughly one month of negotiations, according to CNN. Once Gates has an official plea deal, he will be the third person known to be cooperating with Mueller's investigation into alleged Russian meddling in the 2016 presidential election. Gates' plea deal could also increase pressure on Manafort, who also used to be Gates' business partner. Like Gates, Manafort pleaded not guilty on October 30 for alleged financial crimes that did not involve his work on the Trump campaign.

A crucial component in working out any plea deal is the value of what a defendant can offer investigators. Although it's unclear how Gates could help the Mueller investigation in proving collusion between the Trump campaign and the Russian government, the contents of his plea deal will depend on whether he says anything of value — and, more importantly, whether what he says can be verified by Mueller's investigators.

One important step has already been taken in the Gates case: He has had his so-called "Queen for a Day" interview, wherein a defendant answers all questions from a prosecutors' team.

Gates' case has been a particularly weird one, even in an investigation that has already been notable for its unusual details. Last month Gates' attorneys announced that they were withdrawing from his case for reasons that they asked to remain confidential. In an unsealed court document, they argued that "irreconcilable differences have developed with the client which make our effective representation of the client impossible."